Sporting KC has had a tough run this season, and New England seems primed to pounce, especially in the first half. The Revolution will be televised — see how you can turn the best value from this matchup with our MLS betting picks.

Two of last season’s top MLS teams find themselves in unfamiliar territory, as the New England Revolution hit the road on Sunday to visit Sporting Kansas City. After setting a league record with 73 points last season, the Revs find themselves a few points out of a playoff position, while Sporting sit dead last in the Western Conference.

Both clubs come into this match with questions surrounding their goal-scoring and with key players absent, but both will want to pick up a valuable three points. Can Kansas City get just their second win since March, or will the Revolution push their unbeaten streak to six matches? Here are our Sporting KC vs New England Revolution picks and predictions for Sunday, June 12.

Sunday afternoon is going to be an absolute scorcher in Kansas City, with copious amounts of sunshine pushing the heat index into triple-digits. There is zero chance of rain, and only a slight amount of wind to help cool things down.

Since taking over as manager in 2009, Peter Vermes has seen his Sporting KC side finish worse than sixth in the West just one time. It seems highly unlikely at this juncture that mark will stand, as Sporting are mired in a stretch of 10 matches that have seen them secure a total of seven points from a possible 30. They’ve lost eight of their 15 matches this season, and despite having played more matches than most teams, have scored a league-fewest 13 goals while holding a minus-13 goal differential.

They’ve conceded 26 goals this campaign, albeit seven came in a humiliating 7-2 defeat to Portland. They’ve cleaned things up a bit over the past three matches as they’ve conceded just once in each.

Despite having one of the higher possession percentages in the league, they’re unable to turn opportunities into goals, and then get hit on the break. Their average shot distance of 18.1 yards is the third-longest in the league, and only one team has fewer than their 2.93 shots on goal per 90 minutes.

Bruce Arena’s side has turned things around over the past month after a rough start to their own season. Going back to their 2-0 win over Inter Miami on April 30, they’ve won two and drawn three including a 1-1 draw with Philadelphia in their last outing. Much of their success coincided with the return of Matt Turner in goal, and an emphasis on creating better goal-scoring chances.

More than three-quarters of their shots in the past five matches have been taken inside the penalty area, and their 14.9 yards per shot is second-best in the league. Adam Buksa and Carles Gil have been a formidable pair in attack, but Buksa’s absence was noticeable against the Union, as they scored just once despite recording 2.95 xG for the match. Buksa’s sale this week to France’s FC Lens for $10 million opens the door for Gustavo Bou, who did convert a penalty in the draw, to step up after a strong 2021 campaign.

Neither of these two teams has played since late May, and Kansas City have, for years, been a side that struggles with long stretches without playing. While the rest will help some injured players return, they’re lacking match fitness and will be reintegrating with the squad. They also will be without leading scorer Daniel Salloi, who is away with Hungary on international duty. Now, they will take on a New England side that swarms on the counter-attack, has scored multiple goals in six of their last eight matches, and is in decent form.

While the loss of Buksa will be felt, Gil is back in the form that saw him named MLS MVP in 2021, where he assisted 18 goals and scored four. The Revolution are clearly the better side this season, but their 3-2 win at Cincinnati in their last away match was their first victory in six attempts this season. I like New England to get a result, but the double chance offers no value, so protect against an unlikely draw and take the Revs to win with a shared result voiding the wager.

The trends suggest that this match should see plenty of goals, as not a single one of New England’s six away matches this season have seen fewer than four scored. However, with the leading scorer for both teams gone, I could see this match ending 0-0 just as easily as 3-2. Instead, there is a better trend to tail in this one for a total play.

New England has the seventh-best performance in first halves this season in MLS. Over their last four away matches, the Revs scored in the first half of each, tallying five goals in total. They’ve also scored in six of their last eight matches prior to the halftime break.

On the flip side, Sporting have struggled mightily in the first half this campaign. They’ve allowed 10 goals in 15 matches, and they’ve conceded in the first half of each of their last three home tilts, allowing four goals in total. With Gil pulling the strings, I am very big on that trend continuing in this one.

So far in the 2022 season, New England has the sixth-most touches in their opponent’s 18-yard box of any team in the league. This has been a key factor for their improvement in shot quality over the past month, with Gil being at heart of their attacking third prowess. While he’s usually setting players up more than scoring, he did bag a hat trick in their 5-1 win over Cincinnati in the US Open Cup a month ago.

Kansas City has struggled this season with creative players getting into open space on the counter-attack, a weakness Sebastian Blanco exploited often in Portland’s 7-2 win last month. He scored twice and assisted two others as his vision and creativity carved the defense apart. Gil has four assists in his last six MLS matches, and should be given similar opportunities on Sunday. Provided his teammates are able to capitalize, I love him to add yet another assist to his season tally before the final whistle blows. 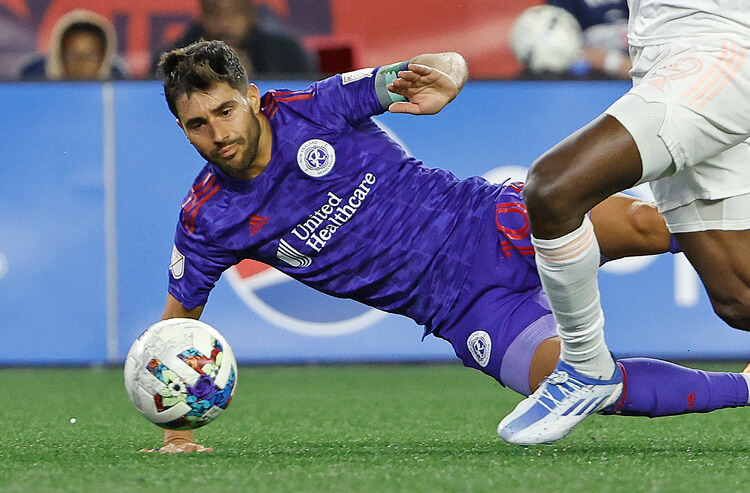