D.C. United have struggled mightily to score, and Andre Blake doesn't profile as someone to let them off the hook easily. Find out why we're backing Philadelphia to keep dominating this rivalry at home with our MLS betting picks.

It’s Rivalry Week in Major League Soccer, and a capital clash will kick things off as the Philadelphia Union play host to DC United on Friday night. Two teams from opposite ends of the Eastern Conference table collide in a rivalry that has been quite one-sided of late, especially in Philadelphia, where DC United have lost eight straight visits.

With a match in hand on the New York Red Bulls, the Union will hope to claim all three points and move into the top spot in the East. To do so, they’ll need to defeat a DC United side that scored five goals on Tuesday night and are hopeful their win over Orlando will be a turning point in their season.

See how the match will play out in our Philadelphia Union vs DC United MLS picks and predictions for July 8.

A hot day will turn into a pleasant evening, with temperatures in the low 80s at kickoff and dropping throughout the match. There is a slight chance of rain in the forecast, but conditions should likely remain dry with full cloud cover and a light breeze.

While the Union sit second in the Eastern Conference at the moment, it’s been a rough month. With many of their homegrown talents away on international duty, they had to navigate a stretch of three matches in nine days, two of which came on the road. They failed to score in either of those away matches, including a 0-0 draw at Columbus on Monday that can be considered a decent result given the circumstances.

The biggest concern is their lack of attacking threat at times this season. The Union have scored multiple goals just three times over their last 12 matches, a key reason they’ve won just twice in that span. While they’ve lost just two times during that run as well — including a shocking 1-0 defeat to Chicago last week — their stellar defensive performances have led to far too many draws for a side looking to win a title.

DC United would be happy to have some of those draws, especially on the road. Their thrilling 5-3 win over Orlando City on Tuesday night was just their second road victory of the season, and ended a five-match winless run away from home. The five goals were as many as they had scored in their other six road matches combined, assisted by three major defensive mistakes by the Lions.

Taxi Fountas scored the first three goals of the match, which allowed him to tie an MLS record with nine goals through his first eight starts in the league. The Greek striker has scored seven of his goals in three matches, leaving United hoping he finds a bit more consistency for an attack that scored just 18 goals in their 15 matches prior to the Orlando win. More concerning is their defensive performance, with only four teams conceding more goals than their 30 this season–despite having played one fewer match than any other team in the league.

While the Union are struggling to score at times, they’ve conceded next to nothing at home this season. Despite allowing nine goals in the second half this year, they’ve allowed just three in seven home matches. Before the halftime interval, that number is even lower–just twice has an opponent scored, while Philadelphia has scored seven goals of their own.

Philadelphia’s 11 wins in the last 15 meetings between these two sides are the second-most of any team over another since the start of the 2016 season, and they’ve led at halftime in five of the last six home fixtures against DC United. That trend should continue here, as DC United have scored just four first-half goals away from home this season —two of which were gifts from Orlando — and have led at the break just three times all season.

As we touched on earlier, Philadelphia’s struggled at times to score goals this campaign. Not only have multiple-goal outings been rare, they’ve dried up at home as well. Their last home match, a 2-1 win over NYCFC, was the first time their home fans celebrated more than one goal since early April.

That said, their defense has been stellar at home, a key reason that NYCFC match was also the only match out of nine at home that has seen more than two goals total. Now they host a DC United side that, apart from the Orlando anomaly, has scored in just four of their six road excursions this campaign. Add those factors together, and you have a recipe for a low-scoring affair.

Going along with the low-scoring prediction, the odds are fairly strong that DC United will fail to score at all in this match. While Fountas has shown he can score goals, few others on the team have consistently provided the side with an attacking threat. Meanwhile, the Union know that Andre Blake can bail them out if he does get into scoring position, as the goalkeeper has played every minute this season for the side and leads the league in save percentage by a substantial margin. 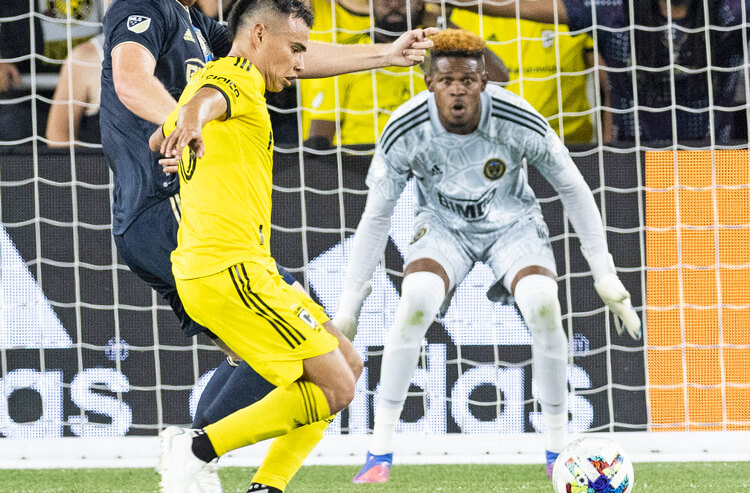