Austin FC came out on top in the last meeting between these two teams, but LAFC was 3-0 against them beforehand. Read more to see what we're betting on in Friday night MLS action between Austin FC and LAFC.

The top two Western Conference seeds square off Friday when LAFC visits Q2 Stadium to face Austin FC. LAFC, the runaway leaders of the Western Conference, suffered its first defeat in eight games when they lost 2-1 at San Jose five days ago.

LAFC reeled off seven successive victories before the latest setback, a stretch in which they outscored opponents 19-5. Austin FC hasn’t performed exceptionally well at home despite their second-best Western Conference record. With the conference’s seventh-best home record, Austin has won just two of its previous seven at Q2 Stadium.

Find out more in our MLS picks and predictions for Austin FC vs. LAFC on Friday, August 26.

Expected cloud cover won’t offer much reprieve, as temperatures should hover around 90 Fahrenheit for the duration. Winds will be light at about 6 mph, and humidity should be moderate (46%), while precipitation chances are forecast at 15%.

You will have loved the recent spate of goals at Austin FC home games if you’re a neutral supporter with an affinity for wild-west shootouts. Unfortunately, with an explosion of 20 goals in Austin FC’s previous three home matches, coach Josh Wolff will not have the same good-humored outlook.

The first-time head coach will enjoy seeing his side score at will but won’t take any pleasure in the porous nature of his rearguard. Austin FC has conceded 10 goals in three games and 15 in its previous six at Q2 Stadium. Fortunately for Wolff and the rest of his coaching staff, his side’s prolific offense is potent enough to offset the defensive frailties.

Sebastian Driussi has scored a league-leading 18 goals on just 30 shots. He’s two goals ahead of Nashville’s Hany Mukhtar and has bagged nine goals in as many previous games. Austin FC will have to find a way to shore things up at the back if they have any chance of upending LAFC, the conference’s second-best away team.

LAFC won three straight on the road before losing to the Earthquakes. The only team that has scored more away goals and has a better record in enemy territory than LAFC is Wolff’s Austin FC. However, for all their away success, LAFC has struggled to find consistency over the last two months. They’ve won just four of eight previous road encounters, making this match even more challenging to predict.

LAFC has won three of four against Austin FC since the Texas-based team’s 2021 MLS debut. However, Austin FC prevailed in the last meeting, with a 2-1 victory in Los Angeles.

Steve Cherundolo has a few personnel decisions to make that could have a significant bearing on the result, as Ilie Sanchez is suspended after picking up two yellows in the loss to San Jose. It’s a substantial blow in the leadup to the battle of the titans, as LAFC has lost just three of 23 when Sanchez starts.

The first-place club lost all three when he wasn’t on the pitch from kickoff. Cherundolo might decide to rest Giorgio Chiellini and Gareth Bale, both of whom haven’t yet reached their physical peaks.

Neither team has a real edge that I feel comfortable backing, so I'll take the Draw on Friday night.

Given that Austin FC has seen 20 goals in its last three home matches, one might believe another over is in the offing. However, Wolff will do everything he can to prepare his team defensively, ensuring they avoid another porous display. In addition, five of LAFC’s previous eight road games ended in the Under.

Yes, both teams have played in many high-scoring games, especially recently. But the elite teams will treat this game like a final, placing a high precedent on sound defensive play.

Both teams are too strong offensively to be kept off the scoresheet. Austin hasn’t been shutout since May 8, a 1-0 loss at home to the Galaxy. Meanwhile, LAFC has the second most away goals in the conference. 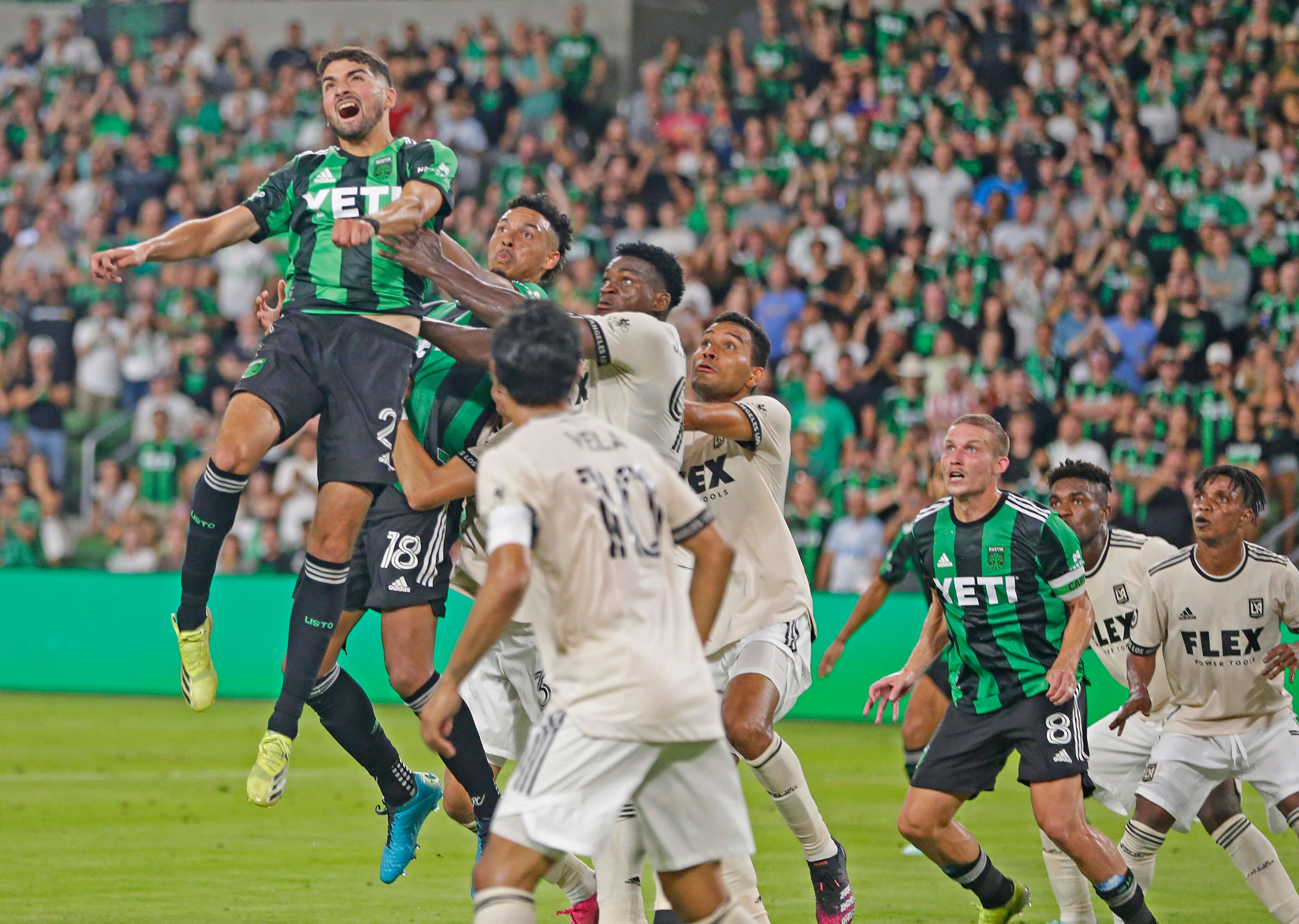 Austin FC vs LAFC Picks and Predictions: Defense Will Take Centerstage
Provided by