White Sox vs Astros Picks and Predictions: Rodon Will Be Tested Against Houston's Prolific Bats

Houston's offense has been lethal lately, especially against southpaws. That's why despite facing Chicago's Carlos Rodon, we're backing the home Astros tonight in our MLB betting picks for tonight.

The Chicago White Sox face off against the Houston Astros in the second contest of a four-game set at Minute Maid Park on Friday night.

The White Sox got clobbered 10-2 by the Astros last night but will be sending Cy Young candidate Carlos Rodon to the mound tonight.

Here are our best free White Sox vs. Astros picks and predictions for Friday, May 18, with the first pitch scheduled for 8:10 p.m. ET.

Carlos Rodon (6-2, 1.89 ERA): Rodon, the third-overall pick in the 2014 draft, is having a breakout season two years removed from Tommy John surgery. The southpaw is coming off an excellent performance against the Tigers where he allowed just one hit across seven innings. In nine of his 11 starts this season, Rodon has allowed fewer than two runs.

Luis Garcia (5-4, 2.98 ERA): The 24-year-old has carved out a spot in the Astros rotation this season, pitching to a 1.04 WHIP and striking out 72 batters in 63 1-3 innings. Garcia is coming off an uneven performance against the Twins where he surrendered four runs (three earned) in 4 1-3 innings. That said, he allowed exactly one run in each of his previous three starts.

The Under is 17-8-2 in White Sox last 27 games. Find more MLB betting trends for White Sox vs. Astros.

The White Sox may have been annihilated in the first game of this series but they remain tied for the best record in the AL at 43-26, while Houston has won 13 of its last 17 games to climb to second place in the AL West with a 40-28 mark, two games behind the Oakland A's.

Both teams have been excellent at the plate with Houston leading the majors with an OPS of .797 and Chicago ranking eighth with .745. However, the two sides are trending in very opposite directions. Over the last 15 days, the Astros lead the majors with a whopping OPS of .958 (more than 100-points above the second-place Angels), while the White Sox are 19th with a .711 OPS.

The White Sox will have Carlos Rodon toeing the rubber and the lefty has been terrific this season. That said, Rodon was extremely critical of the MLB's new foreign substances ban for pitchers (and simultaneously took a pot shot at the Astros while he was at it) and it remains to be seen how those new restrictions will hurt pitchers who were enjoying banner seasons.

The Astros counter with a talented arm of their own in Luis Garcia. While Rodon does have better numbers than Garcia, it's worth noticing that Houston typically mashes against left-handed pitchers like Rodon. The Astros are second in the majors with an OPS of .808 against lefties this season — and this is no fluke since Houston finished among the Top-2 teams in the majors in OPS versus lefties in three straight seasons from 2017 to 2019.

Considering how well the Astros bat against lefties and the general uncertainty of how pitchers like Rodon will adjust to the new rules, we're leaning towards the home side here.

Although we think Houston's stacked lineup will have a bit of success against Rodon, we don't necessarily think that means a lot of runs overall. This is still a guy that has been dominating the competition this season, going 6-2 with a 1.89 ERA, 0.84 WHIP, and striking out 97 batters in 66 2-3 innings.

Although Garcia hasn't been quite as impressive as his White Sox counterpart, the Astros right-hander has been very productive as well. Although he's coming off an up-and-down outing he looked great in his previous five starts, pitching to a 1.86 ERA and 0.93 WHIP despite going up against three of the top hitting teams in the majors in the Red Sox, Blue Jays, and Dodgers.

With the Under going a commanding 17-8-2 in Chicago's last 27 games, back it again tonight. 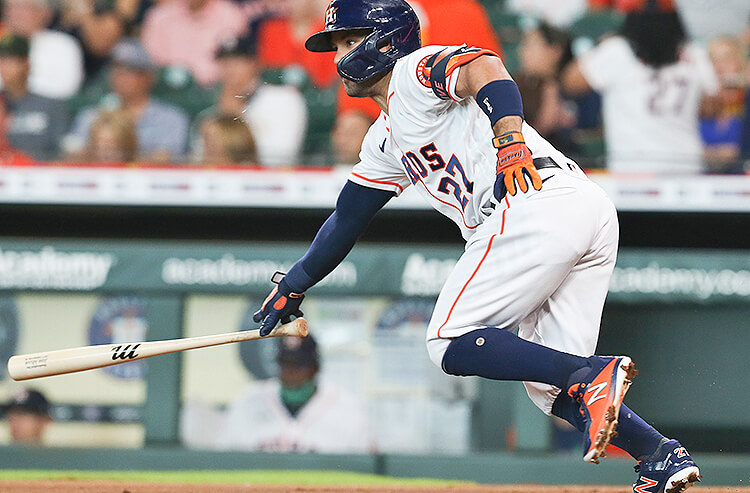 White Sox vs Astros Picks and Predictions: Rodon Will Be Tested Against Houston's Prolific Bats
Provided by