The September playoff push gives us some intriguing angles for MLB prop bets, with Monday's best plays jumping into the thick of the postseason race, as we check in on a Jays rookie whiffing some Rays, a slugfest in Seattle... and more!

We are coming down the home stretch of the MLB season and with postseason races heating up, that gives us even more angles for baseball prop betting.

Today, we turn our attention to an American League East battle between the Toronto Blue Jays and the Tampa Bay Rays, where we are presented with an intriguing strikeout total, and then we head west for a pivotal matchup as the Boston Red Sox visit the Seattle Mariners.

We break down and pick these games (and more) with our best free MLB prop bets and predictions for Monday, September 13.

Miami Marlins starter Sandy Alcantara is coming off arguably the best performance of his career: The right-hander pitched a complete game against the New York Mets last time out, giving up just one run on four hits while striking out 14. Alcantara will look to stay hot as the Marlins visit the Washington Nationals on Monday night.

Besides one implosion in Colorado, Alcantara has been lights out since the start of August. Take away that one ugly start and Alcantara has a 1.58 ERA, a 0.80 WHIP, and has 11.7 strikeouts per nine innings.

Now, this is a surprisingly scrappy Nationals’ lineup, considering the state of the roster, but they haven’t faced a right-hander as tough as Alcantara in while. With the way Alcantara is pitching right now, it’s hard to see him going Under this number, particularly when you consider he has pitched into the seventh inning seven times in eight starts since the beginning of August.

Toronto Blue Jays rookie sensation Alek Manoah has been everything the team has hoped for. The right-hander oozes confidence and loves to be in big games and with the Jays in a tight race for the American League Wild Card, every game looks like a big one from here on out — including tonight’s matchup against the Tampa Bay Rays.

Manoah enters this game with a 3.71 ERA and a 1.12 WHIP but has struggled a bit over his last two starts, giving up nine runs on 10 hits over 10 2-3 innings, and his strikeouts have been down. While the Rays aren’t exactly the type of team you usually “get right” against he does have some success against them this season.

Manoah has one good and one bad start against Tampa Bay this season, shutting them out over seven innings on just three hits... but also lasting just 3 2-3 innings giving up three runs on three hits while walking three. But one thing that was consistent was the strikeouts — Manoah struck out 10 batters in that first start and nine in the second (impressive considering the outing was so short).

But that isn’t something out of the ordinary for the Rays, who rank second to last when it comes to strikeouts per game this season, getting punched out 9.64 times per contest. No matter which way this game goes for the Jays, Manoah is a good bet to eclipse this K number.

The Boston Red Sox and the Seattle Mariners begin a pivotal series between teams in the thick of the AL Wild Card race. The BoSox currently hold the second spot while the M’s trail them by three games. Game 1 sees Boston hand the ball to Eduardo Rodriguez, while Seattle counters with Logan Gilbert — and this five-inning total looks a little low.

Rodriguez has shown some good stuff at times but he has been inconsistent for much of the year, pitching to a 5.15 ERA, 1.39 WHIP, and allowing opponents to hit .279 for the season. And while the Mariners don’t look the part of a Wild Card contender, they keep winning games and have plated 5.6 runs per contest over their last nine games.

On the other side is Gilbert, a right-hander who is coming off two solid starts against the hard-hitting Astros. But those starts lowered his ERA to 5.10 and he allows opponents to hit .255. Plus things don’t get any easier against a Red Sox team that ranks third in batting average and second in OPS when it comes to facing right-handers.

With two starters on the mound who are still searching for sustained success, this game is a good bet to go Over the first-half total. 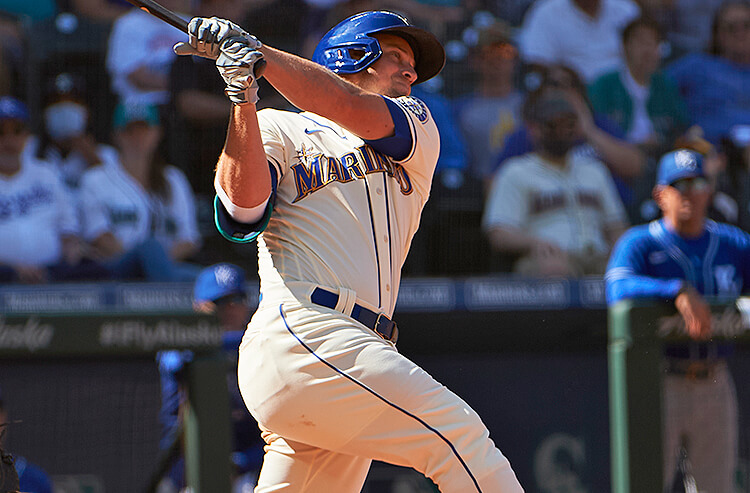