The Atlanta Braves are hot on the heels of the New York Mets as the 2022 MLB regular season wraps up. Find out why the Braves are as dangerous as ever.

Welcome to the latest - and final - edition of my MLB Power Rankings for the 2022 MLB regular season.

It's been quite a ride, and I hope you've enjoyed reading my rankings as much as I've enjoyed producing them. Before we get into this week's list, I'd like to take a moment to pinpoint two teams most likely to see positive and negative regression for the remainder of the campaign.

Let's begin with the St. Louis Cardinals, who are due for negative regression. I suppose this is what happens when you have Albert Pujols playing like he's still in his prime.

The Cards have the sixth-highest slugging percentage in baseball, resembling offenses such as the Toronto Blue Jays. However, St. Louis' expected slugging percentage suggests the club's offense is closer to the Chicago White Sox. In addition, they have the ninth-best batting average in baseball. Yet, their expected batting average suggests they should be hitting closer to the team with potentially the worst offense in the postseason — the Tampa Bay Rays.

If the postseason started today, the St. Louis Cardinals would be playing the Philadelphia Phillies in a Wild Card series. If that happens, the Phillies would actually have an offensive advantage, which is quite something to think about.

Who is due for positive regression? That would be the Minnesota Twins.

The Twins aren't making the postseason, plain and simple. Sure, they're still mathematically in the hunt, but they won't be in the playoffs largely because they've been incredibly unlucky at the wrong time.

Let's dive into my MLB Power Rankings for the week of September 20.

Ronald Acuña with a 2-run homer to put the Braves ahead in the bottom of the 8th!

I have Atlanta as the best value to win it all in the postseason and division. Currently, you can get the Braves at +190 to win the NL East on DraftKings as they trail the Mets by just one game. This week's surge in the Power Rankings is because they've put their offense in the realm of the Los Angeles Dodgers. With the margins as thin as they are, that's all the Braves have needed.

The Philadelphia Phillies are an incredibly dangerous team if they make the postseason. Despite getting swept by the Braves, they jumped two spots in this week's Power Rankings. This is because my metrics continue to favor them and view that as a team due to positive regression.

The Phillies are one of the few teams in baseball that have minimum differentials between their actual offensive numbers and expected offensive numbers. They hit the ball at a Top 5 level, and the numbers say their offensive output is sustainable.

There may not be many fans interested in talking about the Pittsburgh Pirates as we approach the postseason, but they just dropped two spots and will finish the season in our bottom spot.

The Pirates are cellar dwellers because their expected winning percentage is significantly below baseball's bottom spot. It says the Pirates should be six games worse than their actual record. That's a massive difference relative to the rest of baseball.

We've got a little less than 20 games left in the season, and that metric alone may make me bet against the Pirates in all of them.

The Minnesota Twins have been an incredible disappointment. To someone that was an avid believer in them throughout the season, that hits particularly hard. Their playoff hopes are dashed as they've lost six of their last 10, including three of their previous four.

The Twins have been highly unlucky from an offensive perspective, as they put together the swings that would suggest they are a Top 7 offense, but the results have just not followed in 2022.

The Minnesota Twins are 7 games out of first place. We’d like to thank them for participating in the 2022 MLB season. 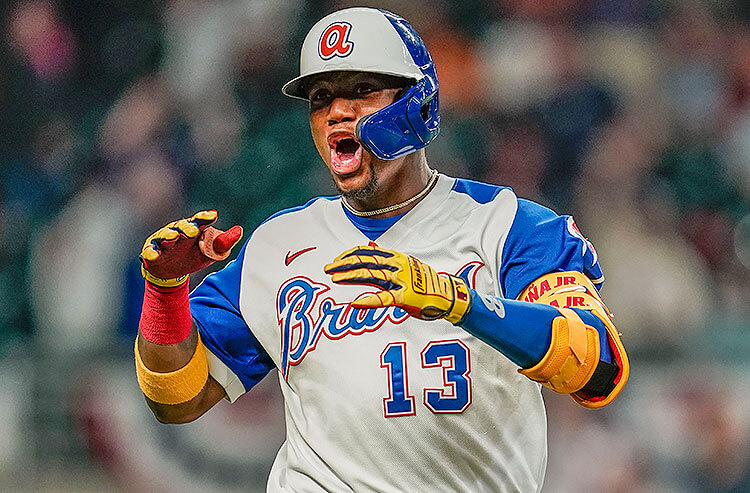 MLB Power Rankings: Don't Sleep on the Champs
Provided by