Philadelphia fell last night at home to Los Angeles but look to rebound this afternoon with Aaron Nola on the hill. Find out what bets we like in our Dodgers vs. Phillies betting picks for Saturday at Citizens Bank Park.

The Los Angeles Dodgers (26-12) drew blood first with a 4-1 win last night in the opening game of their three-game series against the Philadelphia Phillies (18-21).

The Dodgers have now won six straight, largely on the back of run production as they have managed to plate four or more runs during that stretch. Conversely, the Phillies have now dropped four of their last five, scoring just eight runs combined during that time.

Can the Phillies get the bats going and even up the series or will the Dodgers continue to churn out runs? Continue reading for free MLB picks and predictions for the Dodgers vs Phillies on Saturday, May 21st.

In a rare occurrence, the Dodgers opened the game as small underdogs of +112 and have since moved to as low as +108. The total opened at 8.5 and has since moved to an even 9.0, with some books slightly shading to the Under.

Mitch White (1-0, 4.82 ERA): White will serve as the Dodgers' "opener" and won't project to pitch too deep given that he is a relief pitcher. The 27-year-old is in his third season and has a respectable career 3.66 ERA and 1.15 WHIP. White has had a tougher than usual start to his season, logging just one runless appearance in his five thus far.

The Dodgers have gone 7-2 to the Over in their last nine games. Find more MLB betting trends for Dodgers vs. Phillies

Dodgers vs Phillies picks and predictions

Aaron Nola has somewhat quietly put together an incredible career. Across his eight-year career, Nola has managed a 3.67 ERA and 1.15 WHIP, and has only twice had seasons with an ERA above 4.00 (2016 and 2021).

Despite this, Nola doesn't have much to show for it in terms of accolades. He has been selected to the All-Star game just once (2018), the same season in which he finished third in Cy Young voting in the National League. The only other time he finished as a Top 10 vote-getter was in 2020, when he finished seventh.

On top of that, the Phillies have failed to make the playoffs every year since Nola was called up as a fresh-faced 22-year-old in 2012. After a down year last year (4.63 ERA), and with the new ace in town Zack Wheeler racking up an All-Star appearance and finishing second in Cy Young voting, it seemed like many had begun to forget about Nola.

But so far in 2022, Nola is seemingly doing as much as he can to return to form. Nola hasn't been lights out by any means, but starters who can maintain a 3.64 ERA and reliably eat up innings don't grow on trees. The 29-year-old is managing a combination of strikeout (84th percentile) and walk rates (82nd percentile) which is rare, to say the least.

And while Nola has the task of taking on the best run-producing offense in the league by a wide margin (5.45 runs per game), his history against these batters is somewhat encouraging. In 185 plate appearances, these Dodgers' batters have managed just a .181 batting average and .275 slugging percentage while striking out 26.5% of the time.

Today, the Phillies will avoid the Dodgers' stellar rotation and face a collection of relief pitchers, headlined by Mitch White who will serve as the starter. White has been an okay relief pitcher in his young career thus far and got his first taste of serving as an opener in the second half of last year.

However, that taste was not a pleasant one, as he allowed eleven earned runs across those four starts (6.19 ERA in those games) and the Dodgers went a less-than-ideal 1-3 in those games.

The Phillies' struggles to score runs as of late have unsurprisingly led to them playing to the Under in four straight games, but again, we are expecting them to manage a better output given the circumstances of who will be taking the mound for the Dodgers tonight.

While we expect Nola to keep his quality pitching going, we can't confidently expect their bullpen to do the same. Phillies' relief pitchers have allowed a 4.06 ERA, which is the eighth-worst mark in the league. A large part of that is their inability to demonstrate command, managing the second-worst BB/9 in the league at 4.70.

On top of that, the temperature is projected to be around 93 degrees at first pitch and the ball flies better in hotter weather. The 9 mph wind blowing out isn't much, but it also certainly doesn't hurt either.

As we take in all of this information and try to find the best angle to attack Saturday night's game, we may want to look at reducing our variance and range of outcomes.

Aaron Nola is materially a better option to have on the mound than Mitch White and whoever comes in relief for him, but the Phillies bullpen is a disaster in comparison to the Dodgers'.

Los Angeles' bullpen ranks third in walks per nine innings, sixth in strikeouts per nine, and sixth in ERA. In essence, the longer this game goes the more likely it is that the Phillies' bullpen hands over the game to the Dodgers. The price of admission to avoid that late-game variance is worth it. 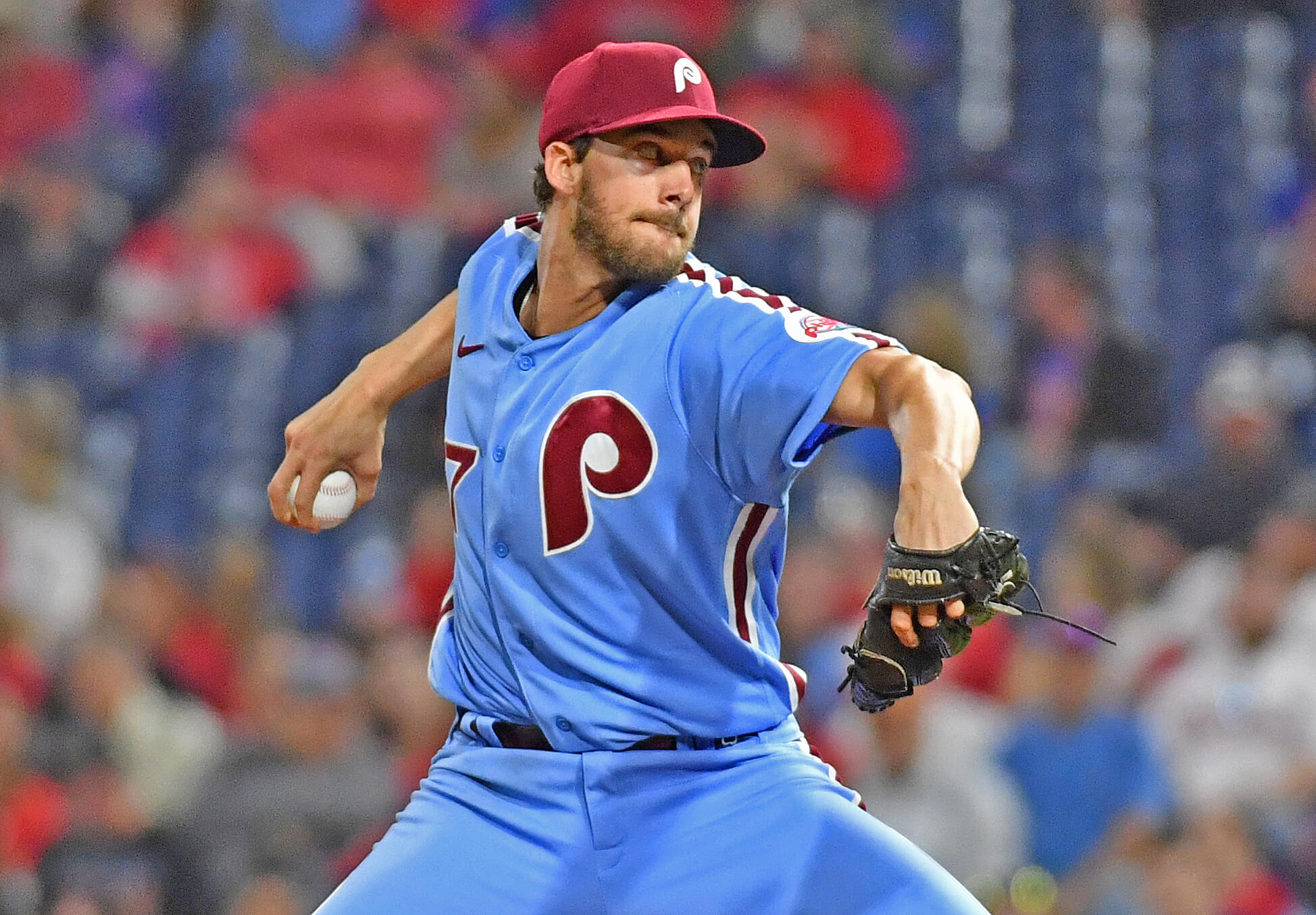 Dodgers vs Phillies Picks and Predictions: Nola Can Neutralize Dodgers' Bats
Provided by