Padres starter Dinelson Lamet will see a Chicago lineup that struggles against right handers on Tuesday. Is there any value in the MLB betting underdog Cubs in a difficult matchup? Find out with our Cubs vs. Padres picks and predictions.

After getting swept by the Chicago Cubs last week, the San Diego Padres responded by taking the opener of this series rematch last night by a score of 9-4.

Now, the Padres will go for the series win when they hand the ball to Dinelson Lamet in Game 2, while the Cubs counter with former Padre Zach Davies. Can the Padres cash as big MLB betting favorites or do the Cubbies have value as an underdog?

Check out our free picks and predictions for Cubs vs. Padres on Tuesday, May 28, with first pitch scheduled for 10:10 p.m. ET.

As of 7 p.m. ET, San Diego is out to a -195 favorite at TwinSpires sportsbook, after opening at -167 and spending time at -177. The Padres are taking 72 percent of tickets and 88 percent of cash on the moneyline. "We've seen a mix of public and sharp money on the Padres," TwinSpires trading analyst Zachary Lucas said. The total is up a full run, from 7.5 to 8.5, with 79 percent of bets/77 percent of dollars on the Over.

Zach Davies (2-3, 4.94 ERA): It has been an up-and-down season for Davies. After a tough start to his Cubs tenure in April, the right-hander found his changeup and pitched very well in the month of May recording a 1.72 ERA. But June got off to a rocky start, as Davies allowed four runs on eight hits in 4 1-3 innings last time out against the Giants. Which Davies will we see in this one?

Dinelson Lamet (1-0, 2.50 ERA): The Padres are still being cautious with Lamet’s workload since suffering an elbow injury last September. But the right-hander looked like the guy who pitched to a 2.09 ERA, a 0.86 WHIP and finished fourth in NL Cy Young voting last season. Lamet had his devastating slider working, limiting the Cubs to one run on four hits while striking out six in just four innings of work.

The Padres are 9-2 in their last 11 home games when facing a right-handed starter. Find more MLB betting trends for Cubs vs. Padres.

The Padres were able to exact some revenge against the Cubs in Game 1 and now they’ll go for the series win with a strong performance Tuesday.

That begins with starter Dinelson Lamet. As noted, the Padres are easing the right-hander into the rotation, as he has not pitched more than four innings in a game this season. But, Lamet is looking better and better in each start, with four strong innings against the Cubs last time out.

His fastball has life, and his slider is once again one of the hardest pitches to hit in baseball. As a result, he has allowed just five earned runs in 18 innings this season. He faces a Cubs lineup that is hitting just .226 against right-handers this season.

Even if Lamet still isn’t fully stretched out, the Padres also have the benefit of handing the ball to a bullpen that ranks first in ERA and second in WHIP.

The Cubs enter this game having dropped four of their last five games and hope Zach Davies can stop the bleeding against his former mates. While the right-hander had a solid month of May, overall, he has really struggled on the road this season, pitching to a 6.75 ERA and a very high 2.08 WHIP in six starts away from Wrigley.

Look at the Padres to win this game by multiple runs and consider betting them on the runline in this spot.

The total in this matchup hit the board at 7.5 and was quickly bet up to 8.5, but that number now looks high enough that we can attack the other side.

We’ve already talked about the fact that Lamet and the stellar Padres bullpen should have success in this matchup against a Cubs lineup that plates just 3.99 runs per game on the road this season and is scoring 3.6 runs per game over this five-game stretch, where they are 1-4.

While we are expecting the Padres’ lineup to have the edge against Davies, his last start was the first time since April 26 where he gave up more than three earned runs in a start. Davies is also backed up by a Cubs bullpen that leads the MLB in opponent batting average (.198).

Those things considered, bet the Under in this one. 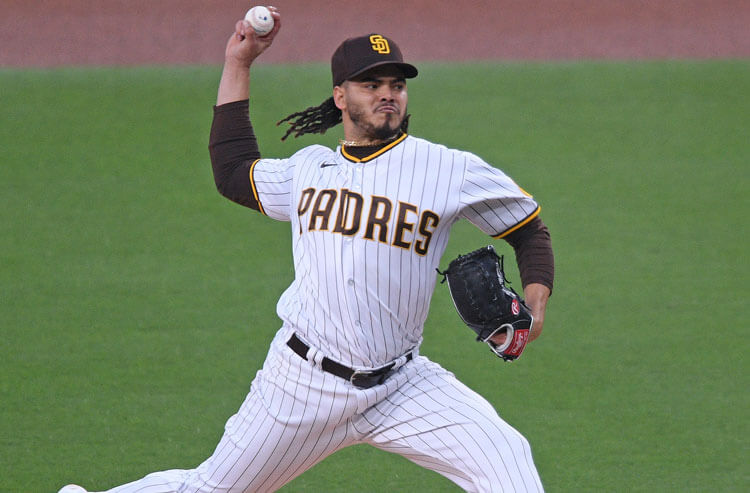