The Cubs signed Yu Darvish to a 6-year $126 million deal on Saturday and promptly went from 8/1 to 7/1 to win the World Series at the Westgate LV Superbook.

There was finally a splash in MLB free agency, as the Chicago Cubs landed the best starting pitcher on the market in Yu Darvish and saw their World Series futures get a small boost in a matter of minutes on Saturday.

According to reports, Darvish and the Cubs have agreed to terms on a six-year $126 million contract, joining a starting rotation that already features Jon Lester, Kyle Hendricks, Jose Quintana and Tyler Chatwood. So, it should come as no surprise, the Cubs were given at least a little bump to win the 2018 World Series according to the Westgate LV Superbook.

The Cubs were moved from 8/1 to 7/1 to win their second Fall Classic in three years, just shortly after the news broke that Darvish would be joining the team.

Chicago getting Darvish also affected the World Series odds for a couple other National League teams. The Cubs’ most hated rivals, the St. Louis Cardinals, dropped slightly from 18/1 to 20/1 and the Colorado Rockies also took a hit, going from 30/1 to 40/1.

The defending World Series champion Houston Astros and the team they defeated for their first title, the Los Angeles Dodgers, are still the co-favorites to win it all in 2018 at 5/1 at the Superbook.

Meanwhile over at CG Technology, Darvish to the Cubs did little to move World Series or National league futures, but they did get a very slight boost in their season win total, which was just opened earlier this week at 93.5, going up a half-win to the current number of 94. The Cubs once again only trail the Astros (96.5) and the Dodgers (95.5) when it comes to season win totals.

Darvish has a 56-42 record since coming over to the majors in 2012, to go along with a career 3.42 ERA and a 1.18 WHIP, but is coming off a very disappointing postseason performance with the Dodgers, where he allowed eight earned runs in just 3.1combined innings pitched over two World Series starts.

The Cubs are coming off a season in which they won a disappointing (if you can call it that) 92 games in 2017 before falling the to the Dodgers in five games in the NLCS. In 2016, they won 103 games on the way to their first World Series title since 1908. 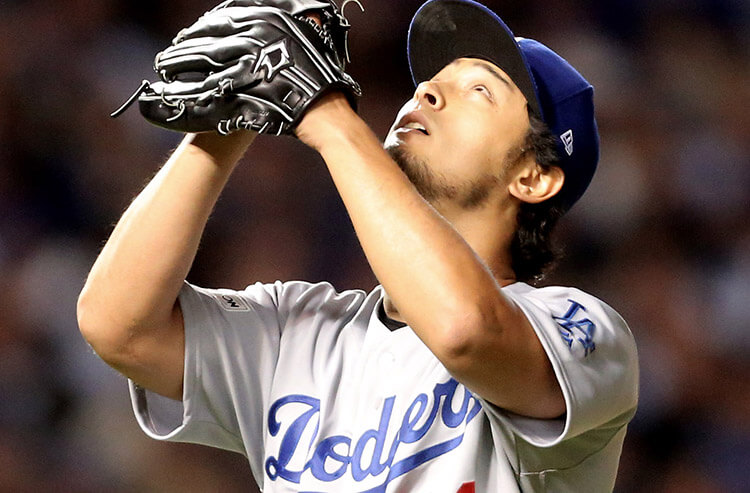