Cardinals vs Dodgers Picks and Predictions: A Win is in the Cards

The Los Angeles Dodgers evened their series with the St. Louis Cardinals on Saturday night behind a strong performance by Clayton Kershaw.

The Cards will try to get back on track this afternoon by sending out veteran Adam Wainwright, who is in search of his third victory this month. The Dodgers, meanwhile, are giving Tyler Anderson some rest and are opting for unproven pitcher Michael Grove in his place.

Who will get the deciding match of this three-game series? Continue reading for our free Major League Baseball picks and predictions for Cardinals vs. Dodgers on Sunday, September 25.

Cardinals vs Dodgers picks and predictions

Now that they've achieved the best record in baseball, the Dodgers really just want to get through the remaining two weeks of the season without any injuries. That is part of the thinking behind starting rookie Michael Grove in Sunday’s finale against the Cardinals.

This would usually be Tyler Anderson’s spot in the rotation, but Dave Roberts wanted to give him a little more rest. Anderson returned last week after taking time off for the birth of his son and got torched for three runs on two hits in six innings.

“In talking to him, he feels strong, he feels good,” Roberts said. “We decided to push him back not because of workload, it’s just kind of the way it lined up. He’s got a couple more starts, so we expect him to be good the rest of the way.”

Roberts has decided to send Grove to the mound instead. The 25-year-old right-hander has bounced between the minors and the majors for most of the season, starting just four games for LA. Grove's most recent outing was last Tuesday against the Arizona Diamondbacks, when he pitched five innings and allowed five runs on nine hits. Like his three other starts, he didn’t factor in the decision.

The Cardinals should be able to get to Grove. He has given up two or more runs in every appearance he has made, including surrendering three runs in an inning of relief. Grove has also given up two home runs in his last two games, and he has allowed 11 hits in those games.

Roberts clearly still has faith in his pitcher, but I don’t. Expect Grove to get roughed up by the Cardinals.

Wainwright is admittedly not the pitcher he used to be, but he has put together decent outings for St. Louis this year. Sure, he got tagged for four runs in his last outing against the San Diego Padres on Tuesday, but he gave up just one run to the Milwaukee Brewers in his previous outing, picking up his second win of the month.

The key with Wainwright has been run support. In his other victory in September, he allowed four runs but his offense scored eight.

Wainwright has faced the Dodgers once this season, way back on July 13. He shut out Los Angeles for 5.1 innings, allowing four hits and striking out five in that outing.

Both games in this series have hit the Over, and four of five between these two teams have gone Over as well. With the total moving from 8.5 to 9.0, I still like the Over to hit in this game.

The Dodgers' starting pitcher, Michael Grove, has given up seven runs in his last two appearances. He also has coughed up two home runs in each of those games. That was against an Arizona Diamondbacks team that is 14th in home runs and RBI. St. Louis, meanwhile, is fourth in the majors in runs, averaging 4.8 a game. They are also eighth in hits, seventh in home runs, and fifth in RBI.

Wainwright has also given up his share of runs. The veteran hurler has allowed four runs in three of his last four starts. The Dodgers lead the majors in runs, averaging 5.3 a game. They are also first in RBI and fourth in home runs.

The Over has hit for the Dodgers in their last nine games against a team with a winning record and is 4-0 in their last five against NL Central teams.

With two pitchers prone to giving up runs, I like the Over to cash early.

Cardinals vs Dodgers trend to know

The Over has hit in four of the last five games between the two teams. Find more MLB betting trends for Cardinals vs. Dodgers

Adam Wainwright (11-10, 3.38 ERA): Wainwright has been showing his age lately in what could be his final season. The 41-year-old has allowed four runs in three of his last four games. Surprisingly, he has picked up two wins in September. He couldn’t, however, avoid a loss in his last start. Wainwright gave up four runs on six hits in six innings. He has faced the Dodgers once this year and pitched 5.1 innings, blanking Los Angeles on four hits.

Michael Grove (0-0, 4.66 ERA): This will be a big test for the rookie, as he has faced a team with a winning record just once in his five starts this season. That was back in May, when he pitched against the Philadelphia Phillies. In that game, he went 3.2 innings, allowing four runs on four hits. Grove has allowed nine runs on 16 hits in 14.2 innings in his other three starts this season. 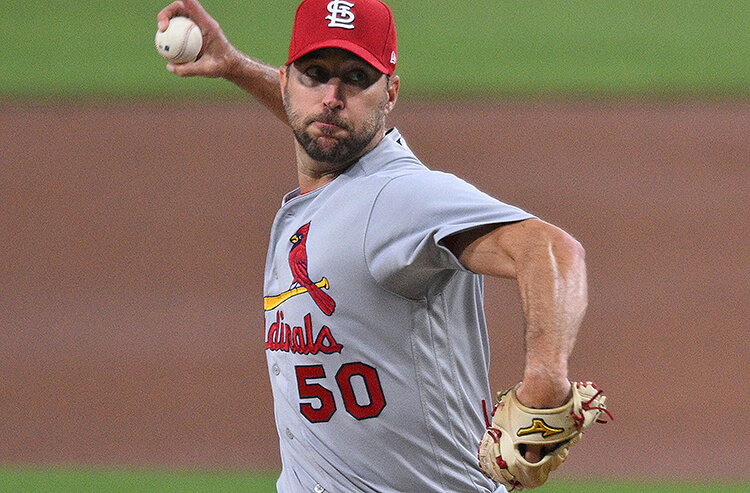 Cardinals vs Dodgers Picks and Predictions: A Win is in the Cards
Provided by