In a sure sign that spring is right around the corner, MLB regular season win totals have been released in Nevada. For hardcore baseball fans, this is an opportunity to gauge your team against division rivals or the entire league, and for baseball bettors this is when the fun really begins.

CG Technology in Las Vegas was the first to get its Over/Under numbers out to the masses, so let's dig in and grab a couple of money-making opportunities for the 2018 season.

When looking at the list posted by CG Technology it was very interesting to see the Chicago White Sox and the Detroit Tigers with the same number of 68.5. These are two teams headed in exact opposite directions for the 2018 season. The White Sox dumped all of their assets for prospects over the last three seasons and look to be on the up-swing with a loaded minor league system and a young, talented big league club. The Tigers are at the beginning stages of their overhaul and the immediate future looks bleak.

The White Sox finished with 67 wins last season and could certainly push over 70 in a very weak American League Central division in 2018. However, youth is unpredictable so the safer play when looking at these two teams is the Under 68.5 wins for the Tigers. This is a team with one good arm in their rotation and by the All-Star break Michael Fulmer will, most certainly, be pitching for a new team. They would also love to unload Miguel Cabrera and his hefty contract for some prospects.

The Tigers only won 64 games a season ago, and they won't sniff that number in 2018.

As soon as the Pittsburgh Pirates traded their best starting pitcher, Gerrit Cole, and the face of their franchise, former National League MVP Andrew McCutchen, the entire baseball world knew what was happening in the Steel City. Shedding salary for prospects is, of course, one of the oldest general management tricks in the books.

The Pirates appear poised to attempt a "soft rebuild" where they keep some good talent on the Major League roster and try to flip the switch in one or two seasons, as opposed to a total system overhaul that would take three to five seasons.

Soft rebuilds generally do not work to their desired outcome, however, Pirates brass sees this division as unattainable until the current run of the Chicago Cubs runs dry. The Pirates went young for 2018 and it could be a long summer.

We're seeing two different approaches in how to deal with the dominance of the Cubs in the National League Central; the Pirates decided to dump salary and look slightly into the future and the Milwaukee Brewers are in buying mode and want a piece of the division (or at least the Wild Card) right now.

The Brewers added Lorenzo Cain and Christian Yelich to their outfield this off-season and appear to be in the mix on several free agent starting pitchers. Who knows what is going to happen with this current batch of frozen out free agents, but if the Brewers are able to land one of Jake Arrieta, Lance Lynn, or Alex Cobb they will certainly be in the mix for a post season spot of some kind.

It's not too often you see a regular season win total number of 91.5 on the board and recommend playing the Over, but that is exactly what is happening here.

The Washington Nationals come into the 2018 season with essentially the same roster that won 97 games a year ago, and they will have a healthy Adam Eaton to help with run production. Their starting rotation is, once again, one of the top three starting staffs in baseball and they will run away with the NL East by the All-Star break.

Just like last summer, their bullpen comes into the season as a bit of a question mark. We can only assume they will address this weakness at some point. If it wasn't for their faulty bullpen last season the Nats would've easily been a 100-win team, look for them to be that 100-win team in 2018 in a weak NL East.

Here is the complete list of MLB regular season win totals from CG Technology in Nevada: 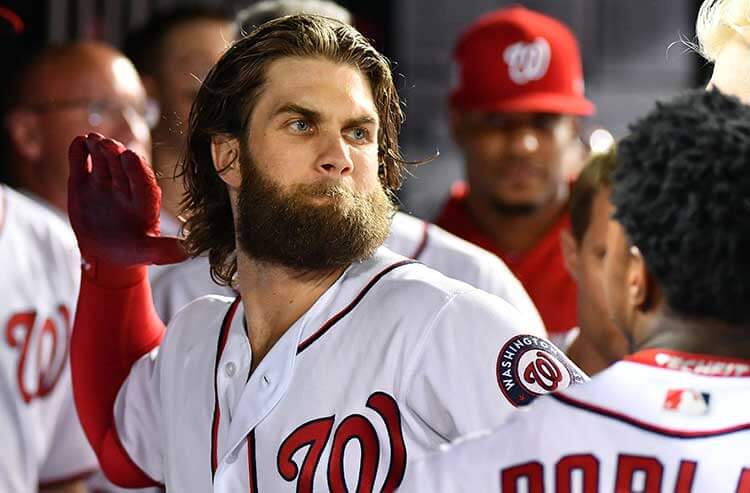 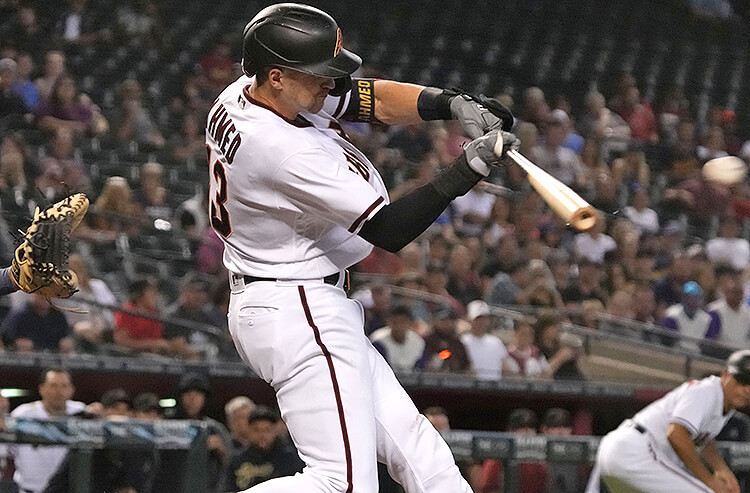