U.S. Sen. Richard Blumenthal has written a letter to Caesars Entertainment CEO Tom Reeg regarding his concerns about sports betting promotions on university and college campuses, requesting the sportsbook end its affiliation with American universities.

Signalling the beginning of a possible crackdown on sportsbook advertising in the United States, Sen. Richard Blumenthal (D - Conn.) has written a stern letter to Caesars Entertainment CEO Tom Reeg, asking the legal sports betting operator to end its marketing campaigns and affiliation with American universities.

Sen. Blumenthal expressed his "grave concerns" over Caesars' promotional activities at two U.S. universities and advised Reeg that "young people should not be targeted by sports wagering advertisements."

The senator urged the company to "discontinue any existing partnerships with schools" and "abide by industry standards that prohibit marketing to college students".

The senator cited the dangers of problem gaming among young people in the wake of sportsbook partnerships with universities.

"Caesars and others have been extremely successful in closing lucrative deals with athletic departments at colleges and universities, with more companies sure to follow," wrote Blumenthal. "Experts have said that it can be difficult for young people to recognize their inability to gamble responsibly, which could lead to serious mental and financial consequences."

The AGA issued an immediate rebuttal to Sen. Blumenthal's accusatory comments in a statement released via a Twitter thread Friday.

We were proactive in establishing the industry-leading Responsible Marketing Code for Sports Wagering, which sets a high standard for responsible advertising. The AGA encourages anyone who sees questionable marketing practices to report it on https://t.co/ZT1ksA7s4J.

The timing of the senator's missives may very well have been prompted by the November 20 New York Times investigative report on the possible adverse impact of sportsbook advertising on the incidence of problem gaming in the U.S.

Entitled "A Risky Wager," the four-part series of articles has sent shockwaves through the gaming industry with its examination of the proliferation of sports betting ads and promotional campaigns on TV and social media.

Caesars is one of the most prominent players in this effort, having established long-term promotional partnerships with the athletics departments at Louisiana State University (LSU) and Michigan State University (MSU).

In September 2021, LSU and Caesars entered into a multi-year, multi-million dollar sponsorship agreement, making LSU the first university in the Southeastern Conference (SEC) to partner with a gaming company.

Under the terms of the deal, Caesars enjoys naming rights for the new Caesars Sportsbook Skyline Club at Tiger Stadium, in addition to being given signage at LSU's Pete Maravich Assembly Center (where the college basketball teams play) and Alex Box Stadium (baseball). The deal also allows Caesars Sportsbooks to tie in with the Tigers' mobile sports app.

However, Caesars alienated some LSU students who protested after the university sent an email offering students, faculty, and fans $300 in free bets if they made an initial $20 wager through the Caesars Sportsbook app.

In January 2022, MSU partnered with Caesars to give the operator naming rights to premium seating sections at Spartan Stadium where the Spartans football team plays as well as promotional rights at an outdoor tailgating area for all its games. The deal also gives Caesars signage rights at MSU basketball and hockey games.

Previously, William Hill Limited, which was acquired by Caesars in April 2021 for $2.9 billion, had concluded similar partnerships with the University of Nevada Las Vegas (UNLV) and Nevada Reno in September 2020.

Meanwhile, PointsBet is another sportsbook that has tried to build up a brand following among college students when it signed a deal with the University of Colorado at Boulder, also in September 2020.

More recently, in December 2021, PointsBet formed a similar arrangement with the University of Maryland, which became the first Big Ten school to partner with a sportsbook.

In contrast with Caesars and PointsBet, major operators such as FanDuel, DraftKings, and BetMGM have steered clear of establishing presences at the college level.

FanDuel CEO Amy Howe went on record this summer saying that she did not want the company's name "plastered all over a college sports stadium" or otherwise emblazoned on college sports team uniforms.

Some states have put the collegiate hammer down

Massachusetts is one of several U.S. states which has banned wagering on in-state college teams, albeit it allows for the notable exception of betting on in-state teams competing in high-profile national tournaments.

A similar ban exists in New York state and New Jersey, the latter which saw a bill to amend the state constitution to allow betting on in-state college games defeated by a 57% to 43% margin.

This has dire implications when the Prudential Center and Seton Hall host the 2025 NCAA Men’s Basketball Tournament East Regional and the ban will cost the state treasury millions in lost revenues from regulated sports betting.

Pennsylvania and Indiana — two of the major U.S. college sports markets — do, however, allow for mobile sports betting on any college game. The only restriction in Pennsylvania is a ban on prop bets on the performances of individual players, while Indiana only allows for player prop bets prior to the start of a game as it prohibits all in-play player props.

Interestingly, Connecticut allows for futures betting on in-state college teams in the event a state team is competing in an intercollegiate tournament. 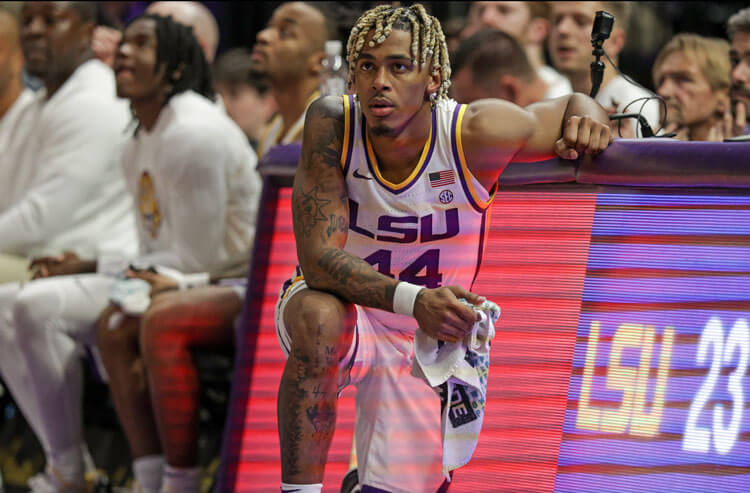