The announcement followed an extension of the last formal session of the year in Beacon Hill, the end of which likely would have spelled doom for efforts to bring retail and online sports betting to the state this year.

Legal sports betting in Massachusetts is set to become a reality after lawmakers in the Bay State reached a last-minute compromise that will allow wagering on both professional and college sports in the commonwealth.

House Speaker Ron Mariano announced at around 5 a.m. on Monday that a conference committee struck to sort out differences between the House of Representatives and Senate over competing visions of legal sports betting had done just that, finding a legislative middle ground.

“I am proud to announce that the Sports Betting Conference Committee has reached an agreement on legislation that will legalize wagering on professional and collegiate sports in Massachusetts, bringing the immense economic benefits of a legal sports betting industry to MA,” Mariano tweeted.

The announcement came after Massachusetts lawmakers extended the last formal session of the year in Beacon Hill, the end of which likely would have spelled doom for efforts to bring retail and online sports betting to the state this year. That failure would have been glaring, as most states (including several in the New England region) now have some form of legal wagering.

Both the Massachusetts House and Senate had already passed sports-betting bills, but differences in those pieces of legislation had to be resolved before Gov. Charlie Baker could sign anything into law. The odds are very good Baker will sign the compromise bill that has now emerged, as the governor is a supporter of legalizing sports betting.

The compromise bill was passed by both the House and Senate on Monday, and will allow for sports betting in retail and online forms. Bettors will have to be 21 years or older in the state to wager and operators will not be allowed to accept credit cards for bets or deposits.

The compromise legislation will also allow betting on college sports, but only on out-of-state schools and not those in Massachusetts. There will, however, be an exception for Massachusetts colleges that make it into major events, such as March Madness.

While the House bill would have approved all college wagering, the Senate provided for none, creating a major sticking point. Those differences now appear to be resolved.

According to MassLive.com, the early morning action at the legislature already met with approval from DraftKings, which is based in Boston.

“We are thrilled that our home state has acted to protect consumers, create jobs and grow revenue in the commonwealth,” DraftKings CEO Jason Robins said in a statement. “We are hopeful that the legislature will move to quickly pass this and Governor Baker will sign it into law.”

This is a breaking news story and will be updated. 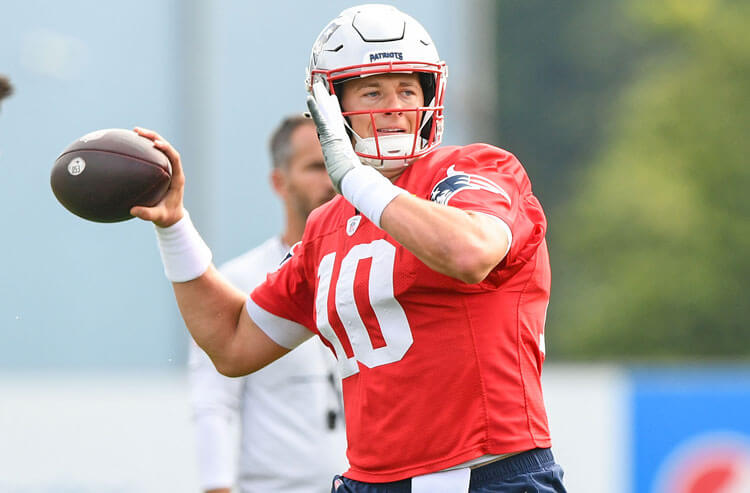 Ronaldo's Near-Goal Prompts Payouts from Some Sports Betting Sites, Nothing from Others
Geoff Zochodne | Nov 29, 2022