A Place to Brand, a Place to Grow: Which Online Sportsbooks Are Interested in Ontario?

There have been hints that the competition among online sportsbooks in Ontario’s iGaming market will involve several big names, as the province prepares to launch a model for online gambling that will be unique in Canada.

Sports betting in Canada’s most populous province could end up as a dogfight between some of the biggest names in the business.

That province, Ontario, is currently putting together an “open and competitive” market for internet gaming. The market is currently expected to launch in December and could include new online sportsbooks for the province’s bettors to frequent.

Exactly which online sportsbooks remains to be seen. The Alcohol and Gaming Commission of Ontario (AGCO) only recently opened a website to would-be operators so that they could begin preparing applications for registration with the regulator.

But the Canadian Gaming Association's president and chief executive officer, Paul Burns, said it was his understanding that "several dozen" prospective iGaming operators have signed non-disclosure agreements with an AGCO subsidiary in order to receive related documents.

Although not all of those operators may apply to participate in Ontario’s iGaming market, it suggests that the market has at least piqued the interest of many in the legal sports betting industry. There is, however, plenty of work left to do before the betting can begin.

“There are a lot of decision points still to be communicated,” Burns said in a recent interview with Covers.

Yet several operators of online sportsbooks have been public about their interest in Ontario. There has been name-dropping to investors, lobbyist registrations, and job postings that all suggest the province is indeed a place in which some big names are looking to do business.

In particular, the Big Three of FanDuel Group, BetMGM LLC, and DraftKings Inc. have all given hints that they are circling the market.

BetMGM is a 50/50 joint venture between MGM Resorts International and Entain Plc, the latter of which announced in March that its non-profit foundation would fund research on "consumer practices, preferences and behaviours" in Ontario.

The U.K.-based company —  which also owns brands such as Ladbrokes — noted at the time that there was legislation in Ottawa that could lead to the legalization of single-game sports betting in Canada and the licensing of online operators.

“Entain has already expressed interest in applying for a licence in Ontario if, and when, they are available,” the company said.

That interest has apparently persisted. A lobbyist on behalf of BetMGM said in a recent registration with the province’s integrity commissioner that the company “will be engaging with the AGCO and iGaming Ontario to become a licensed operator of iGaming and sports betting in the province of Ontario.”

Moreover, ads for Canadian sports betting jobs have been popping up all over the internet. BetMGM, for instance, has been seeking a vice president of marketing for Canada.

“We are revolutionizing sports betting and online gaming in the United States…and will shortly be launching in Canada!” the ad says.

Where exactly in Canada the company wants to activate content will be revealed in time. However, the only Canadian province that has suggested thus far that it will allow online operators like FanDuel to take bets is Ontario.

“Ultimately, the candidate will [be] judged on how successful they are at leveraging the integrations and campaigns to drive revenue and new customer acquisition to FanDuel Sportsbook & Casino,” the job ad says.

A spokesperson for FanDuel told Covers they are not able to comment at this time. Still, the chief executive of the sportsbook’s parent company, Flutter Entertainment Plc, has previously mentioned Canada as a possible destination of interest.

“The opportunity for FanDuel increasingly looks like it could extend outside the U.S., with the recent regulatory progress in Canada,” Flutter CEO Peter Jackson said during an investor presentation in March.

Similar sentiments have been expressed by one of FanDuel’s main competitors, DraftKings, which has made no secret about its Canadian ambitions (and which recently proposed to buy Entain).

“This was not really something we were focused on in last year's presentation, but due to some very favourable legislative trends, we now believe Canada could represent a very meaningful opportunity for DraftKings,” CEO Jason Robins said during the investor day. “Ontario, of course, has almost half the population in Canada and it's also a very sizable daily fantasy sports market for DraftKings. Were Ontario to be a U.S. state it would be a top 10 state for us.”

DraftKings has since doubled down on the interest in Canada after the country’s Parliament passed Bill C-218 earlier this year.

The legislation has paved the way for provinces to start allowing single-game sports betting within their borders, which they’ve only authorized government-owned lottery and gaming corporations to do so far. In Ontario, for example, the only online sportsbook authorized to take either single-game or parlay sports bets is Ontario Lottery and Gaming Corp.’s PROLINE+.

But following the passage of C-218, DraftKings reiterated its interest in Canada to Covers.

“As a customer-centric company, we’re excited for the potential opportunity to deliver the DraftKings sports betting experience to Canadian sports fans,” Griffin Finan, associate general counsel and vice president of government affairs, said in a statement in June.

There are likely a number of other sportsbooks beyond the Big Three that are champing at the bit to get into Ontario's regulated market.

Some may be keeping their ambitions mostly to themselves for now, such as so-called “grey” market sportsbook operators that could come in from the cold and be regulated in Ontario, rather than abroad. The Canadian Gaming Association has estimated domestic bettors are already wagering around $4 billion a year through offshore sportsbooks.

One sportsbook operator that’s been publicly high on Ontario is Australia’s PointsBet Holdings Ltd., which has been building up its Canadian operation. PointsBet noted in an August investor presentation that it expects to launch in an additional 11 U.S. states, as well as Ontario, by the end of 2022.

.@theScore has put up billboards in Toronto, marking the Senate vote to pass Bill C-218, which will legalize single-event sports betting in Canada. pic.twitter.com/DKBbbqrVDS

However, the operator that has perhaps been the most bullish about the province’s potential is Score Media and Gaming Inc.

The Toronto-based company, which is more commonly known as theScore, recently agreed to be bought by Penn National Gaming Inc., the owner of Barstool Sportsbook.

But even under new ownership theScore still aims to be a player in Canada, and in Ontario in particular. Penn CEO Jay Snowden also said in August that the “lead brand” for the company in Canada would remain theScore.

“We think Ontario is going to be ready to go live in sort of December, January, February timeframe,” Snowden said during a conference call for analysts and investors. “So there's going to be clearly significant investments in Ontario for theScore as they get ready to launch.”

When Ontario's iGaming market does launch, it could be closely watched. Its success or failure may send a strong signal to other provinces, inspiring them to follow suit or to stick with their restricted models for sports betting.

On September 13, the AGCO opened the website that would-be iGaming operators must use to apply for registration with the regulator. Even once they’ve accomplished that, operators still need to enter into a commercial contract with an AGCO subsidiary, iGaming Ontario, before they can start taking bets.

The AGCO doesn’t want any rush jobs, either. Sportsbooks who want in on the action in Ontario will have to do their homework first.

“It is the completeness of the information provided in the application and not the date on which an application is first submitted that will determine how quickly the AGCO will be able to process it,” the regulator said. 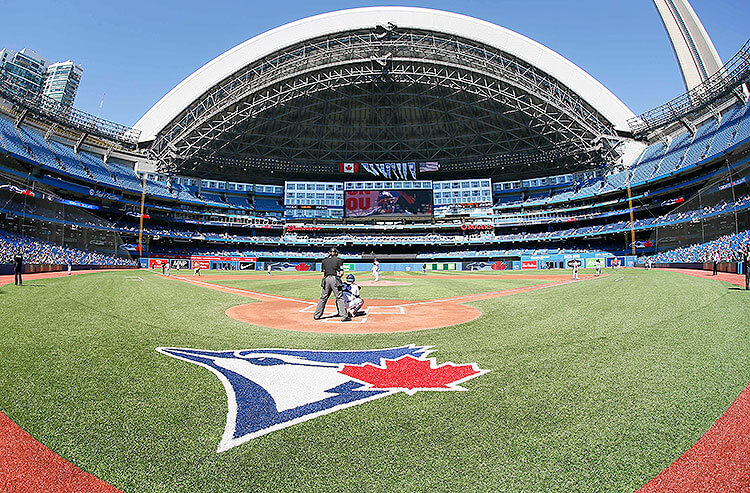 A Place to Brand, a Place to Grow: Which Online Sportsbooks Are Interested in Ontario?
Provided by