The capital comes prior to the expected January 2023 launch of Fanatics' sportsbook arm, BetFanatics, in Ohio and Maryland. This is only the beginning of the company's attempt to become a major player in the competitive legal sports betting industry.

In what is likely a prelude to future acquisitions and a possible IPO, sports platform company Fanatics has raised $700 million in a new financing round led by private equity firm Clearlake Capital.

The fresh capital now puts the value of Fanatics at $31 billion, up from its $27 billion valuation in March when the company completed a $1.5-billion funding round.

This comes just prior to the expected January 2023 launch of Fanatics' online sports betting site, BetFanatics, in Ohio and Maryland — but this is only the beginning of the company's ambitious attempt to become a major player in the highly competitive legal sports betting industry.

Fanatics Founder and CEO Michael Rubin previously confirmed in October at the CAA World Congress of Sports that the company plans to go live in as many as "15 to 20" states prior to the start of the 2023 National Football League season.

"In the betting business...we'll be in every major state, other than New York where you can't make money, by next football season," said Rubin.

He also predicted then that his company's collectibles, sports merchandising, and sportsbook would eventually generate $8 billion in annual profits by 2030. The company has since already given guidance that it expects to reach approximately $8 billion in revenue for 2023.

Fanatics will be relying on its existing brand visibility and a broad consumer database of over 94 million potential sportsbook customers to help attract users to its BetFanatics app, while also hoping to take advantage of the ongoing shakeout in the U.S. market that has seen smaller operators begin to consolidate operations.

With the vast majority of operators struggling to survive with less than a 2% Gross Gaming Revenue (GGR) share in most states, industry analysts expect a wave of consolidation in 2023, either by M&A or by seeing books simply folding shop in light of the overwhelming dominance of the major mobile wagering outfits.

Since purchasing full control of Fanatics Inc. from eBay for $2.4 billion in 2012, Rubin has spent most of the past decade turning an e-commerce sports gear company into the largest online sports merchandise retailer in the U.S.

This year has seen Fanatics gobbling up companies and diversifying operations at a steady pace. The process kicked off in January when it acquired the iconic Topps trading card company for $500 million to add to its sports collectible portfolio.

Then, in June, it inked a long-term licensing deal with Nike to produce a wide range of college sports apparel that includes replica jerseys, sideline apparel, headwear, and women’s fan gear, among other items. Fanatics is set to begin manufacturing the new college line in 2024.

In October, Fanatics acquired the iconic clothing brand Mitchell and Ness, a manufacturer of replica sports jerseys and streetwear, in a deal that values the 118-year-old brand at $250 million. Fanatics partnered with basketball icons LeBron James and Kevin Durant in closing the deal, hoping to take advantage of their massive fan base to boost sales.

Finally, in November, Fanatics and Nike expanded their partnership by signing a three-way deal with Japan's leading baseball team, the Yomiuri Giants, to become its exclusive manufacturer and distributor of its merchandise.

In addition to running the Giants' e-commerce and retail business, Fanatics will also be renovating the Japanese club's retail outlets at the Tokyo Dome in advance of the 2023 baseball season.

Fanatics IPO not likely to proceed until late in 2023

With the launch of its sportsbook division in 2023, Fanatics is poised for a possible initial public share offering (IPO) in the coming year. With that in mind, CEO Rubin held a November meet-and-greet with an estimated 90 online, retail, and gaming analysts from various Wall Street firms.

Such industry analyst events are typically a favorite method of gauging potential stock market enthusiasm for a future IPO. Rubin is respected for being one of the wiliest sports merchandising and apparel promoters in the field.

However, Fanatics will likely delay any IPO until the capital markets show signs of strengthening. Wall Street is nervously awaiting confirmation that inflation will continue its current sluggish downward trend and that the strong 2.9% third-quarter U.S. GDP growth rate is a signal that fears of a 2023 recession are greatly exaggerated. 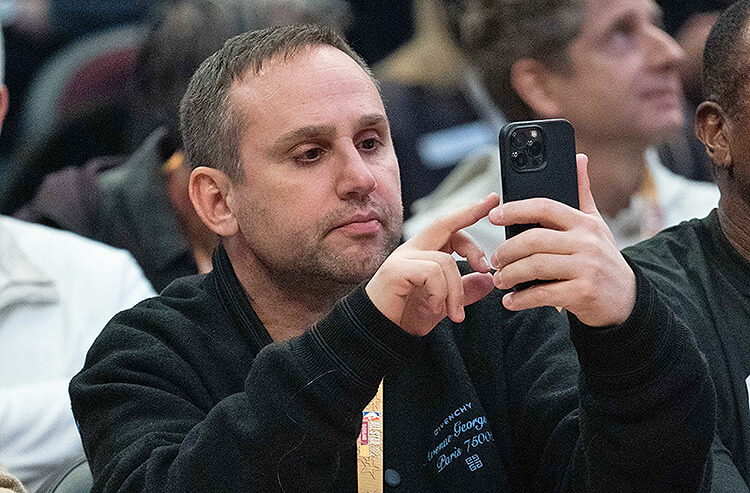