Forte could be the horse to beat at the 2023 Kentucky Derby, but don't count out trainer Brad Cox, who boasts a stable full of top contenders.

The $3 million Kentucky Derby, the first leg of the American Triple Crown for 3-year-old Thoroughbreds, takes place annually on the first Saturday in May at Churchill Downs, and the nation’s biggest horse race is limited to 20 runners, which are determined by points earned in qualifying stakes races.

The 2023 Road to the Kentucky Derby series of qualifiers kicked off last September, and Forte emerged as the overwhelming points leader by virtue of season-ending victories in the Breeders’ Futurity and Breeders’ Cup Juvenile, generating a 40-point total that should guarantee him a Kentucky Derby berth on May 6. He concluded last year with three consecutive stakes wins.

Forte entered the New Year as the clear-cut leader among Kentucky Derby odds contenders, but he’s not a towering presence in the division, according to Brisnet Speed ratings. His Breeders’ Cup Juvenile win rated as the slowest in six years, and Forte failed to generate imposing numbers in five career outings.

Forte’s anticipated return will come in the Fountain of Youth Stakes at Gulfstream Park on March 4, one of two scheduled races before a Kentucky Derby bid.

Brad Cox, who earned his first Kentucky Derby victory in 2021 and started three horses last year, boasts a large contingent of hopefuls, and the two-time reigning Eclipse Award-winning trainer will be targeting qualifiers at multiple venues over the next few months.

Victory Formation, unbeaten from three starts, moved to the fore of the Cox brigade with a romping wire-to-wire win in the Smarty Jones Stakes at Oaklawn on New Year’s Day, and the February 25 Rebel Stakes at Oaklawn is next on his agenda. Instant Coffee, winner of the Kentucky Jockey Club at Churchill Downs in late November, is another well-respected commodity, and he recently defeated a field of eight in the Lecomte Stakes at Fair Grounds on January 21, furthering his target on the first Saturday in May.

Cox has stakes winners Corona Bolt and Jace’s Road aiming for the Southwest Stakes at Oaklawn on January 28. And Giant Mischief and Verifying are a couple promising types who could factor in upcoming qualifiers.

Kentucky Derby winners can emerge from the maiden and allowance ranks at this time of year. 2018 Triple Crown winner Justify didn’t make his first stakes appearance until April, and Kentucky Derby enthusiasts are always on the lookout for potential future stars.

Exciting last-out winners Kingsbarns, Shesterkin, Shopper’s Revenge, and Signator are among those worth following.

Bob Baffert has been suspended by Churchill Downs Inc., which means horses trained by the six-time Kentucky Derby winning trainer aren’t eligible to receive points. His horses would need to be transferred to another trainer to earn points. 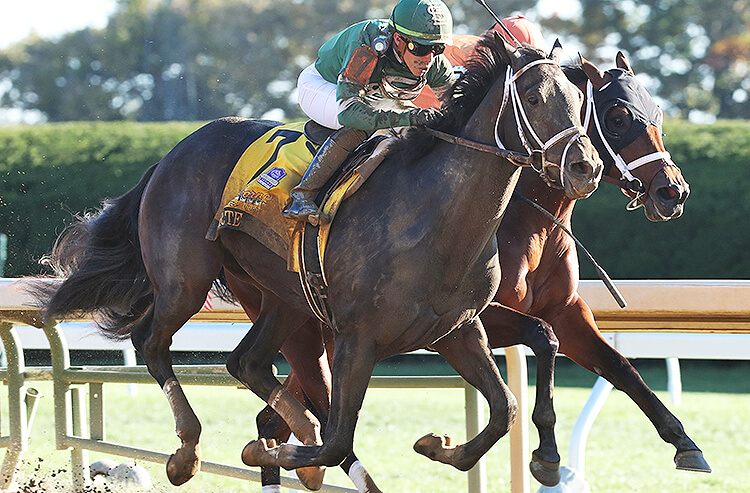 Road to the Kentucky Derby 2023: Forte Commands Respect
Provided by