We hope you got in all your Hideki Matsuyama Masters bets prior to Saturday's incredible third round.

The Japanese star surged to the front of the field at Augusta National with a seven-under-par 65 that his him four shots clear of the field with 18 holes to play. Matsuyama put together one of the best rounds of his career to move to 11 under for the tournament, leaving him the hefty favorite to secure his first career major title. Yet, despite his massive lead, you can be sure a handful of notable golfers on his heels will generate plenty of Masters Round 4 bets on the odds board themselves.

Here are our Masters picks and predictions for Round 4.

Masters Round 4 Picks and Predictions

This is why we're celebrating everyone who got in on the Matsuyama outright train before his dominant showing Saturday. This is essentially his tournament to lose – and while he certainly still could, it'll take a monumental effort from the field if Matsuyama plays anywhere as masterfully (pardon the pun) as he did in his one-eagle, five-birdie, zero-bogey third round.

Matsuyama is full value for his spot on the leaderboard, having recorded at least one eagle in each of his first four rounds – only one fewer than the number of bogeys he has through his first 54 holes. He has been particularly effective on the par-fives, having gone nine-under for the tournament – and if he can keep that run going on Sunday, nobody will be able to catch him.

Matsuyama would likely need to falter for anyone to pass him, but if he does, Schauffele has as good a chance of any to leapfrog into the lead. Schauffele has been a steady presence at Augusta National over the past two days, shooting rounds of 69 and 68 to rebound nicely from a ho-hum opening-round 72 and position himself to make a run at Matsuyama.

Schauffele has played solid golf over his past 36 holes, recording just four bogeys to go along with nine birdies and an eagle. He's also ranked inside the Top-20 on the PGA Tour in fourth-round scoring average, and is a combined six-under over the final 18 holes of his previous two visits to Augusta. He might not have a 65 in him, but if Matsuyama struggles, Schauffele is a great play.

Rahm's Masters has been the prototype for blah. Despite coming in as one of the pre-tournament favorites, the super Spaniard starts his Sunday round 11 shots off the pace after three consecutive 72s have him at even-par for the event. At least he's adding a little variety: Round 1 featured two bogeys and two birdies, while Friday featured three apiece and Saturday had four of each.

Rahm starts the day two shots back of Viktor Hovland (-2) and one behind Bernd Wiesberger (-1) for the low continental European finish – but we like him the best because he's a strong finisher at Augusta, having gone a combined eight-under in his last three final rounds here. You're getting great odds on Rahm simply elevating his game, which he should be motivated to do.

Corey Conners Over Will Zalatoris (-115)

Don't think of this as us raining on the Zalatoris parade (after all, we did suggest him as a +1,100 outright play in Saturday's article). Rather, this is about just how well Conners has been playing as he looks to improve upon last year's 10th-place finish. His elite iron game has him sitting sixth through 54 holes, and as he showed last year, he can put together an impressive finishing kick.

Connors' three-under 69 in the final round of November's tournament earned him that Top-10 spot, and were it not for an ugly double-bogey in his opening round, he would be along in second place this year. In other words, he has his game well-suited for whatever Augusta throws his way, and that should be good enough to top Zalatoris, who will play his first Masters final round Sunday. 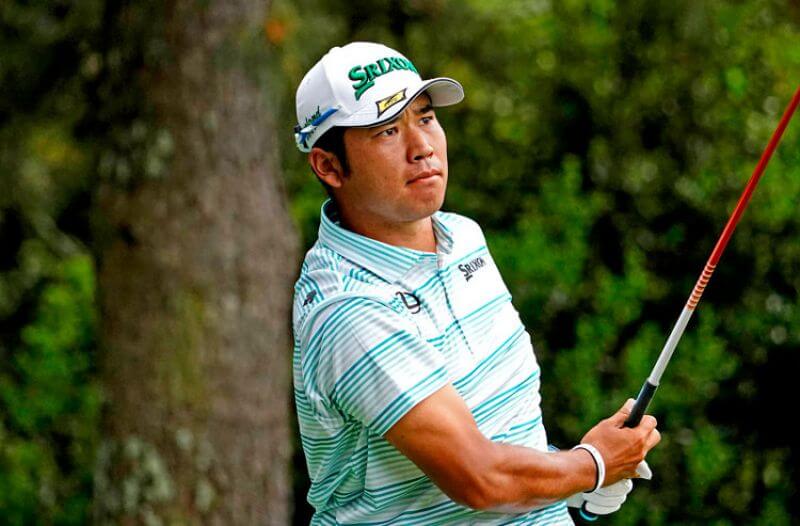 Masters 2021 Round 4 Picks: Matsuyama's Green Jacket to Lose
Provided by