Masters 2021 Round 2 Picks: First Round No Fluke for Justin Rose

Augusta National played havoc with many of the world's best golfers in Thursday's opening round – but a two-time green jacket runner-up went on a run for the ages to become the Masters betting favorite.

Justin Rose overcame a slow start with one of the most incredible Masters stretches, going nine-under in a 10-hole span to seize a four-stroke advantage entering Friday's second round.

The Englishman is now the favorite in Masters odds to win his first Masters title at +350, well ahead of runner-up Jordan Spieth (+800).

Here are our Masters picks and predictions for Round 2.

Masters Round 2 Picks and Predictions

This is the kind of low-hanging fruit we like. Rose has built himself the second-largest 18-hole lead in the history of the Masters, and it's a position he's familiar with, having owned outright or shared the first-round lead on four different occasions (tied with Jack Nicklaus for the most in history). His 65 was nearly 10 shots better than the average for the field.

If this were a first-timer or someone who simply had a hot streak, you might discount the lead altogether. Rose, however, is no stranger to success here, with three Top-5 finishes all-time. He isn't going to come back to the pack – the rest of the field will have to catch up to him. And it's a good bet that won't happen Friday.

You know you're rolling well when you can card a triple-bogey at one of the most difficult courses in the world and still finish your round in red numbers. Spieth bounced back nicely from a dreadful seven on the par-4 ninth, shooting three-under on the back nine to wind up as one of only 12 players who finished their opening round below par.

Spieth was a tactician in Round 1, leaving himself many makable birdie putts while getting himself out of trouble with the kind of scrambling skill that will continue to save him strokes all tournament. He goes into Friday with an advantage over most of the players considered among the pre-tournament favorites – and he's playing well enough to make that edge stick.

Will Zalatoris Over Brian Harman (-105)

Both players got off to terrific starts, with Harman firing a relatively clean three-under 69 and Zalatoris posting a much more eventful two-under 70. Harman's only slip-up came courtesy a bogey on the par-4 ninth hole, while Zalatoris carded three birdies and an eagle to overcome three bogeys in his first career round at Augusta.

Taking Zalatoris here means going on a bit of a roller-coaster ride, for sure – but his fourth-ranked SG: Tee-to-Green figures to give him tremendous potential for making up strokes in places where others can't. Harman had a solid opening round, but his iron game isn't that strong and he'll be fortunate to get as many good birdie looks as he had Thursday.

DeChambeau has to be cheesed about his first-round showing, in which he managed just one birdie en route to a four-over 76. It was a humbling performance for the No. 1-ranked golfer in the FedExCup standings and almost assures the golf world that we're going to see him at his most motivated as he looks to make it to the weekend.

There's precedent for DeChambeau to follow a stinker with a gem; he has posted a score of 74 or worse three times this season and followed those up with rounds of 69, 69 and 64. Even at last year's Masters, he bounced back from a second-round 74 with a sparkling 69 in much more challenging course conditions. Don't bet against this guy rebounding in a big way Friday. 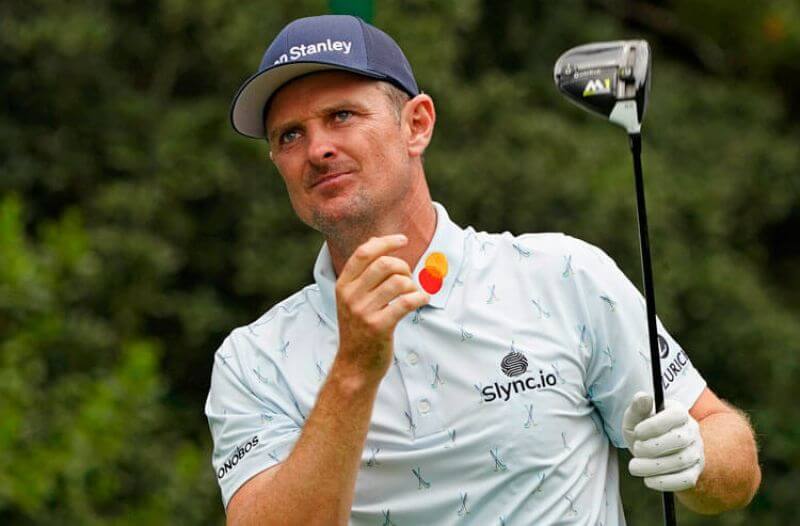 Masters 2021 Round 2 Picks: First Round No Fluke for Justin Rose
Provided by