With the Open Championship back at The Old Course at St. Andrews, we're targeting a couple of crafty veterans as well as Tommy Fleetwood in a matchup with a former World No. 1. Find out who in our best Open Championship picks and predictions. 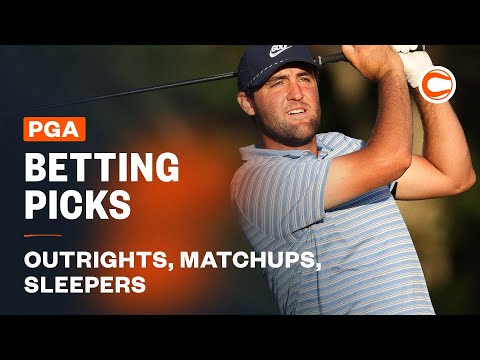 The Open Championship returns to The Old Course at St. Andrews this week with a stacked field and more storylines than we can count.

We’ll fade all the narratives and focus on high-value bets featuring players who possess the stats and intangible qualities that should produce good finishes at the 150th Open.

B) Mito Pereira, Keith Mitchell, and J.T. Poston to all make the cut BOOSTED to +370 at Caesars! Claim Now

The Old Course at St. Andrews stats that matter

When we played The Old Course in June we all agreed that it would take creativity around the greens to win. These greens are big and they slope more than you think they do along with the buried elephant undulations.

They’re going to be firm and fast and players will inevitably face 100-foot putts and chips that take 90-degree turns. Then there are those bunkers to contend with and avoid from the tee.

We don’t expect single-digit scoring this year with the early forecast looking mild, so birdies will need to be made and bogeys will have to be avoided. Survival won't be enough this year.

A former No. 1 an underdog vs. a Tour never-winner? Yes, and rightfully so because Tommy is playing better. Tommy comes off a fourth-place finish at the Scottish Open and a lot of good showings so far in 2022 like 14th at the Masters and fifth at the PGA Championship.

DJ comes off a decent showing at his second LIV event and then rides home on the Saudi’s spruce goose. Does he care anymore? If so, he doesn’t want this as badly as Fleetwood, who should possess valuable course knowledge from all his great finishes at the Alfred Dunhill Links.

We also like the overall Open history, short game, and bogey avoidance numbers for Tommy. He’s 53rd in recent 3-putt avoidance vs. 113th for DJ and he makes a lot more putts inside of 10 feet too.

We’ll take the rising star over the disgruntled former coworker. Mito ranks eighth on approach over his last 24 rounds on Tour vs. 94th for Sergio. Mito has also been better around the greens and equally accurate off the tee. This may be Mito’s debut at the Open but Sergio hasn’t finished inside the Top 37 here since 2016 and we think Mito will be in the mix.

Sergio was also a much better player in 2015 when he finished sixth at St. Andrews and these days he can’t even crack the Top 20 in a LIV field of 48. By the way, Mito is first in recent scoring opportunities gained and fifth in birdies or better gained according to Fantasy National. Garcia is 122nd and 52nd in those stats.

Neither player has been great at the Open so we’ll take the one who is in better form here. Si Woo ranks third in this field in around the greens play over the last 12 rounds and he also has better approach numbers.

Kokrak may be a better long-term putter but Si Woo’s flatstick stats have been trending up and we also like the recent scrambling and sand save numbers for Si Woo vs. Kokrak’s.

Patrick is a party crasher and we think he can make a run at the 150th Open, despite what Vegas thinks of him at 100/1. Reed is first in the field in sand saves and 17th around the green over the last 24 rounds he played on the PGA Tour before defecting.

He’s also second in recent double bogey avoidance, 28th in regular bogey avoidance, and 25th in scoring opportunities. Reed also has solid proximity numbers in all ranges. He’s also got the intangible creativity factor that we are looking for this week.

Kitayama displayed great creativity around the greens last weekend when he nearly stole the Scottish Open. His short game on the final three holes was impressive as he blasted out of a bunker from one knee on No. 16 then nearly jarred his pitch from a bad break between the stands on No. 17.

So, it's no surprise he’s 18th in recent sand saves vs. the field. He’s never had a good finish at a major but his accuracy combined with power off the tee should set him up to score at The Old Course, and we like his sawed-off style swing if the winds are up. Kurt also is 39th in approach vs. the field over the last 24 rounds, 27th in bogey avoidance, 12th in birdies or better gained, and he has stellar putting numbers from 10-25 feet. That could be valuable if the greens get slick on the weekend.

If you watched our betting show this week you know how we feel about this. How dare FanDuel disrespect ZJ like this! The Ryder Cup captain has Top 20s in four of his last five Open starts, including his win at The Old Course in 2015.

He doesn’t have the power to contend everywhere but he can still do damage at St. Andrews with his play around the greens. He’s gained two or more strokes around the greens in three consecutive starts and we also like that he is 11th in recent 3-putt avoidance, second in putts 25 feet or longer and 19th in recent sand saves. He’s got the blueprint for a good finish and is one of our favorite 'old guys’ this week.

We'll take our chances with the plus-money side at +140 if the winning score is 16-under or less. While the weather forecast in terms of wind looks rather benign, the course is still very firm and fast. The greens and complexes around them are incredibly challenging. These players will have an easier time getting close to the hole without wind, but that doesn't mean it's all that much easier to get it in the hole. We'll bet the +140 side and pray the Scottish winds surprise the field for a day or so, driving down the scores. 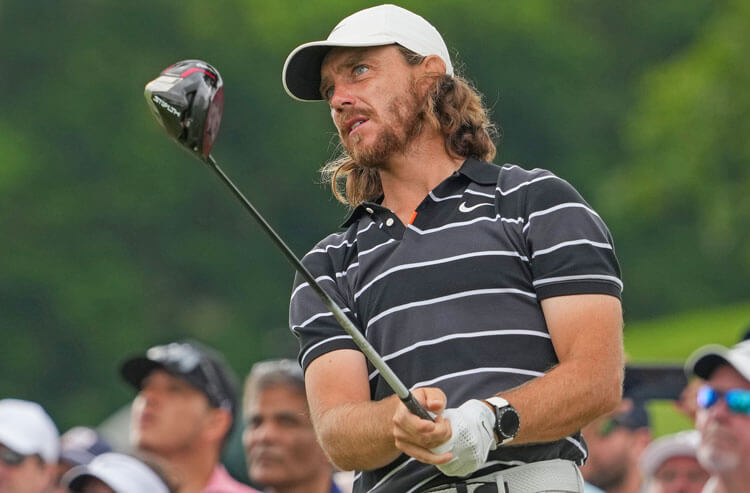