Tiger Woods will make his return to the Old Course on Thursday, as the legendary golfer looks to build on his appearances at the Masters and PGA Championship. Read more to see how we're betting the 46-year-old to fare this week in Scotland.

Tiger Woods has arguably the most storied career in golf history and now he returns to the most historic course in golf, the Old Course at St. Andrews, as he’ll tee it up at the 150th Open Championship.

Woods hasn’t played a competitive round of golf since withdrawing from the PGA Championship back in May. He’s had The Open Championship circled on his calendar ever since, and while he’s a longshot to win his fourth Claret Jug, there is still betting value to be found backing Tiger this week.

Here are our best bets for Tiger Woods at the 2022 British Open.

These odds widget represents the best odds available for each betting market from regulated sportsbooks in your region.

Odds to finish in the Top 5

Odds to finish in the Top 10

Odds to finish in the Top 20

Odds to finish in the Top 30

For the rest of the field, get the best live odds to win the British Open on our dedicated odds page.

Top-20 Finish After Round 1

Tiger Woods clearly still isn’t 100% healthy yet, but maybe returning to the Old Course at St. Andrews to play the British Open will result in some of that classic Tiger magic. At least, early on.

We’ve seen in both the Masters and the PGA Championship that Woods is capable of putting up a good round or two. However, the grind of a 72-hole tournament still appears to be too much for Tiger’s injured leg to bear.

But this is St. Andrews. And while it’s not Augusta, it’s a course Tiger knows very well. Tiger was crowned The Open champion here in 2000 and 2005 and he has called it his favorite course in the past.

While the Old Course isn’t overly long and has large greens, they are undulating and massive. Knowing how to work your way around the links and hitting your spots on approach to set up good putts is paramount.

I mean, check out his approach here:

Links golf at its finest.@TigerWoods working on his low approach shots at #TheOpen pic.twitter.com/P46LwIRR67

This is one of the few courses out there where Tiger can use his experience to his advantage. While competing in four consecutive rounds may be out of reach for Tiger, don’t be shocked if he puts on a solid performance in Round 1.

To make the cut

Woods is in the “only playing majors” portion of his career, but he is still just 17 months removed from his horrific single-vehicle car wreck which he was lucky to survive, let alone play professional golf again. You can tell from his appearances at the Masters and the PGA Championship that he’s still got a ways to go before he can play a fully-healthy 72 holes.

That said, his performances at those two major championships were something to behold. At Augusta in April, he made the cut after shooting one-over-par through the first two rounds before tailing off on the weekend. He followed that up by shooting a 69 in Round 2 of the PGA Championship at Southern Hills to make the weekend cut before gutting out on the Saturday, forcing him to withdraw.

Either way, Tiger has at least two solid rounds in him before his leg gives way. And while the Old Course has many blind shots, the elevation changes aren’t as drastic as at Augusta and Southern Hills.

St. Andrews also requires great iron play, smart strategy, and creativity. These are things Woods has in droves, so bet him to make the weekend in what could be his final appearance at this cours in his storied career.

Well, we’re already betting Tiger to make the weekend. We’re just not sure how strong a finish he has in him. That said, St. Andrews should be an easier walk for him and his experience is truly an advantage for him.

In four starts there, he has two wins, a T23, and a missed cut in 2015. And to be fair, 2015 was the year which was the peak of his back injuries and he missed the cut in three consecutive majors before sitting out all of 2016 and 2017. He also has 10 career Top 10 finishes in the Open Championship.

A Top-40 finish is within reach, right? 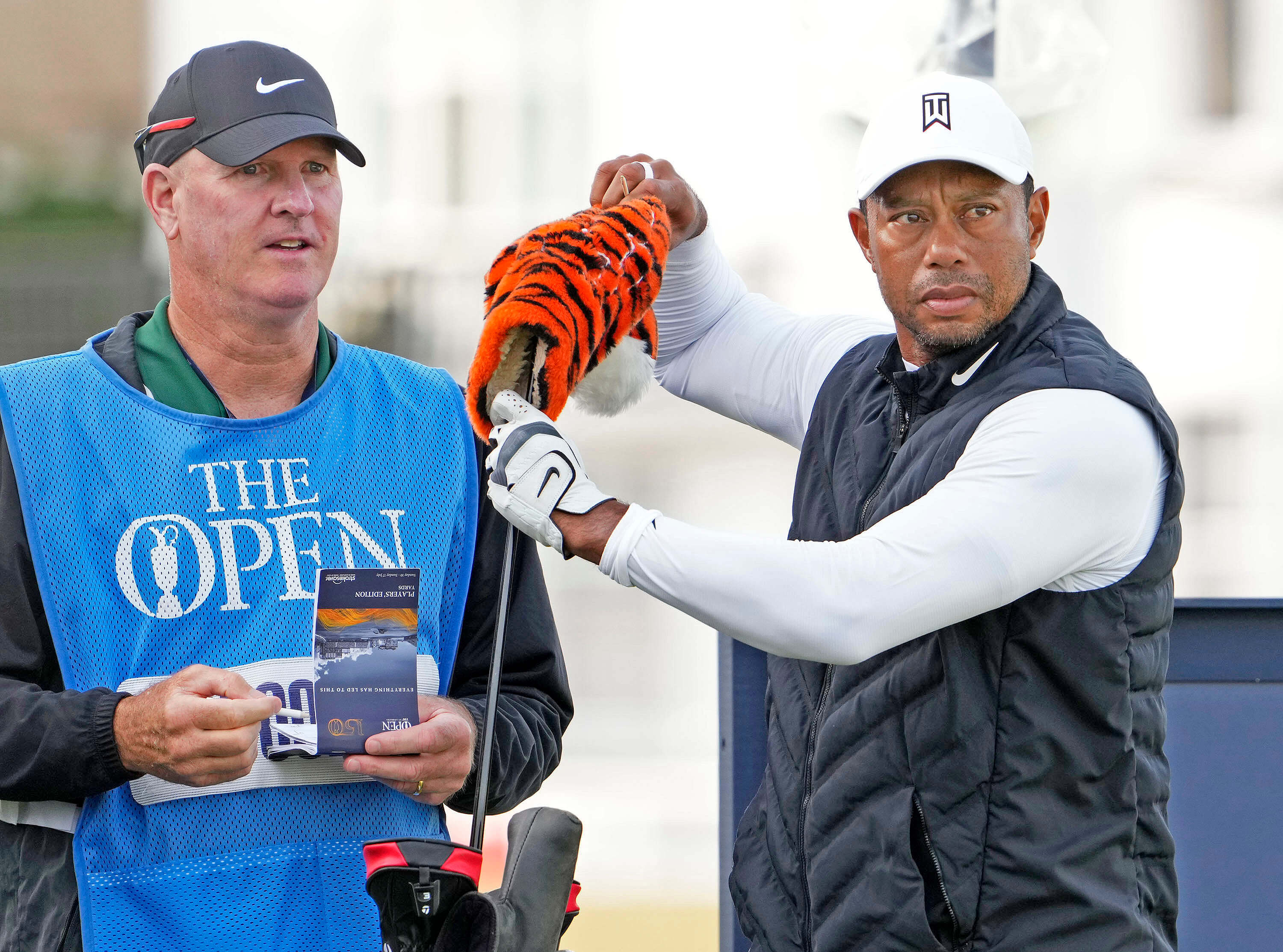 Tiger Woods Odds, Picks at the British Open
Provided by