While it may be hard to look past the litany of betting options atop the Open Championship odds board, there's serious betting value to be had as you approach the 50/1 odds range — most notably with major winners Louis Oosthuizen and Hideki Matsuyama.

The fourth and final major of the 2022 PGA Tour season will descend upon “the home of golf,” better known as The Old Course at St. Andrews, for the 150th Open Championship odds from July 14-17 in Scotland.

A field of 156 players will compete to win the iconic Claret Jug and $2.5 million of an Open-record $14 million purse, a 22% increase from the $11.5 million in prize money available in 2021 when Collin Morikawa finished atop the leaderboard in his Open Championship debut.

Rory McIlroy, the No. 2 player in the Official World Golf Ranking and winner of the 2014 Open Championship, is a +900 betting favorite to win his second Open title and fifth career golf major.

Last weekend’s Scottish Open victor Xander Schauffele is next in line on the odds board, at +1,200, followed by 2022 Masters champion Scottie Scheffler, a +1,400 choice to win the 30th edition of the Open hosted at St. Andrews, which will play as a Par 72 and measure 7,297 yards.

The above golfers should come in sharp in the final major of the year, but there is better value to be found lower on the odds board. Below we highlight three sleeper picks to win the 150th installment of the Open Championship.

A) Hideki Matsuyama to lead after Round 1 BOOSTED to +5,500 at Caesars! Claim Now

B) Ryan Fox to win outright BOOSTED to +7,000 at Caesars! Claim Now

The South African golfer struggled through injuries earlier in the season and hadn’t posted many promising results on the PGA Tour before he defected to the contentious LIV Golf tour. Oosthuizen’s best finish on the PGA Tour was a T14, in both the Shriners Children’s Open and Phoenix Open, while he finished no better than 30th in his eight other starts.

He was forced to withdraw from both the RSM Classic and Masters because of injury, then returned to play the PGA Championship, where he tied for 60th. He didn’t make another start until the U.S. Open at The Country Club in Brookline and missed the cut after firing an opening-round 77. But Oosthuizen’s eighth-place finish in the BMW International Open the following week sparked hope of a turnaround.

Since then, he’s played in both the London and Portland events on the LIV tour, tying for 10th in the inaugural tournament and finishing fifth in the latter, which offered a more competitive field, with Bryson DeChambeau, Brooks Koepka, Abraham Ancer, and Patrick Reed.

The 39-year-old Oosthuizen may be turning a corner just in time for St. Andrews, a course where he won his only major championship in 2010. Not only has he secured the Claret Jug at The Old Course once before, but he tied for second after losing in a four-hole playoff to Zach Johnson in Oosthuizen’s only other Open start at St. Andrews.

In last year’s Open, he tied for third at Royal St. George’s and may fully regain his form in his return to Scotland.

Not many people expected Matsuyama to earn a Green Jacket at Augusta in 2021, and his odds for the 2022 Open indicate doubt in his abilities at The Old Course as well. However, the OWGR No. 14 player has enjoyed a strong season on the PGA Tour thus far and could spring an upset in Europe.

The Japanese star has two wins this season, in the ZOZO Championship and Sony Open in Hawaii, and six Top 10s, including the U.S. Open. His play was inconsistent at the Scottish Open last weekend, and he missed the cut with rounds of 73 and 74, but Matsuyama has the skill to put it all together at St. Andrews.

He missed the cut in last year’s Open Championship, but seven of the past 12 winners also failed to make the weekend the year before their Open Championship win. The good news for Matsuyama, one of his three Top 20s in this tournament came at St. Andrews in 2015.

As for a DP World Tour star to keep an eye on, 35-year-old Ryan Fox has been on a tear this season, with four straight Top 3s in his last four appearances and a finish no worse than 15th dating back to his win at the Ras al Khaimah Classic in February.

Fox has missed one cut in five Open appearances and tied for 49th in 2015 at St. Andrews. He’s elevated his game since then and will come into this tournament fresh off a second-place finish at the Irish Open. 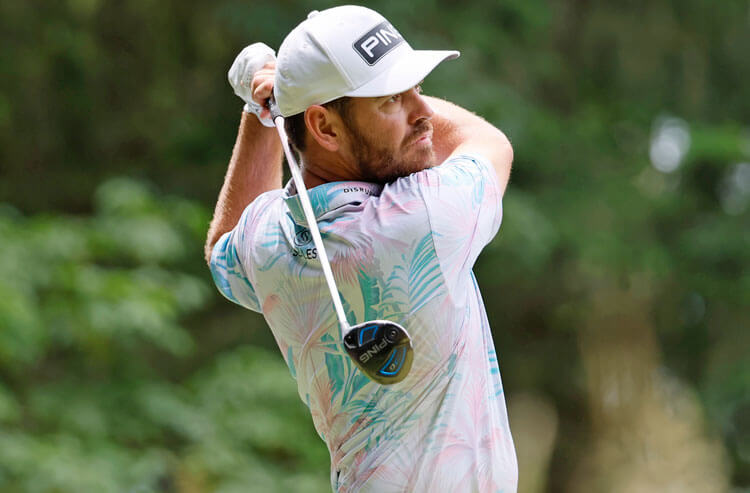