Singapore Grand Prix Picks and Predictions: Work to Do for Verstappen on Race Day at Marina Bay 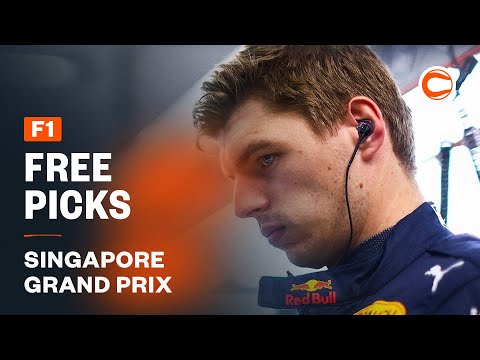 After a three-week break, Formula 1 returns this weekend with the Singapore Grand Prix, returning to the Marina Bay circuit for the first time since 2019.

All eyes in Singapore will be on championship leader Max Verstappen, as the Dutchman can clinch his second straight Drivers' Championship this weekend, should results go accordingly.

I didn’t want to take Max Verstappen to win this weekend.

I didn’t want to before the weekend, when he had considerably short odds for a race that would, on paper, favor his rivals at Mercedes and Ferrari more than it would Red Bull.

I didn’t want to after Friday’s practices, when — granted Verstappen ran into technical issues — the impressive pace of Ferrari and Mercedes showed up as expected.

However, after a qualifying session that left Verstappen starting eighth and +200 to win, I see no other choice than to take him to do just that.

First, let’s talk about the bizarre circumstances of Verstappen’s qualifying — and the way in which it encourages this pick.

Qualifying began with a wet track, and with every driver on intermediate tires, Verstappen set the quickest time in Q1. He was one of three drivers to set a time in the 1:53s, and he nearly cracked 1:52 with a fastest time of 1:52:057.

By Q3, the track had dried enough for everyone to go onto slick tires, and that’s when the oddities began.

With driver after driver setting a new quickest time as track conditions improved every lap, Verstappen had purple (fastest overall) sectors one and two, before curiously abandoning his lap — presumably to save battery power for a final, last-second push lap to get the best possible track conditions.

Verstappen was doing just that on his final lap, again well on pace for pole position — despite a pair of squirmy moments out of corners — when he was bizarrely told to abandon the lap again.

He was on-course for an unbelievable lap ????

Max was unable to fight for pole in Singapore, after being called into the pits to ensure he had enough fuel for a sample after qualifying#SingaporeGP #F1 pic.twitter.com/lUdIsiu5HJ

We later learned that was because the car would have had insufficient fuel (one liter) for a sample after qualifying, which would’ve resulted in a session DQ and a 20th-place start tomorrow.

So, in truly exceptional circumstances, Verstappen had two Q3 laps that would have been good enough for pole position but instead, he’ll start from eighth. That isn’t nearly enough to dissuade us after what we’ve seen.

This is a driver who has won five races in a row, with three of the last four coming from 10th, 15th, and seventh on the grid. The wins in Hungary (from 10th) and Italy (7th) are especially encouraging, as those are two of the more difficult circuits to overtake at.

As if Verstappen’s incredible form wasn’t enough, his team holds a few advantages for him in the race, too.

Red Bull has held a considerable edge in race pace all season, even during the early parts when Ferrari looked like a genuine challenger. Both Ferrari and Mercedes have struggled with tire degradation this season and in the draining conditions of Singapore, that could easily be a considerable detriment to both teams' strategies.

After a string of uncompetitive races, Verstappen’s teammate, Sergio Perez, qualified second and will be able to factor into the team’s strategy at the front. That will be a huge help, too, with both Ferraris and Lewis Hamilton starting ahead of Verstappen.

I held legitimate reasons for pause around Verstappen’s chances of winning before this weekend but a qualifying session that left him eighth ultimately only underscored just how inevitable he, and Red Bull, are.

Both days in Singapore have represented a mixed bag for Mercedes, which came to Marina Bay, a circuit that favors cars with superior downforce like Merc, with high hopes.

Friday’s practice sessions saw its drivers finish first (Lewis Hamilton) and fifth (George Russell) in FP1, and then third (Russell) and fifth (Hamilton) in FP2, which was encouraging for the team.

Hamilton poured a little cold water on it after, however, saying he believed they were still around a second off the pace.

Then, Saturday saw Lewis Hamilton fighting for pole position in Q3, ultimately finishing third and just 0.055 seconds from taking pole. However, on the flip side, Russell suffered as a result of the dynamic track conditions and was eliminated in Q2 to start 11th.

Russell’s starting position is almost entirely down to track conditions and the timing of his final push lap in Q2 and doesn’t represent his pace around Marina Bay. While we can get him to finish in the Top 6 — well within reason and something he has done in every race he’s completed this season — at -120, it makes much more sense to take both Mercedes cars to finish in the Top 6 at +110.

Starting third and at worst in the third-quickest car around Marina Bay, it’s hard to see Hamilton falling out of the Top 6. Russell, meanwhile, has a pace advantage over everyone between him and the Top 6, save for Verstappen. As one of the grid’s most consistent and steady drivers, five places is hardly a challenge for Russell to make up over the course of the race.

To reiterate, Russell has finished in the Top 6 in every single race this season except for one, in which he was involved in a first-lap crash that caused him to retire. Mercedes, meanwhile, has seen both drivers finish in the Top 6 in 11 of 16 races. Both Russell Top-6 finish and Mercedes both cars Top-6 finish are worth playing here.

Though it has become increasingly difficult to believe in Ferrari, even at tracks in which it should be strong, the early returns in Singapore — a circuit which should, in theory, suit its car more than any other team — were promising.

With Red Bull easily the best car on the grid, but Ferrari and Mercedes better suited for Singapore, it's going to be a wide-open fight for the front places in Saturday's qualifying. However, we can take enough away from both Friday in Singapore and recent races to thin out the field enough to be confident in Sainz standing on the podium.

Though Mercedes was competitive on Friday, Lewis Hamilton wasn't overwhelmingly happy, expressing his belief they were still roughly a second off the pace at the front. With a car that hasn't been exceptional in a one-lap setting this season, it's difficult to see either Hamilton or George Russell out-qualifying Sainz.

Then, as far as Red Bull is concerned, Sergio Perez's incredibly underwhelming season has just continued. Max Verstappen's teammate has been completely out of the fight at the front for months now, lapping not just at an uncompetitive time in comparison to Verstappen but to Ferrari and Mercedes, too.

It's not a huge edge but Sainz should be the third-most likely to finish on the podium on Sunday. He's currently listed with the fourth-shortest odds. At a track F1 hasn't raced at since 2019, in a Grand Prix that will have two or three teams fighting at the front, it's enough of an edge to have me happily backing Sainz to finish on the podium.

Looking further down the grid for potential surprises this weekend, it's hard not to be excited about the outlook for Valtteri Bottas and Alfa Romeo, a driver with good results here previously and a car well-suited to a low downforce circuit like Marina Bay.

After a quiet start to Friday, Bottas had a highly encouraging FP2 in which he finished seventh fastest overall and less than half a second off Hamilton in fifth. Quite encouraging too was Alfa Romeo's performance over the course of the full lap, in which it had the fifth-quickest ideal lap time and wasn't slower than fifth in any of the three sectors.

A strong weekend in Singapore would be a continuation of Bottas' career at Marina Bay up to this point. Prior to the pandemic and the Singapore Grand Prix's removal from the F1 calendar, Bottas finished third, fourth, and fifth in consecutive years at Mercedes, and previously finished fifth here in a Williams, too.

Bottas' results have cooled off considerably since the start of the season, in which he finished in the points in seven of nine races, but Singapore represents a great chance for the Finn to get back in the Top 10 — and a great chance at good value for us, with Bottas at +150. 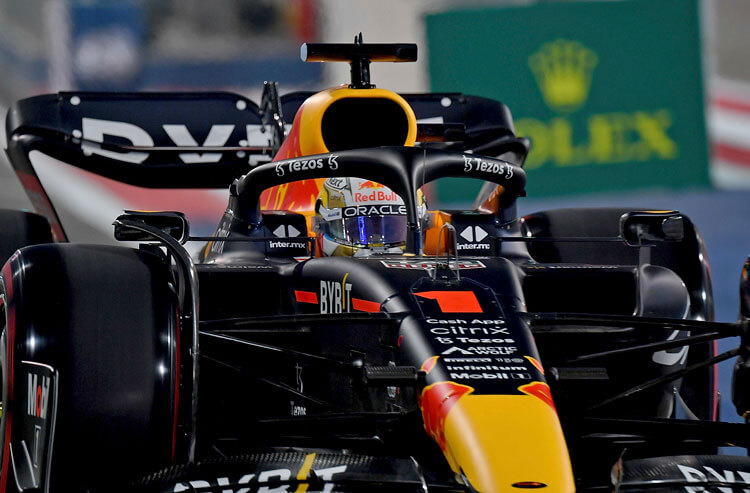 Singapore Grand Prix Picks and Predictions: Work to Do for Verstappen on Race Day at Marina Bay
Provided by