A thrilling season has seen Mercedes and Lewis Hamilton trade punches with Red Bull and Max Verstappen all year, with the advantage shifting race-to-race. At a circuit new to F1, our Qatar Grand Prix picks break down which way it will swing this weekend.

We'll race in Qatar for the first time this weekend, as this weekend's F1 betting will be out of the Losail Circuit in Doha.

We've got all you need to know ahead of Sunday's race with the full F1 odds below and our Qatar Grand Prix picks.

Where is the Qatar Grand Prix taking place?

The Qatar Grand Prix will take place at the Losail International Circuit, with F1 racing at the track for the first time. The circuit opened in 2004 but since then, it has been mostly used for MotoGP, appearing on that calendar regularly.

The track has a long start/finish straight and is otherwise made up of over a dozen twisting turns, with mostly high-speed corners. Due to the track's MotoGP purpose, most overtaking will happen on the start/finish straight into turn one, as the track is relatively narrow for modern F1 cars. Strategy will also weigh in heavily, as the series of turns will present considerable tire wear.

With F1 making its debut at this circuit, we have limited data to work with. Throughout the season, we've seen the championships swing back and forth between Red Bull/Max Verstappen and Mercedes/Lewis Hamilton, depending on the circuit. Hamilton's dominant performance in Brazil last weekend was encouraging for the title holders and is reason for him to be favored here but at +162 to win the race, Verstappen holds good value.

What we do know about this circuit is that downforce will be absolutely vital in every part of the track outside the start/finish straight, with 14 turns to navigate. We know those sectors will favor Red Bull and Verstappen considerably. So, it really just comes down to how much of a pace difference Verstappen can create to Hamilton in those sectors, and how much of an advantage Hamilton and Mercedes' power gives them on the start/finish straight.

In all likelihood, we'll have a pretty good sense of who should win by Saturday's qualifying session but should all signs point to Red Bull's downforce being more valuable than Mercedes' power, Verstappen's odds will shrink quickly. It's worth getting ahead of the weekend's data and taking Verstappen to win at these odds but taking either of him (+225) or Hamilton (+175) to top both qualifying and the race is worthwhile, too.

We're into the end game now. Both title fights are coming down to the end and as such, every single point is of the utmost importance. We saw that in action last weekend when, with a comfortable gap between fourth and fifth, Red Bull sent Sergio Perez into the pits for fresh tires and a shot at the fastest lap to take a point off Hamilton. Provided that window exists, we're sure to see either Red Bull or Mercedes do something similar at every remaining race this season.

At a circuit in Qatar that's expected to be both difficult to overtake and follow, the frontrunners should be able to create a considerable gap between themselves and the rest of the grid. Barring a racing incident, that should mean Verstappen, Hamilton, Perez, and Valtteri Bottas will be working with a big enough pace advantage to pit for fresh tires and a shot at the fastest lap toward the end of the race.

Either Bottas (+450) or Perez (+400) are good value to take the fastest lap, especially in comparison to Hamilton and Verstappen (+187), as they have the car to do so and their teams have previously shown a quick trigger in bringing them in at the end in an effort to do so. Bottas has four fastest laps this season, while Perez has two. If we like Verstappen to win this weekend, which we do, then that would likely put Perez third and Bottas fourth, and thus, the Fin more likely to be brought in for the fastest lap.

In a track with no prior information to work off of, it's tricky to find betting value on the grid this weekend. In all likelihood, the two Red Bulls and two Mercedes will occupy four of the Top 6 spots. The other two should be expected to be taken by Ferrari, with both Charles Leclerc and Carlos Sainz Jr. very consistent during the second half of the season, Ferrari's new power unit working wonders, and their aero advantage beneficial at this track.

At least one of Sainz or Leclerc has finished in the Top 5 in each of the previous seven races, while they've come home fifth and sixth in back-to-back races. However, the best value on a Top 6 finish for either Ferrari is Sainz at -200, while a podium for either is too unlikely to get behind. (Granted, at +500, Leclerc could be worth a flier as a fresh track to the grid should favor the most talented drivers, of which he is certainly one.)

So, if we're going to take someone to break up the Red Bull, Mercedes, and Ferrari Top 6 hegemony, why not Pierre 6asly himself. The AlphaTauri driver has lived in the sixth spot on the grid this year, qualifying in the Top 6 in 13 of 18 races (and exactly sixth a fitting six times) and finishing in the Top 6 in seven of the 15 races he's completed. At +110, we're getting behind one of this season's most consistent drivers, and one who finds himself in a car that, like Red Bull, has the type of downforce that should provide an advantage outside of the start/finish straight.

Past winners of the Qatar Grand Prix

This is the inaugural Qatar Grand Prix so there are no previous winners, but the Grand Prix will rejoin the F1 calendar for a 10-year period in 2023. 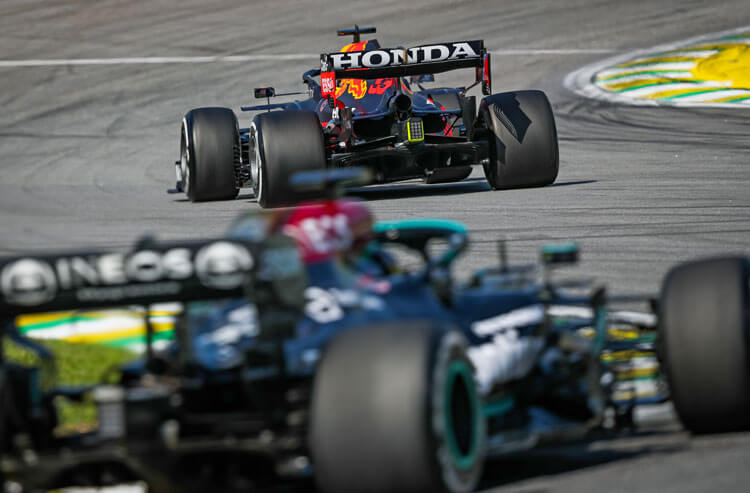