After a frustrating weekend in Singapore, Max Verstappen is again looking to clinch the Drivers' Championship this weekend at Suzuka. Japanese Grand Prix odds suggest this will be the weekend for the Dutch driver.

After a two-season absence, due to the pandemic, one of Formula 1's most famous races returns this weekend with the Japanese Grand Prix at the famous Suzuka Circuit.

While last weekend's race didn't go according to plan, Red Bull is looking at a dream scenario in which its lead driver, Max Verstappen, clinches the 2022 World Drivers' Championship — at the de facto home of Honda, its engine supplier.

After a frustrating weekend in Singapore, Max Verstappen's wait to clinch the 2022 Drivers' Championship will continue into race day at Suzuka. One of the highest-speed circuits on the calendar, it appears set to be a Red Bull-dominated weekend — and the odds reflect as much after Verstappen took pole in qualifying.

During the early stages of qualifying, it looked like Leclerc and Verstappen would be in a great fight for pole down to the end. Instead, the Ferrari driver could not even improve on his final fast lap of Q3 and will start from second in the race.

After posting competitive times in FP3 and the early parts of qualifying, Leclerc's teammate Carlos Sainz fell away in Q3 to settle into the second row. Sainz will start third in the race, alongside Sergio Perez. 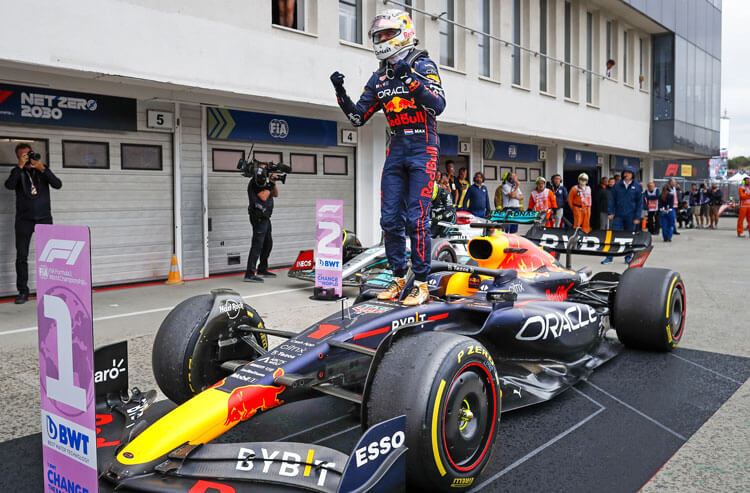