Max Verstappen continued his dominant form with another win at the Canadian Grand Prix. He's now a -110 solo favorite to win the British Grand Prix at Silverstone. As per usual, Leclerc and Perez are second and third on the British GP odds board.

The Canadian Grand Prix saw yet another victory for Red Bull's Max Verstappen, a critical bounceback result for Carlos Sainz, and Lewis Hamilton's first podium of the season.

Now, the Formula 1 grid prepares for one of the most prestigious races on the calendar — the British Grand Prix at Silverstone Circuit.

To no one's surprise, Max Verstappen is entering the week a solo betting favorite at -110 with Ferrari's Charles Leclerc second on the board at +275. Last year's winner, Lewis Hamilton, is on the board at +1,400.

We break it all down in our full British Grand Prix odds board below.

Another week, another race win for Red Bull's Max Verstappen, who enters the British Grand Prix on a run of six victories in eight tries after dominating the weekend in Canada.

He's taken a 46-point lead atop the F1 Drivers' Standings and as such, enters the week a clear betting favorite at -110.

After retiring his car in Baku, Ferrari made some key replacements to Leclerc's power unit, penalizing him to a back-row start.

While he did well to secure 10 points with a fifth-place finish, the mid-season frustrations are growing for Leclerc in the Ferrari, who has quickly fallen nearly 50 points behind Max Verstappen after having a pretty sizable early-season lead. Could this be the week he gets his season back on track?

Despite an early exit from the Canadian Grand Prix last weekend, Sergio Perez remains in the best form of his career, with a plethora of podium finishes already to his name this season.

He also remains second in the Drivers' Standings and enters the week third on the odds board behind Verstappen and Leclerc at +700.

Check out the full starting grid after Saturday's qualifying session! 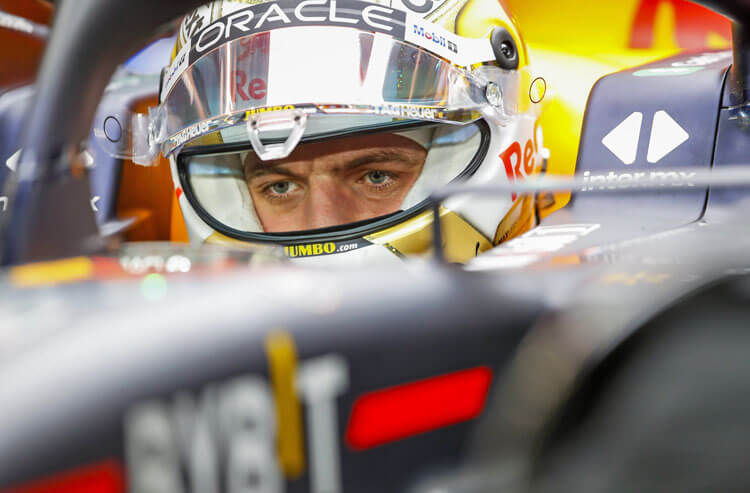