NFL betting got a jolt Sunday night from a source that shouldn’t be surprising, as the New England Patriots announced the signing of free-agent quarterback Cam Newton. That sent bookmakers scrambling to reconfigure NFL futures numbers, particularly with regard to Super Bowl odds and AFC championship odds.

PointsBet USA, The SuperBook at Westgate and FanDuel Sportsbook chimed in on Patriots odds moves in several markets, as well as a sizable adjustment in Newton’s NFL MVP odds.

What are the Patriots’ Super Bowl odds after signing Cam Newton?

The SuperBook adjusted New England from +4,000 to +3,000 in its Super Bowl odds market, behind 10 other teams, and bettors were interested right away.

What are the Patriots’ AFC championship odds after signing Cam Newton?

What are the Patriots’ AFC East odds after signing Cam Newton?

After losing Tom Brady, New England no longer was the favorite to win the AFC East, for the first time in seemingly forever. With the acquisition of Newton, however, the Patriots are back in the top spot, moving from +140 to +115 at PointsBet USA, while the Bills adjusted from +110 to +130.

“The Pats’ odds saw quick adjustments across the board,” Eichner said.

What are Cam Newton’s MVP odds?

This was a major mover at The SuperBook. Wilkinson said his shop tightened Newton’s MVP odds from +30,000 to +4,000, but as the news broke, a sharp bet slid in at the far higher number.

Many online books and casinos offer bets on NFL odds and props. Check out the best sportsbooks available where you live. 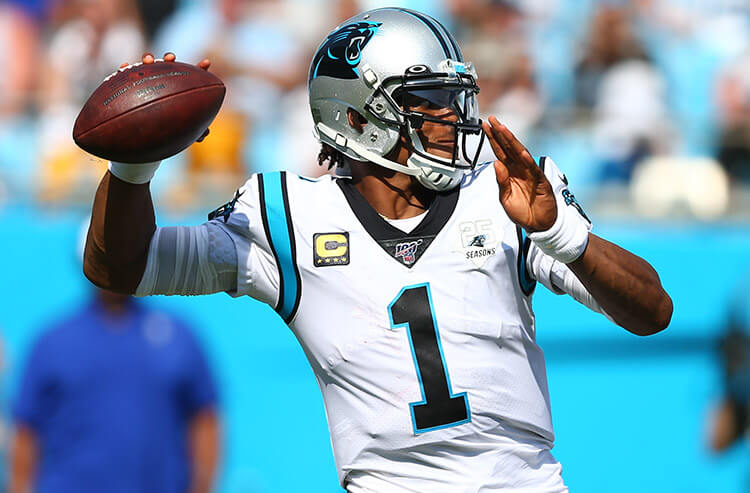