Joanne Calderwood vs Jennifer Maia is the co-main event for UFC Fight Night betting on Saturday, August 1 at the Apex in Las Vegas. UFC odds have Calderwood installed as the -154 favorite, while Brown is the underdog at +130.

We break down the UFC betting odds for this women's flyweight tilt and give our best picks and predictions for Calderwood vs Maia at UFC Fight Night on August 1.

Calderwood was originally scheduled to face Valentina Shevchenko in June for the women's Flyweight Championship, while Maia was set to square off against Viviane Araújo. However, Shevchenko pulled out with an injury while Araújo tested positive for COVID-19, resulting in this matchup.

Joanne Calderwood enters this fight as the No. 3 ranked contender in the flyweight division and has to be given props for taking this fight when she could have just sat back and waited for her title shot. Calderwood is coming off a split-decision win over Andrea Lee and has won three of her last four fights, with her lone loss in that span coming against No. 1 ranked contender Katlyn Chookagian.

Calderwood is a pressure fighter that prefers to keep things standing up and fights at a ferocious pace, landing 6.19 significant strikes per minute and 1.85 takedowns every 15 minutes.

Maia is fresh off her own loss to Chookagian last November but won her previous two fights in 2019 against Alexis Davis and Roxanne Modafferi. The Brazilian is No. 6 in the flyweight rankings and previously held the Invicta FC Flyweight Title. Maia is a well-rounded fighter with a Muay Thai and BJJ background but prefers to keep the fight on her feet.

Calderwood vs Maia tale of the tape

PREDICTION: Calderwood to win by points (+105) - One of Calderwood's few weaknesses is her takedown defense but given that Maia averages only 0.25 takedown attempts per 15 minutes, that shouldn't impact this fight.

Calderwood does a great job at maintaining distance and uses her kicks to devastating effect which could be an issue for the stockier Maia. I don't see either of these fighters being able to get a finish, and Calderwood has better strike volume and strike defense, which will lead to her gaining an edge in points.

Joanne Calderwood vs Jennifer Maia is just one of the bouts slated for UFC Fight Night, with plenty of other exciting fights on this card. Check out our best picks and predictions for these other bouts taking place on August 1: 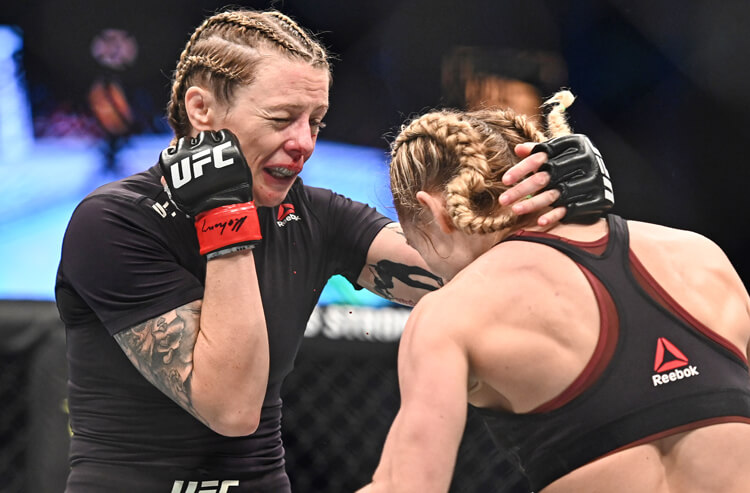 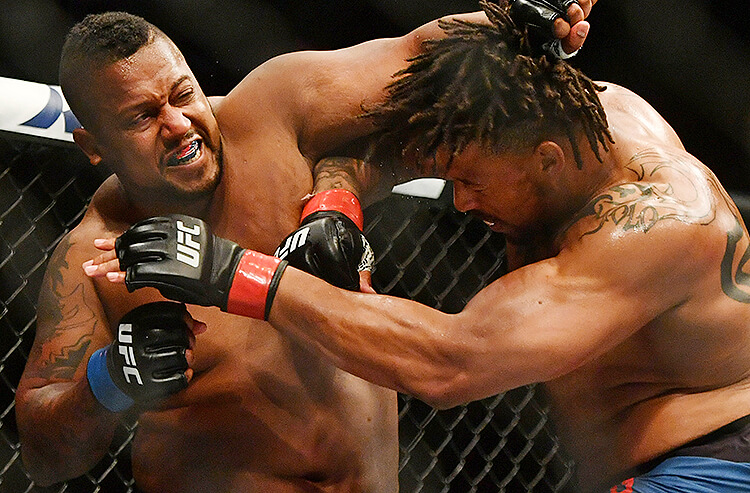 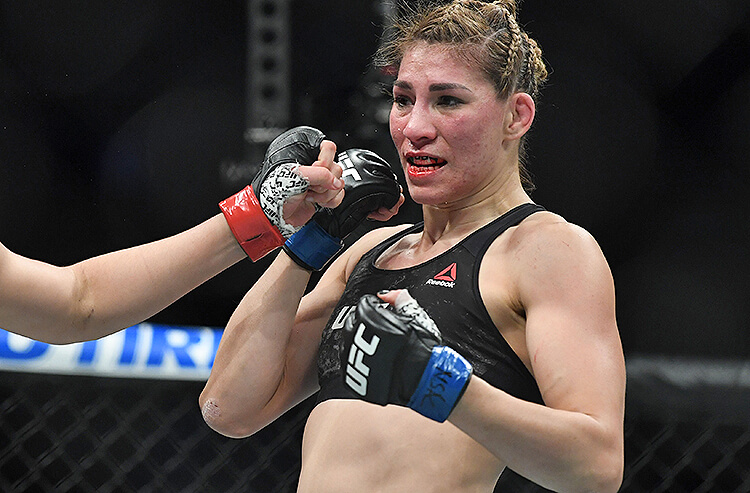 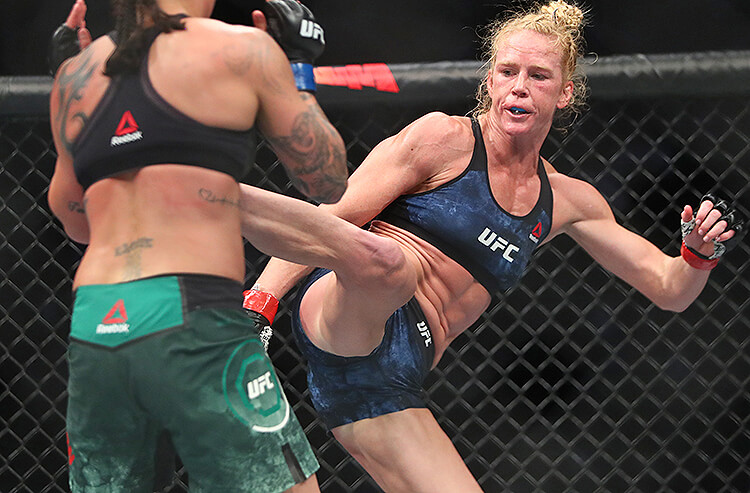 UFC Fight Night betting odds: Holm vs Aldana headlines Oct 3
Get the best sports betting information delivered straight to your inbox for free.
By signing up for the Covers newsletter, you agree to receive electronic communications from Covers about our products and services, as well as other content that may be of interest to you
About Us
Contact Us
Careers
Our Team
Our Community