The CFL regular season is concluding, and it couldn't come soon enough for an Ottawa Redblacks' team hasn't had any success, even at home. Check out why we're betting against them at TD Place once more in our Tiger-Cats vs. Redblacks betting picks. 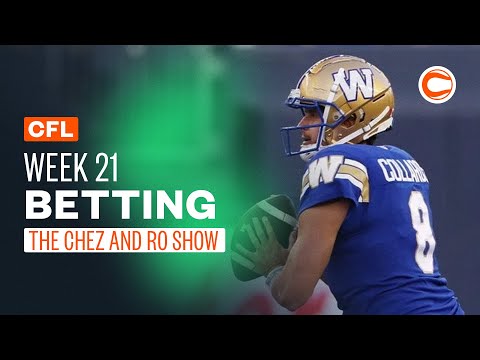 The Hamilton Tiger-Cats and Ottawa Redblacks wrap up their regular season with a clash in the nation's capital on Saturday.

The Ticats edged Ottawa last week to book a spot in the playoffs, while the Redblacks will finish at the bottom of the East Division for the third season in a row. With this Week 21 clash largely meaningless for both sides, the Tabbies opened as slim 1.5-point road favorites before slimming to -1.

Here are my best free Tiger-Cats vs. Redblacks CFL picks and predictions for October 29.

Tiger-Cats vs Redblacks picks and predictions

It's definitely tough to handicap what is essentially a meaningless game for both teams. The Ticats could rest some key starters in anticipation of next week's playoff clash with the Alouettes. Meanwhile, the Redblacks could give some playing time to younger players to evaluate for next year while shutting down veterans.

We do know who both teams will have at quarterback. Dane Evans is expected to start at pivot for Hamilton despite a thumb injury, and even if experienced backup Matt Shiltz takes over at some point, there isn't much of a dropoff.

The Redblacks will start Caleb Evans, who has been playing as a short-yardage specialist in recent weeks. Evans previously started at QB from Weeks 6 through 9 before an ugly performance against Calgary saw him banished to the bench. Rookie Tyrie Adams, who has never taken a pro snap, will serve as his backup and is expected to play as well.

While the Tabbies could sit a few starters (especially in the second half), the Redblacks are so banged up that they'll likely be forced to rely on a slew of backups as well.

Wide receiver Jaelon Acklin is the Redblacks' best threat on offense, and he has been shut down for the season. Ottawa is also down to its fourth-string running back and will be without two of its best defensive backs in an already struggling secondary. Ottawa's defensive MVP, Lorenzo Mauldin (who leads the CFL with 16 sacks), is listed as questionable after missing practice all week.

With the Ticats boasting the better depth and quarterbacks, I'm leaning towards taking them at practically a pick'em.

These teams faced off in Hamilton last week, and the Ticats clawed back from a 21-13 first-half deficit to win on a last-minute field goal. That was the Redblacks' fifth loss in their last six games and dropped their record to 4-13.

The Redblacks entered this season with high expectations, and after a pair of close losses to the Bombers, their season unraveled. Quarterback Jeremiah Masoli suffered a season-ending injury in Week 5, and the platoon of Evans and Nick Arbuckle struggled as his replacements.

They also ended up with multiple injuries at the other skill positions and in their secondary. This has resulted in a team that ranks second-last in the league in scoring offense (21.4 points per game) and third-last in scoring defense (26.6 ppg).

The Ticats have also been a disappointment and can consider themselves fortunate to qualify for the postseason. They got off to a terrible start this year, with Evans turning the ball over at an absurd rate.

He has cut down on those giveaways over the last month, and the Ticats have gone 4-1 SU (3-2) ATS in their last five games — headlined by a 48-31 victory over the Blue Bombers in Week 15.

The Redblacks haven't benefited from home-field advantage lately and have won just one of their last 23 games at TD Place while going 1-7 ATS this season.

Masoli would have helped Ottawa on offense, but no one player would have been able to fix this Redblacks' defense. The Redblacks allowed a league-worst 365.1 yards per game and ranked second-last in opponent pass efficiency rating (103.4) and yards allowed per pass attempt (9.2).

I mentioned that Ottawa was third-last in the league in scoring defense, and Hamilton is just behind, surrendering 26.9 ppg. Although that has a lot to do with the turnovers and poor field position earlier in the season, it's still fair to say that this Ticats stop unit has underachieved.

Offensively these teams have been airing it out and rolling up the yards lately. That said, the Redblacks will have a tougher time moving it through the air with Evans and Adams than they did with Arbuckle.

Evans is an improvement in terms of running ability but will be facing a Hamilton defense that limits opponents to a league-low 4.7 yards per carry.

Tiger-Cats vs Redblacks trend to know

The Over is 4-1 in the Redblacks' last five games while going 7-3 in the Ticats' previous 10. Find more CFL betting trends for Tiger-Cats vs. Redblacks.