Roughriders vs Tiger-Cats Week 18 Picks and Predictions: Playoff Picture Gets Clearer in Hamilton

Hamilton will see a major matchup on Friday, as it hosts Saskatchewan with both barreling toward playoff berths. The home Tiger-Cats are favored here but our CFL betting picks make the case for the Roughriders in Week 18. 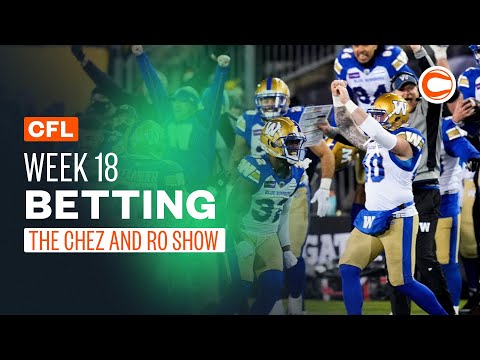 Week 18 in the CFL kicks off on Friday with a showdown between the Saskatchewan Roughriders and the Hamilton Tiger-Cats.

This is a crucial matchup, with the Riders on pace to secure a cross-over playoff berth and 1.5-games up on the Ticats, who are in third place in the East Divison. Oddsmakers expect a close contest with CFL betting odds hitting the board with the Ticats as 1.5-point home favourites before ticking up to -2.5.

Here are my best free Roughriders vs. Tiger-Cats CFL picks and predictions for October 7.

Roughriders vs Tiger-Cats picks and predictions

The Riders come into Week 18 having lost four games in a row but it's worth mentioning that three of those defeats came against the best team in the league in the Winnipeg Blue Bombers.

The Tiger-Cats actually upset the Bombers three weeks ago but that's their only victory in their last five games and they immediately lost 23-16 to the Alouettes before enjoying a bye week.

Despite being decimated by injuries this season, the Riders have generally performed better than the Ticats and have a superior record despite playing against tougher competition in the West Divison. Sure, much has changed since Week 1, when the Riders rolled the Tabbies 30-13 at Mosaic, but I still think Saskatchewan has the better team.

Hamilton is last in the CFL in turnovers and while quarterback Dane Evans has done a much better job of holding on to the ball in the last two games, I'm not convinced that he'll be able to keep it together against this opportunistic Riders defense. Especially with Saskatchewan boasting one of the league's best defensive lines and facing off against a Hamilton offensive line that has struggled this season.

I don't think that the Riders should be getting points in this spot so I'm backing them as the dogs.

Cody Fajardo and the Roughriders have looked lackluster on offense this season. That said, they are starting to get healthier, especially at wide receiver and on the offensive line, and they've been moving the ball better as a result.

The Ticats could also see some key players return to the field this week, with All-Star defenders Ciante Evans and Simoni Lawrence practicing in full on Monday along with dynamic returner Lawrence Woods III.

Hamilton is still missing a few pieces on the offensive line however and protecting Evans is a must. Evans has thrown for a decent amount of yards and can attack deep but he has also thrown 13 interceptions while losing seven fumbles in 13 games.

To be fair, Riders quarterback Cody Fajardo has also been sloppy at times this season but he has the better group of weapons and he has more mobility as well.

Both of these defenses are very strong on paper but haven't played up to their ability in recent weeks. They are both loaded at linebacker with the Ticats boasting the better group of defensive backs and the Riders getting more pressure from their defensive line.

The Riders have been hit hard by injuries this season and the latest position group to get decimated is running back, with fourth-string Shaq Cooper taking first-team reps in practice on Monday. Top running back Jamal Morrow just came off the six-game IR and was limited in practice, his backup Frankie Hickson just hit the six-game IR, and third-string Kienan Lafrance missed practice on Monday with a knee injury.

That should mean a pass-heavy game for Fajardo, which also makes sense when you consider how solid the Ticats have been against the run and the return of Lawrence to the linebacker corps. The Ticats will likely also air it out with their offense having the most pass attempts in the league and throwing for the second most yards (287.4 ypg).

Hamilton erupted for 48 points against Winnipeg's dominant defense but that was an outlier performance with the Ticats just seventh in the league with 22.5 points per game. That said, they face a Riders defense that has regressed a bit lately. While getting torched by Zach Collaros and the Bombers is one thing, the Riders also surrendered 439 yards and 26 points to the Elks in Week 15.

The Tabbies have also underachieved on defense lately and have surrendered 304.8 passing yards per game over their last five contests. Both of these secondaries have also been susceptible to big plays with the Riders allowing a league-high 26 receptions of 30+ yards while the Ticats have surrendered just one less in one fewer game.

Roughriders vs Tiger-Cats trend to know

The Under is 5-0 in the last five meetings. Find more CFL betting trends for Roughriders vs. Tiger Cats. 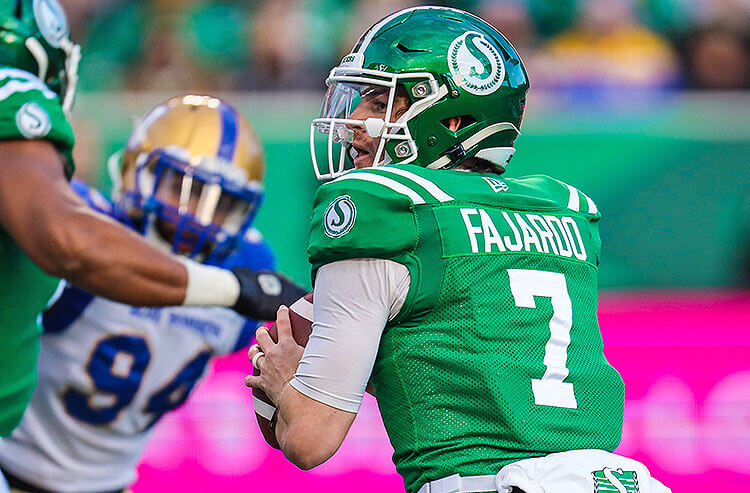 Roughriders vs Tiger-Cats Week 18 Picks and Predictions: Playoff Picture Gets Clearer in Hamilton
Provided by