Ottawa's been an auto-fade for us pretty much all season, but have the books finally adjusted to how bad they are? Find out which way we're leaning against this bloated spread with our Redblacks vs. Alouettes picks. 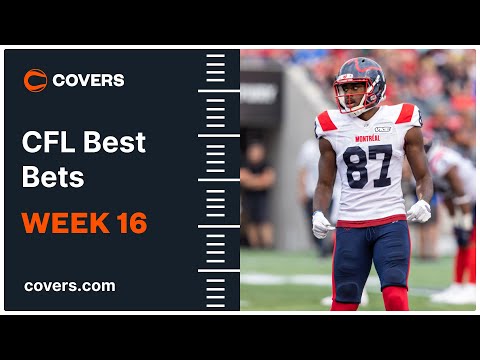 The CFL betting board only has two games that matter in Week 16, including a Friday night showdown between the Ottawa Redblacks and Montreal Alouettes.

The Als would claim home-field advantage in the Eastern Semi-Final with a win and a Tiger-Cats loss or tie. Montreal should be able to hold up its end of that scenario with CFL betting lines installing the Als as whopping 14-point favorites against the last-place Redblacks.

Here are our best free Redblacks vs. Alouettes picks and predictions for Friday, November 19

The Alouettes are 0-6 ATS in their last six games as a home favorite. Find more CFL betting trends for Redblacks vs. Alouettes.

The Alouettes could still host the Eastern Semi-Finals, which should make them motivated to play their starters and win this contest. They also likely want to get more reps for new (and former Redblack) quarterback Trevor Harris, who was acquired last month and started in Montreal's last two contests, both against the Blue Bombers.

The Als are coming off a 28-14 win over the Bombers, who rested most of their starters, including their MOP candidate in Zach Collaros. They're 5-2 SU and ATS in their last seven games, which includes two victories against the Redblacks.

Ottawa is coming off a bye and is last in the CFL standings with a 2-11 record while losing six in a row. That said, the Redblacks have been competing hard down the stretch, falling 23-20 to the Argos two weeks ago and losing on a last-minute touchdown in Montreal in Week 10.

The Redblacks have been brutal on both sides of the ball but might not be the instant ATS fade that they were earlier in the season. From mid-August of 2019 through Week 8 of this season, the Redblacks had gone just 1-15 SU and 2-14 ATS but had been double-digit underdogs just twice during that span. However, over their last seven games, during which they've gone 3-4 ATS, they've been spotted at least 10 points on four occasions, and the +14 for Friday is tied for their largest spread of the year.

It looks like the books might have actually caught on to just how bad the Redblacks are, which means they might be a bit under-valued when it comes to the spread. The Als will no doubt try to win this game, but there's no guarantee they'll be able to run up the score, especially when they couldn't in either of the previous two contests against Ottawa last month.

Expect the Als to grab a lead, then sit back and control the clock with their dominant running game. That should allow Ottawa to stick around close enough to cover.

These teams combined for 879 yards, 53 first downs, and 80 points when they met up in Week 5, but a lot has changed since then. The Als still have the league's best running back in William Stanback (1,131 rushing yards) but they're adjusting to a new QB with Vernon Adams Jr. on the IR and have been without dynamite returner Mario Alford.

Montreal has also shown plenty of improvement on the defensive side of the ball and now leads the league with 45 sacks on the year while limiting foes to 283.9 yards and 18.9 ppg over their last seven contests.

They should be able to contain an Ottawa offense that has flipped between four different starting QBs this year and is averaging 15.8 ppg.

With the Redblacks cashing the Under in five straight games and the Als going 4-1-1 to the Under in their last six games at Molson Stadium, expect a lower-scoring contest like the previous two meetings we saw in October.

Did you know that if you parlayed this week’s CFL Redblacks vs. Alouettes picks, you could win $26.45 on a $10 bet? 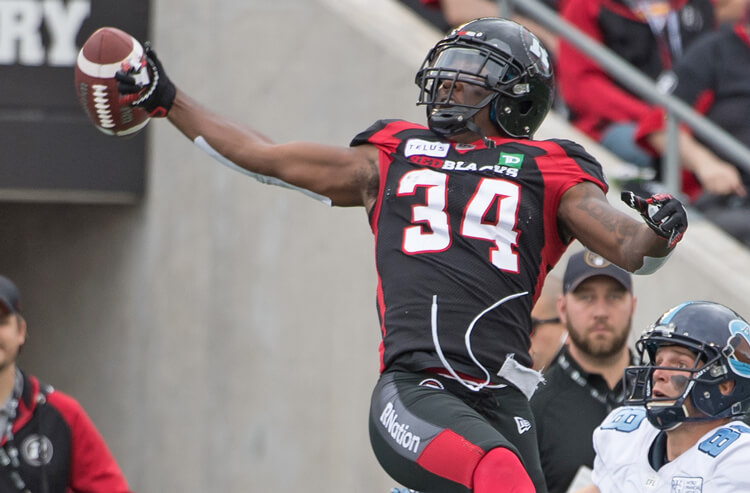 Redblacks vs Alouettes Week 16 Picks and Predictions: Backing the Redblacks (Somehow)
Provided by