Calgary is the rightful favorite in this Week 3 matchup, but its defense has proved vulnerable to explosive plays. As such, our CFL betting picks are banking on a good showing from the Elks' offense — ultimately keeping them within the number. 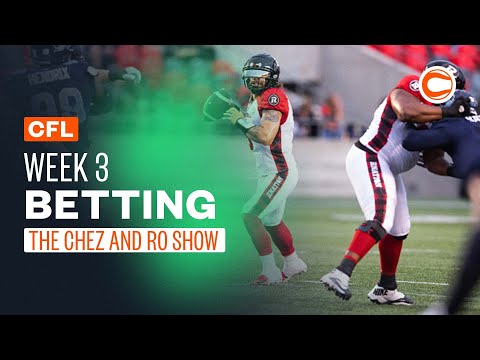 Week 3 in the CFL features the Battle of Alberta on Saturday night as the Calgary Stampeders host the Edmonton Elks at McMahon Stadium.

The Elks have started the year with a pair of double-digit losses while the Stamps are looking to win their third game in a row.

This is the most lopsided matchup on the CFL betting board this week with Calgary opening as an 8.5-point home favorite with the total at 49.5.

Here are our best free Elks vs. Stampeders CFL picks and predictions for June 25.

This line opened with the Elks installed as 8.5-point road underdogs with the O/U at 49.5. As of Thursday afternoon, both lines have seen little movement with a few books dealing Elks +9 with a total of 49.

Elks vs Stampeders picks and predictions

The Stamps have opened their season with back-to-back wins but they needed to mount comebacks in both contests.

In Week 1, they had to fight back from a 10-point halftime deficit and eventually won on a Rene Paredes field goal with less than a minute left on the clock. Last week, they were down 24-3 points in Hamilton but scored 27 points in the second half to push the game into OT where Paredes won the game once again with his boot.

On paper, they should have a much easier time this week against a rebuilding Edmonton side but games aren't played on paper and rivalry games can often be a bit closer than they should be. Matter of fact, the Elks beat the Stamps 32-20 in Calgary as 5-point pups last year and the underdog is 9-1 against the spread in the last 10 meetings between these provincial rivals.

The Elks were blown out of the water in Week 1 when they went to Vancouver and were destroyed 59-15 by the Lions. They were much more competitive last week, losing to the Riders 26-16, but boasting a 13-12 lead heading into the final frame.

Elks quarterback Nick Arbuckle needs to cut down on his interceptions but he has thrown for 569 yards in two games and seems to have great chemistry with deep threats Kenny Lawler and Emmanuel Arceneaux.

Edmonton also has a strong running back in James Wilder Jr. and that balanced offense should be able to move the ball against a Stamps team that ranks second-last in the league in both passing (337.5) and rushing yards (107) allowed per game.

Sloppy mistakes and poor execution have cost the Elks dearly in the first two weeks of the season but they made strides last week and I think they're going to continue to improve as the season goes on under head coach Chris Jones.

They might not be able to pull off the win on Saturday, but I think they do enough to cover this spread.

With an O/U of 49.5, this is a big total but the wind and rain expected to hit Calgary on Thursday and Friday is expected to clear up by Saturday's contest. Calgary has easily cashed the Over in their first two games of the year and its vulnerable defense and potent offense have me leaning in that direction again today.

The Elks are the only team in the league allowing more yards per game than the Stamps, and although they limited the Riders to 26 points last week, they still gave up 431 yards of offense.

Now, they'll face off against a dangerous Stamps offense. Although two-time MOP winner Bo Levi Mitchell is listed as questionable, there isn't much of a dropoff between him and backup Jake Maier who earned valuable playing time last year. Whoever is slinging the ball for Calgary will have a bevy of explosive targets, headlined by 2021 West Division All-Stars Kamar Jordan and Ka'Deem Carey.

The Stamps took a while to get going against Hamilton's stout defense last week but they should find it easier to get on the board against Edmonton. I'm leaning towards the Over.

There were question marks about this Calgary defense entering the year and through the first two weeks, those concerns remain unanswered after some ugly first-half performances.

The Stamps' stop-unit has been racking up takeaways but those bounces and tips won't always go their way. Otherwise, they're giving up way too many big plays, both on the ground and through the air.

Calgary defensive back Branden Dozier being on the six-game IL certainly doesn't help and two other starters in the secondary, Tre Roberson and Jonathan Moxey, are also questionable.

Arbuckle & Co. have done a good job of picking up yards and eventually those gains are going to result in getting into the end zone. It also helps that the Elks added reliable kicker Sergio Castillo in the offseason and he'll likely be able to slot a few field goals thanks to the better field position with the new CFL rules. 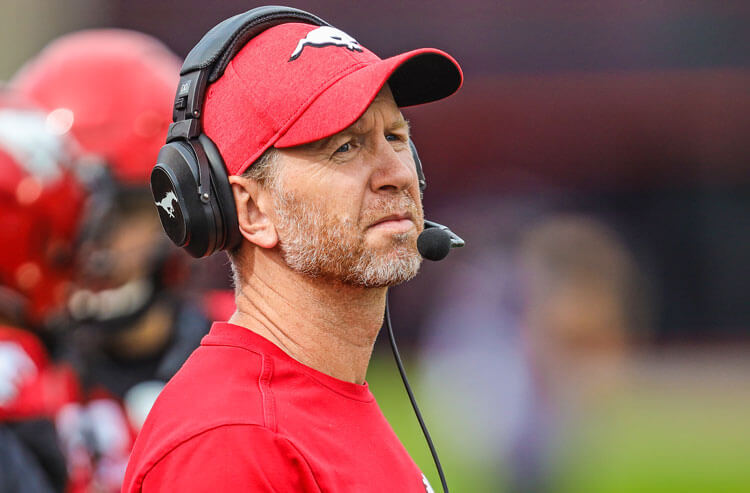 Elks vs Tiger-Cats Week 4 Picks and Predictions: Hamilton Gets Its Claws Out
Rohit Ponnaiya | Jun 28, 2022