Last week was crazy even by CFL standards with underdogs winning straight up in three of four games and losing by just single point in the other. But we're jumping back on the horse with our picks for Week 5.

We break down the odds for all the games in the Great White North including a Saturday night matchup between the Hamilton Tiger-Cats and Calgary Stampeders.

EDMONTON ESKIMOS AT BC LIONS

This is a rematch from Week 2, except the Eskimos will be on the road. That first game was highly anticipated with star quarterback Mike Reilly returning to Edmonton where he starred with the Eskimos for the last six years. But Reilly went bust in that game, completing just 14 for 27 passes for 149 yards in a 39-23 BC loss.

Last week, BC pulled off their first win of the season but it took a last-second rouge to do so. A "rouge" might be one of the weirdest things in the CFL and occurs when a team misses a field goal but the ball goes through the end zone resulting in a single point for the kicking team. Barely beating a Toronto team that had been blown out in their first two games is not a good look for BC.

The Lions defense has been a weak-spot this season allowing an average of 31.2 points per game. The Eskimos should be able to wreck the Lions secondary with quarterback Trevor Harris who has completed 71.9 percent of his passes for 1086 yards and six touchdowns.

Edmonton's defense has also been outstanding, holding opponents to the fewest passing yards (180 per game) and total yards (270 per game) in the league.

The Eskimos are coming off a bye week after a loss on the road to the Blue Bombers in Week 3 and should be well-rested. On the other hand, BC could be tired after only four days of rest since playing Saturday night in Toronto. With the Eskimos 5-2 ATS in their last seven games against BC, back them to win and cover the spread.

Winnipeg is looking just as good as advertised, going 3-0 straight up and ATS and coming off a victory on the road in Ottawa. Toronto is just as bad as advertised starting off 0-3.

McLeod Bethel-Thompson will get the start behind center for the second week in a row for the Argos. Last week he played well completing 25 of 33 passes for 303 yards but couldn't consistently move the chains. Toronto's offense ranks at the bottom of the league in both yardage and scoring.

On defense, the Argos allow the most points (38 per game) and the second most yards (523 per game) in the league. They get destroyed both on the ground (giving up 141.3 yards per game) and through the air (381.7). Toronto will also be without DT Poop Johnson who was recently cut. He didn't start for the Argos but I thought he could have made a good No. 2 (sorry, couldn't resist).

Winnipeg has been winning with their defense and running game, holding opponents to a league low 19.3 points while piling up 134 yards per game on the ground. However, they average just 229.3 yards per game through the air, so they don't have the quick-strike ability of some of the other top teams in the CFL. I expect the Bombers to win but can't take them on the current spread of 14.5. Instead count on them to shut down Toronto's offense and take the Under on the game total.

Nothing sums up the whacky world that is the CFL better than Montreal's 36-29 win over Hamilton just one week after losing 41-10 to the exact same team. The Als ran roughshod over the Ti-Cats on the back of tailback William Stanback who rumbled for 203 yards and three touchdowns on the ground.

Stanback is a 233-pound bruiser with sub-4.5 second speed and every time he's gotten touches he's produced. Montreal will have Vernon Adams Jr. at QB and he's a dangerous scrambler that gained 60 yards on six carries last week. With Stanback and Adams threatening with the ground game, the Redblacks front seven will be kept honest.

Ottawa is coming off a home loss to the Blue Bombers where they were dismantled by a clinical Bombers side. Their running game was stuffed against Winnipeg and penalties also cost them 110 yards. Quarterback Dominique Davis' two picks didn't help.

As bad as Montreal is, they are 8-2 ATS over their last 10 games on the road. Ottawa has struggled to cover against inferior opponents, going 2-6 ATS in their previous eight contests versus teams with a losing record. With the Als coming off a big win, back them to keep things close. Take them and the points.

WANT TO SEE HOW THE EXPERTS ARE LEANING? CHECK OUT OUR HANDICAPPERS

Hamilton was on the ugly side of that upset loss to Montreal and should be plenty motivated for this one. Calgary on the other hand is coming off a huge upset win, and rout, over Saskatchewan on the road.

Incumbent Calgary QB Nick Arbuckle continues to impress in Bo Levi-Mitchell's absense, completing 19 of 22 passes for 262 yards against the Roughriders. On the other side of the ball, DB Tre Roberson has been incredible for the Stamps, racking up five interceptions through the first three games.

That said, this Hamilton offense led by Jeremiah Masoli is a juggernaut and is first in the league in yardage (456 yards per game) and scoring (39.2 points per game). They should be able to pile up yardage against a Calgary defense that struggled in the first two games of the season. While the Ti-Cats also have the highest rated scoring defense in the CFL, they have yet to play an offense of Calgary's caliber. Take the Over on the total. 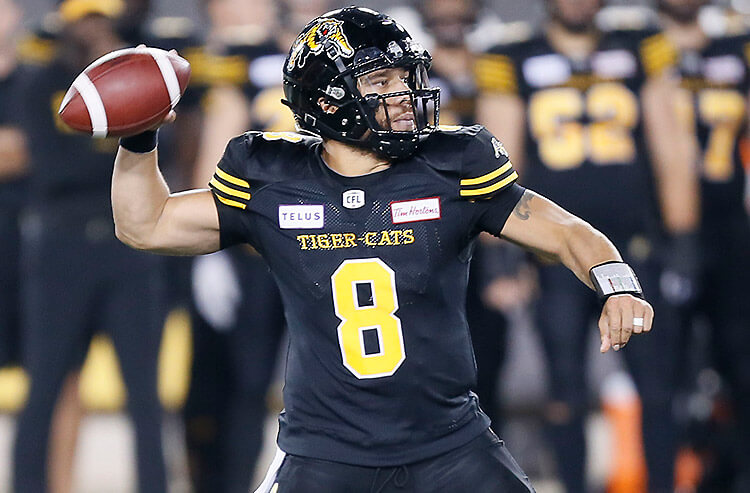 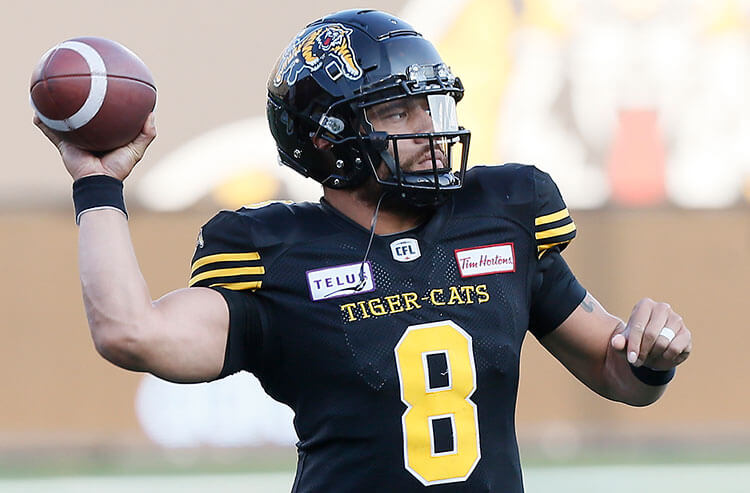 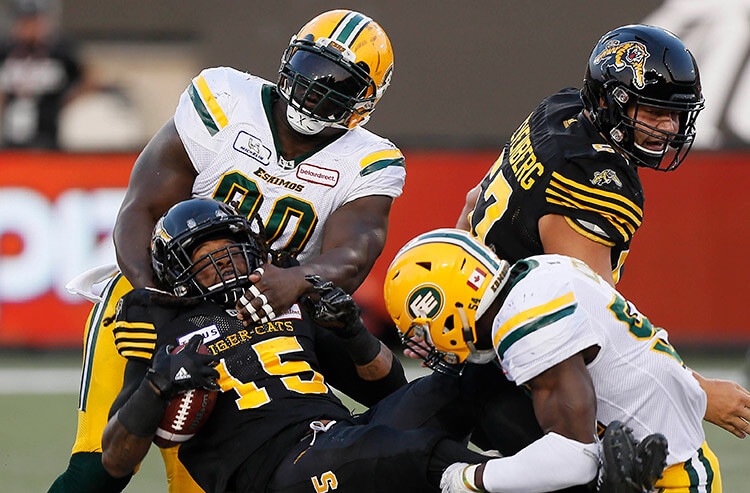 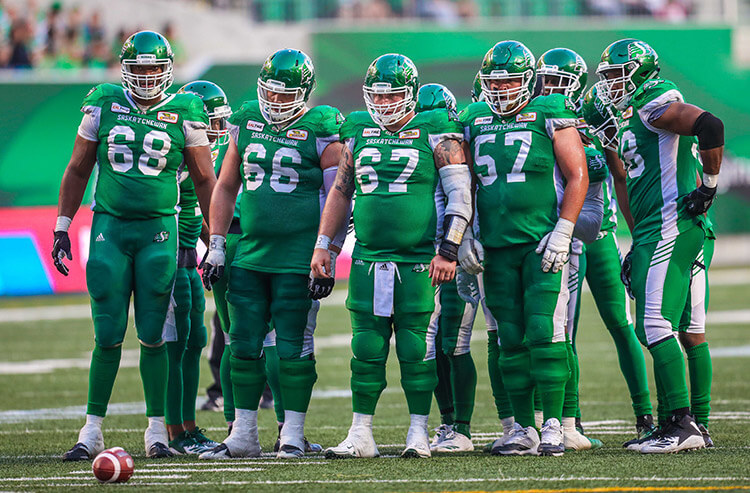 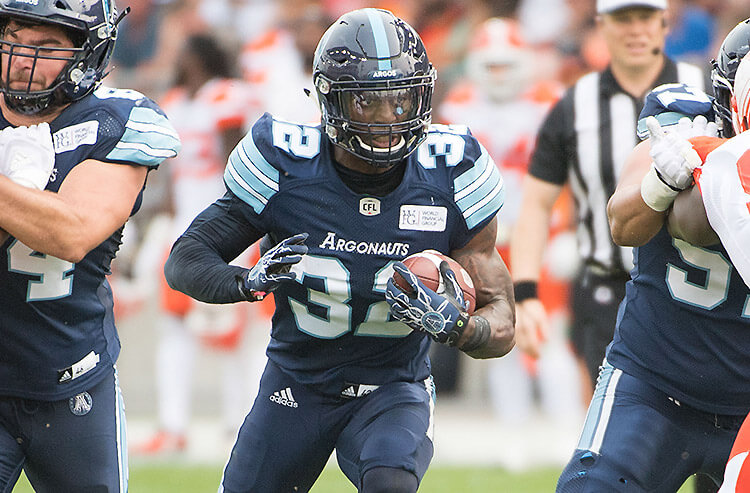 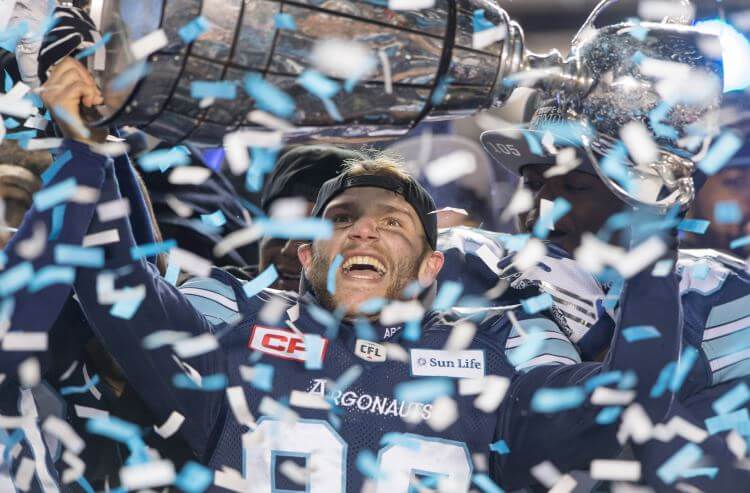 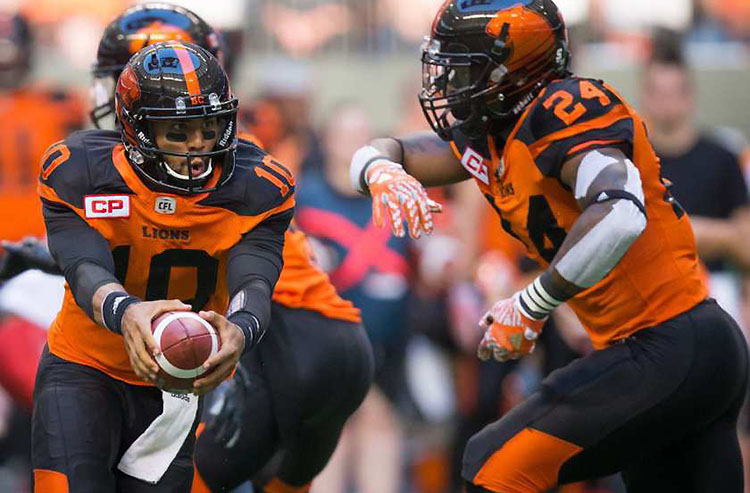