Blue Bombers vs Redblacks Week 2 Picks and Predictions: Winnipeg Doubles Up on Ottawa

The Redblacks nearly pulled off the CFL betting upset with a win last week in Winnipeg but were unable to hang on. With the two in a rematch this week in Ottawa, our picks and predictions expect the Blue Bombers to make it two straight. 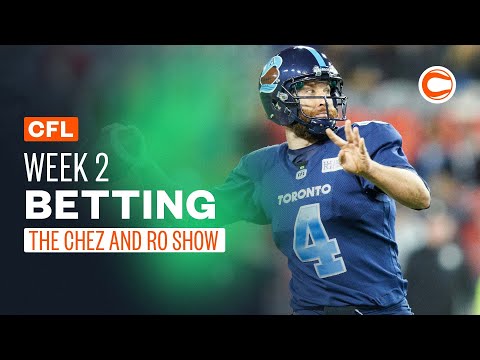 Week 2 in the CFL features our first home-and-home matchup of the year, as the Ottawa Redblacks host the Winnipeg Blue Bombers a week after losing a heartbreaker to the defending champs on the road.

CFL betting lines for this game have seen massive movement, with the Bombers opening as 7.5-point home favourites before shortening all the way to almost a pick'em price.

Has the line swung too much to make it time to consider laying the chalk? We let you know with our best free Blue Bombers vs. Redblacks picks and predictions for Friday, June 17.

This line hit the board with the Bombers installed as favourites of more than a touchdown but money has poured in on the home underdogs, with Winnipeg now installed at just -1. The total has also ticked up tp 45.5 from an opening number of 43.5.

The Under is 7-0 in the Redblacks' last seven games overall. Find more CFL betting trends for Blue Bombers vs. Redblacks.

The Redblacks entered the season looking like a team ready to turn things around and they didn't disappoint with their Week 1 showing. Sure, they didn't end up getting the W in the end, but they pushed the two-time defending Grey Cup champions to the brink in the hostile territory of IG Field.

Backup quarterback Dru Brown marched Winnipeg down the field with less than two minutes on the clock to set up a game-winning field goal and win 19-17.

Starting QB (and reigning CFL MOP winner) Zach Collaros was knocked out of the game late in the fourth quarter after his helmet hit the turf, but he's been a full participant in practice and will be ready to go on Friday.

Another key Blue Bomber that should be in the lineup this week is defensive end Jackson Jeffcoat, who missed Week 1 with an injury. Jackson was named a CFL All-Star last season after piling up nine sacks and Winnipeg struggled to get pressure without him. His rookie replacements were practically invisible and his counterpart on the other end, four-time CFL All-Star Willie Jefferson, had an uncharacteristically quiet day as well.

With a rebuilt line protecting him, Redblacks passer Jeremiah Masoli was able to torch Winnipeg's secondary in his franchise debut, completing 70.6% of his passes for 380 yards. His familiarity with former Ticat teammate Jaelon Acklin (six catches for 143 yards in Week 1) was obvious but he also connected on big bombs to his other receivers, taking advantage of some new faces in Winnipeg's secondary.

I expect Winnipeg's defense to bounce back in this one and put more pressure on Masoli while allowing fewer big plays on the back end. Defensive back Winston Rose was burned on several deep routes last week and looked a little too eager to be a ball-hawk but if he plays under more control, he should be able to return to his All-Star form from 2019 — or get benched.

The Redblacks' ground game will be limited as well, with 170-pound rookie running back Devonte Williams carrying the load with their backfield decimated by injuries.

The Bombers' running game also had a tough time churning out yards in Week 1 but with their powerful offensive line and talented backs, I don't see them getting shut down again.

After Masoli and the Redblacks kept things so close on the road last week, I was all over them at +7.5 earlier this week. However, with the odds shifting so much, the value on the dogs has dried up. With so many proven All-Stars on the Grey Cup-favourite Bombers having down weeks in the season opener, I'll lean towards them at practically a pick'em price.

Even with Masoli throwing for almost 400 yards last week, these teams combined for just 36 points. Both sides had problems picking up yards in the running game, and although Collaros is capable of airing it out, Winnipeg's play-calling often leans toward the conservative.

The Blue Bombers' strength lies in its defense and while it might not be quite as dominant as the one that stuffed the entire league a year ago, it should still be very good.

Although Ottawa's additions on offense have gotten the most publicity, Redblacks GM Shawn Burke also beefed up the defensive backfield with the signings of Money Hunter and Patrick Levels. That defense looked much improved last week and won't fold as easily as it did in 2021.

With the Redblacks going below the total in their last seven games and the Bombers 3-1-1 to the Under in their previous five contests of the road, we're taking the Under here.

My best bet for this game was originally going to be Ottawa +7.5 or Ottawa on the moneyline at more than +200 but that ship has since sailed.

I do think there is some value going against the line movement and backing the defending champions at this number. Especially with a talented defense more than capable of making the necessary adjustments to avoid giving up plays downfield.

Did you know that if you parlayed this week’s CFL Blue Bombers vs. Redblacks picks, you could win $26.45 on a $10 bet? 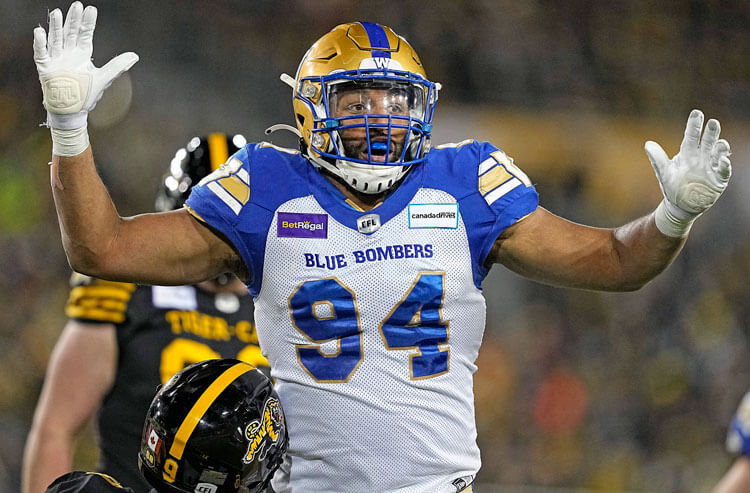 Blue Bombers vs Redblacks Week 2 Picks and Predictions: Winnipeg Doubles Up on Ottawa
Provided by