Don't let the 45 points scored by Toronto last week fool you, that came mostly as a result of its defense. That — in combination with a Stamps defense that also played well last week — should help keep this matchup Under the 52.5-point total. 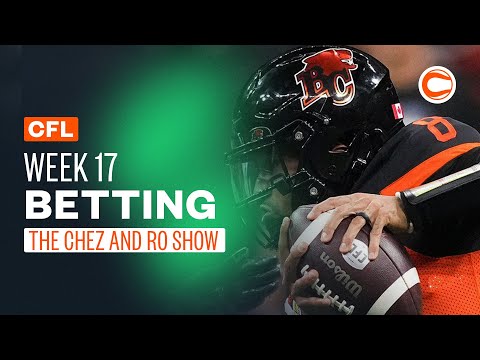 Week 17 in the CFL wraps up Saturday night with a clash between the Toronto Argonauts and Calgary Stampeders at McMahon Stadium.

Both teams have already clinched playoff spots and will be looking to enter the postseason with momentum (and maybe a home game or two).

The Argos have been on a roll but oddsmakers are expecting them to come up short in this one with CFL betting odds opening with the Stamps as 5.5-point home faves.

Here are my best free CFL picks and predictions for Argonauts vs. Stampeders.

Argonauts vs Stampeders picks and predictions

The Argos are coming off a 45-point explosion against the Redblacks but that was mostly due to their defense coming away with six turnovers.

Their offense had a modest 361 yards in that contest and with their lack of ground game and poor pass blocking, quarterback McLeod Bethel-Thompson will likely face a ton of pressure from a Stampeders front that leads the league with 42 sacks.

That said, the Argos defense should be up to the task of slowing down the Stamps attack. The Boatmen limited the Stamps to 22 points when these teams met up in Week 11 and have allowed just 15.5 points per game since then.

Led by linebacker Wynton McManis, the Argos are second in the CFL in both yards allowed per pass attempt (7.8) and yards allowed per rush (4.9) while leading the league in opponent second-down conversion rate (44%).

The Stamps stop unit has been a bit inconsistent this season but was terrific last week and held the Argos to just 19 points in that Week 11 showdown. I'm expecting another tough defensive battle on Saturday and betting the Under 52.5.

The Argos are fresh off a 45-15 win against Ottawa and have gone 4-0 SU and ATS in their last four games. Their last defeat came back on August 20 in that previously mentioned 22-19 loss to the Stampeders.

The Stamps have gone 3-2 SU and ATS since that comeback win against the Argos. In their most recent contest, they bounced back from an overtime loss against BC to hold the Lions to just 295 yards in a 25-11 victory last Saturday.

That was an impressive defensive display from a Stamps squad that has one of the best offenses in the league but has been a bit shaky on the other side of the ball. Calgary got a boost last week with All-Star center Sean McEwan returning to the line but that was immediately offset by the loss of All-Star left tackle Derek Dennis.

The Argos have been dealing with a plethora of injuries all season long but are still atop the weak East Division with an 8-5 mark. Not only did they lose All-Star running back Andrew Harris to a season-ending injury in Week 8, but their offensive line and secondary have been decimated.

Bethel-Thompson has done a good job of spreading the ball around and leads the league with 3,672 passing yards. However, Toronto's line has done a poor job of protecting him or creating holes in the run game with the Argos last in the league in rushing yards per game (76.3) and yards per attempt (4.4).

Toronto's return game has also been terrible ranking last in punt return average and second last in kickoff return average so don't expect them to help the attack.

Argonauts vs Stampeders trend to know

The Under is 4-0 in the last four meetings between these teams while going 5-1 to the Under in their previous six games in Calgary. Find more CFL betting trends for Argonauts vs. Stampeders. 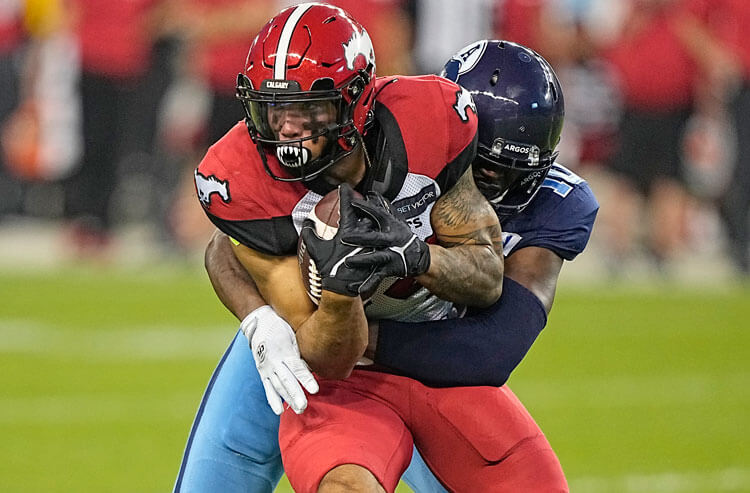 Argonauts vs Stampeders Week 17 Picks and Predictions: Toronto Looks to Stay Hot Out West
Provided by