The Argonauts look to continue steamrolling East competition when they face the lowly Redblacks, and Ottawa's defense is prime to be picked apart by Toronto's underrated QB. Find out more with our CFL netting picks. 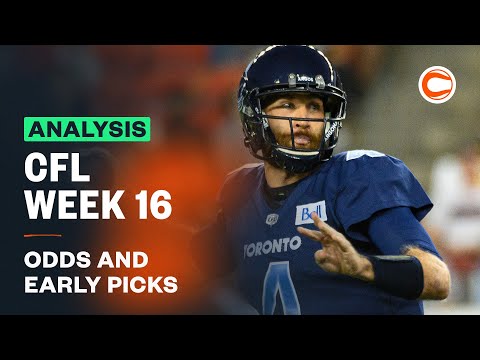 The Toronto Argonauts and Ottawa Redblacks face off in the nation's capital in Week 16 of CFL action on Saturday night.

Both teams are coming off a bye and also clashed in Ottawa the previous week with Toronto winning 24-19 to increase their lead atop the East Division. Oddsmakers expect the Boatmen to prevail again, with CFL betting lines opening the Argos as 2.5-point road favourites for this rematch.

Here are my best free Argonauts vs. Redblacks CFL picks and predictions for September 24.

Argonauts vs Redblacks picks and predictions

Argos quarterback McLeod Bethel-Thompson doesn't get a ton of love from fans, but he's a solid quarterback who is second in the league with 3,427 passing yards. He's shown the ability to move the ball this season despite injuries at wide receiver and poor play from Toronto's offensive line.

Although the Redblacks' offense has shown improvement, their pass defense remains among the worst in the league ranking second-last in passing yards allowed per game (281), yards allowed per pass attempt (9.2), and opponent pass efficiency rating (100.8).

The Argos team total is currently set at 23.5, a total they have eclipsed in seven of their last nine games. Meanwhile, the Redblacks have surrendered at least 24 points in seven of their previous 10 contests.

Look for MBT to take advantage of Ottawa's weak secondary and back the Over 23.5 on Toronto's team total.

The Toronto Argonauts have been decimated by injuries this season but still have the best record in the East at 7-5. They're 5-2 versus East Division foes and while they were upset by the Redblacks in Week 8, they beat them two weeks ago for their third overall win in a row.

That previous clash was a relatively close game with Toronto boasting a small 408-391 edge in yards and a one-minute advantage in time of possession. The Boatmen had a 24-9 lead heading into the fourth quarter and the Redblacks were unable to complete the comeback.

Ottawa has a league-worst 3-9 record but has been a much more competitive team since naming Nick Arbuckle the starting QB just before Week 12. The Redblacks beat the Elks 25-18 that week and followed that with a 38-24 victory against the Alouettes in Week 13.

That said, while their offense has been more consistent with Arbuckle under center, their defense remains among the worst in the league. The Redblacks have also struggled at TD Place this season, going 0-6 straight up and 1-5 ATS.

Last week saw some big gains from both offenses, but when it came down to crunch time, these defenses stepped up and prevented touchdowns. Toronto and Ottawa ended up combining to attempt 10 field goal attempts (connecting on seven) to go below the total for the sixth time in the last seven meetings between these teams in Ottawa.

That said, these offenses rolled up plenty of yards and did a decent job of limiting turnovers, which should mean a higher-scoring game this time around.

Bethel-Thompson completed 69.2% of his passes for 365 yards, while Arbuckle threw for 290 yards, and running back Devonte Williams picked up 80 yards on the ground.

The Argos were also shredded for 399 yards by Ottawa in their Week 8 meeting and their ability to generate a pass rush has been a major problem. 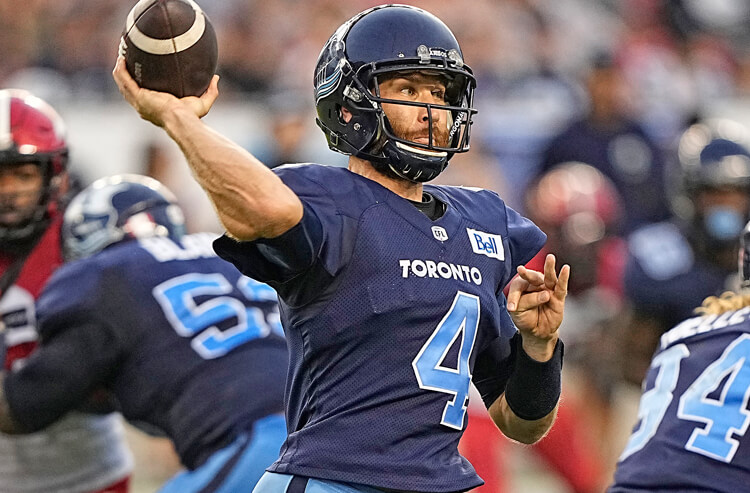