The Winnipeg Blue Bombers have earned the right to be 12.5-point favorites in a game like this but are they built to actually cover these huge numbers? We say no — read more in our CFL betting picks and predictions below. 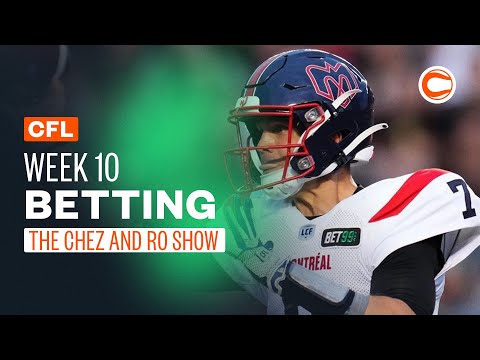 Week 10 of the CFL season kicks off Thursday night as the unbeaten Winnipeg Blue Bombers host the Montreal Alouettes at IG Field. These teams faced off in Montreal last week with the Bombers winning 35-20.

The Over is 5-1 in the Alouettes last six games overall. Find more CFL betting trends for Alouettes vs. Blue Bombers.

The Bombers easily covered the 5.5-point spread last week but the game was actually all tied up at 14 points apiece before the Bombers scored three straight touchdowns in the fourth quarter. The game certainly felt closer than the final scoreline suggested with Winnipeg needing big plays from its offense, defense, and special teams to separate down the stretch.

While Winnipeg's stingy stop unit once again made an opposing quarterback look like an Arena League castoff, Montreal's defense also stepped up with three sacks, a fumble recovery, and three interceptions.

The Bombers are the first team to start a season with nine straight wins since the 2005 BC Lions but this 12.5-point spread is the biggest number they have faced since midway through the 2019 campaign.

Matter of fact, their second-biggest spread over the last two years came at home against the Als last year when they were installed at -11.5 and failed to cover the spread despite closing the game with 17 unanswered points.

The Als might be just 2-6 this season but they've had their share of close losses (with three defeats coming by a single point) and are more talented than that record suggests. The Bombers also tend to play with a stifling, conservative game plan that isn't necessarily conducive to blowing teams out.

There are some injuries on Montreal's side to keep an eye on. In particular, electrifying returner Chandler Worthy, the CFL's leading receiver in Eugene Lewis, and both starting halfbacks (Najee Murray and Wes Sutton), who all might be questionable for Thursday. But provided that a few of those guys end up playing, I feel confident in backing the Als at this number.

These teams combined for 55 points last week and that was with both starting quarterbacks struggling to move the ball.

Led by reigning MOP winner Zach Collaros, the Bombers rank second in the CFL in yards per pass attempt (8.9) while the Als are third (8.4) and both secondaries have given up their share of big plays this season.

That should result in some quick strikes from both offenses and that doesn't even take into account the dynamic returners on each side.

With such a dominant start from the Bombers, we're likely going to see some massive spreads from here on out but this isn't a team that's built to cash those kinds of bets.

Especially against an Als side that likely isn't quite as bad as their record would suggest. This line is likely going to get smaller so if you can still grab it north of +12, hammer away.

Did you know that if you parlayed this week’s CFL Alouettes vs. Blue Bombers picks, you could win $27.27 on a $10 bet? 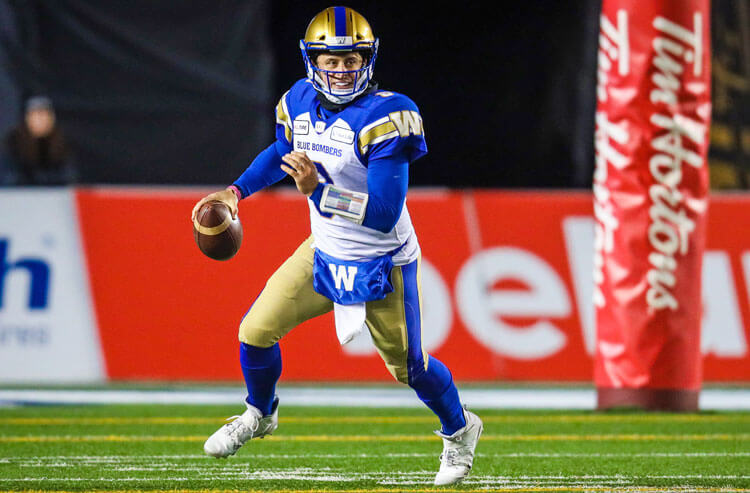 Alouettes vs Blue Bombers Week 10 Picks and Predictions: Can Als Stay Within Double-Digit Spread?
Provided by