Mike Tyson, at one time the Baddest Man on the Planet, recently hinted at a return to the ring at age 53, as did 57-year-old Evander Holyfield. So The SuperBook posted odds for Tyson-Holyfield III.

Who’s up for Tyson-Holyfield III, AARP? The SuperBook thinks it’s possible and on Tuesday night posted Mike Tyson vs Evander Holyfield odds, with the caveat that the beyond-half-centenarian boxers must meet by Dec. 31, 2021, for betting tickets to be live.

In the past couple days, both Tyson and Holyfield intimated they want to come back, perhaps even to renew their rivalry. It’s hardly set in stone, but The SuperBook figured it was worth charging ahead with odds for the potential Tyson comeback bout.

Covers talked with Jeff Sherman and Eric Osterman about the process of setting Tyson-Holyfield odds.

Who is the favorite to win Tyson-Holyfield III

“With the idea being floated around by both Tyson and Holyfield, we felt why not price it?” Sherman told Covers on Tuesday evening, noting the expectation that the bout would be an exhibition. “We’re figuring it would be a scheduled six-round fight. It could go as high as 10, but I doubt it.”

While Tyson is a solid favorite, the initial thought was an even steeper price.

“We actually started higher on Tyson. We were thinking more in the -400 range,” Osterman said. “But the more we thought it through, we could see a lot of people looking to bet the ‘dog, so we came down to where we thought we could get two-way action.”

When will Tyson fight Holyfield?

There’s no date set yet, but The SuperBook isn’t expecting Tyson-Holyfield 3 to take place anytime soon, with a must-fight-by date of Dec. 31, 2021. There were no bettors interested Tuesday night, seeing the matchup as more a novelty than anything, and not wanting to have their money tied up for an undetermined amount of time.

“I would say it’ll be a while before all of this can be decided by both sides,” Osterman said, before proffering a guess. “Sometime in 2021, in my opinion.”

Holyfield won both previous matchups, held at MGM Grand Garden on Nov. 9, 1996, and June 28, 1997, respectively. In the first bout, Holyfield opened a massive 25/1 underdog, tightened to the 5/1 range and beat Tyson by technical knockout in the 11th round. The rematch was the infamous Bite Fight, in which Tyson bit both of Holyfield’s ears over the course of the third round and was disqualified when that round ended.

With Tyson/Holyfield III not even being confirmed yet, most sportsbooks have only opened the one betting market on who will win the fight. With Tyson being the clear favorite, his odds have the minus sign (-) in front of them at -300. This means that bettors would need to wager $300 in order to win $100. A Holyfield win would pay out much more, as he's the underdog at +250. This means that a $100 wager would profit $250.

Where can I bet on Tyson vs Holyfield III

For the moment, The SuperBook at Westgate appears to be the first U.S. book with Tyson-Holyfield 3 odds. But others will surely get on board if the rumors heat up. Check out some of the best sportsbooks available where you live. 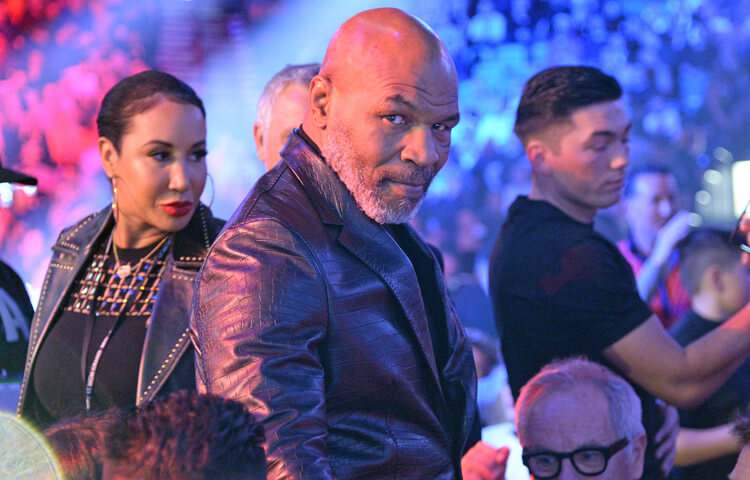 George Kambosos vs Devin Haney Picks: Who Will Rise Up Down Under?
Danny Howard | Jun 4, 2022
About Us
Contact Us
Careers
Our Team
Brand
Testimonials