Did you ever think you'd see a former NBA All-Star and one of the NFL's greatest all-time running backs get in a boxing ring? Well, luckily (or unluckily), it's just around the corner. Check out updated odds for Deron Williams vs. Frank Gore.

Former NBA All-Star point guard Deron Williams is slated to fight former NFL running back Frank Gore on the Jake Paul-Tyron Woodley II undercard on December 18 in Tampa Bay. For both fighters, this will be their pro boxing debut.

Gore has been training in boxing for a long time and has turned away conversations from NFL teams to focus on his training. Williams has trained in MMA and is a part-owner of the Fortis MMA gym in Dallas, Texas.

Here are the latest Williams vs. Gore odds, as of December 16.

Odds for Williams vs Gore

Deron Williams is a former All-NBA point guard who partnered to form an MMA gym in the twilight of his career in 2016. The 37-year-old is an avid MMA fan and was a two-time state champion in wrestling as a youngster, giving up the sport in high school to focus on hoops.

While Williams might not have as much experience in the ring, he does boast a nine-inch reach advantage on Gore which might be a big reason that he opened as a -225 favorite. With the fight less than a week away, those odds have narrowed to Williams at -145 and the underdog Gore at +115. This is perhaps due to Gore's sparring session that recently made the rounds on social media.

The 38-year-old Gore is one of the most durable backs in NFL history, ranking third all-time in career carries (3,735) and rushing yards (16,000). The powerfully built running back led the Jets with 653 rushing yards last year but turned down offers from NFL teams this season so he could focus on boxing.

Gore has used boxing as part of his training for years but that side interest reached a new high in the last few months as he's been actively looking for a fight. With two former elite athletes in their 30s with a long-time passion for combat sports, this bout should be far more competitive than many of the other celebrity matchups we've seen recently.

Deron Williams vs Frank Gore tale of the tape

Deron Williams and Frank Gore will fight on Saturday, December 18 in a four-round bout.

Williams and Gore will fight at Amalie Arena in Tampa Bay, Florida.

The most common way of betting on a boxing match is by picking the overall winner of the bout. With Deron Williams being the favorite for this fight, his odds have the minus sign (-) in front of them at -175. This means that bettors would need to wager $175 in order to win $100. A Gore win would pay out more as he's the underdog at +145. This means that a $100 wager would profit $145. 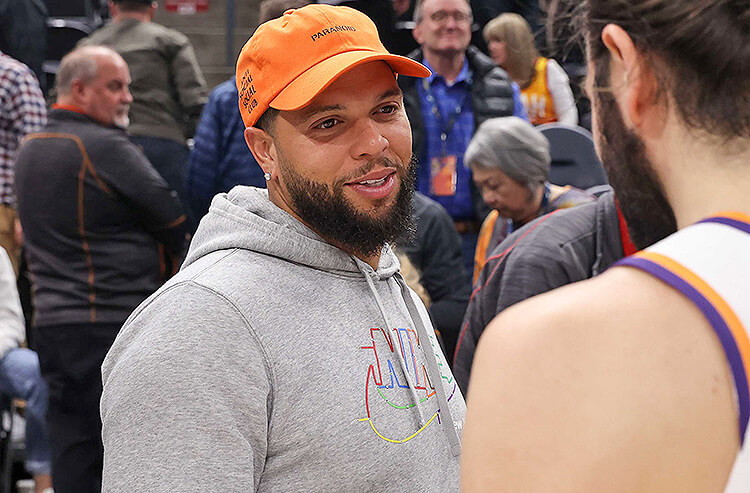 Erislandy Lara vs Gary O'Sullivan Picks: Spiked Into the Mat
Danny Howard | May 25, 2022

Joshua Buatsi vs Craig Richards Picks: Richards Won't Go Down Easy
Danny Howard | May 21, 2022
About Us
Contact Us
Careers
Our Team
Brand
Testimonials