Pushed back from an original Sept. 18 date, Canelo vs Plant will happen on Nov. 6 as the two fighters unify their Super Middleweight titles. Canelo, who already has the WBO, WBA, and WBC belts, is a big favorite in this historic unification bout.

Canelo Alvarez vs. Caleb Plant odds are on the board, as this four-belt unification fight is set for November 6 in Las Vegas.

Pushed back from its original September 18 date, these fighters will unify their Super Middleweight titles as Canelo puts his WBC, WBA, and WBO titles on the line against Plant's IBF belt.

The 29-year-old Plant has yet to suffer a defeat in his pro boxing career, but he opened as a massive underdog against the legendary Canelo in what will crown the first undisputed super middleweight champion of the four-belt era.

Here are the latest Canelo vs. Plant odds for the November 6 fight.

Odds for Canelo vs Plant

Saul "Canelo" Alvarez enters this fight as the No. 1 ranked pound-for-pound fighter in the world and is fresh off an impressive performance against Billy Joe Saunders in May, where he landed 52.7 percent of his power shots and forced Saunders to retire before the ninth round after breaking his orbital bone.

Alvarez has been fighting professionally since he was 15 years old and has won world titles in four different weight classes. In 58 career bouts, Alvarez has only been defeated once, a decision loss to Floyd Mayweather in 2013. Since then, he has reeled off 14 wins and a draw.

Canelo has big wins over Gennady Golovkin, Miguel Cotto, and Julio Cesar Chavez Jr. on his resume, and is no stranger to lopsided odds. The Mexican was a -700 favorite against Saunders and closed as a whopping -5,000 favorite against Avni Yildrim earlier this year before forcing the challenger to quit on the stool after the third round.

Alvarez might give up five inches of height and four inches of reach to Plant but he has faced far stiffer competition than his undefeated opponent. The 30-year-old Plant has successfully defended his IBF super-middleweight title three times but was a huge favorite against each overmatched foe.

Plant was a -1,450 favorite against Mike Lee in his first defense in 2019, -3,333 chalk against Vincent Feigenbutz last year, and installed at -4,000 against a past-his-prime Caleb Truax in January.

Canelo vs Plant tale of the tape

Canelo Alvarez and Caleb Plant are scheduled to fight on Saturday, November 6 in a pay-per-view bout, after the date was pushed back from the original plan of September 18 following contractual disputes.

Canelo vs. Plant will take place at the MGM Grand in Las Vegas, Nevada.

What is the undercard for Canelo vs Plant?

The undercard for Canelo vs. Plant on November 6 has not been announced yet, but it will be filled out as we get closer to the fight date.

The most common way of betting on a boxing match is by picking the overall winner of the bout. With Canelo being the favorite for this fight, his odds have the minus sign (-) in front of them at -1,000. This means that bettors would need to wager $1,000 in order to win $100. A Plant win would pay out more as he's the underdog at +550. This means that a $100 wager would profit $550.

Where can I bet on Canelo vs Plant odds? 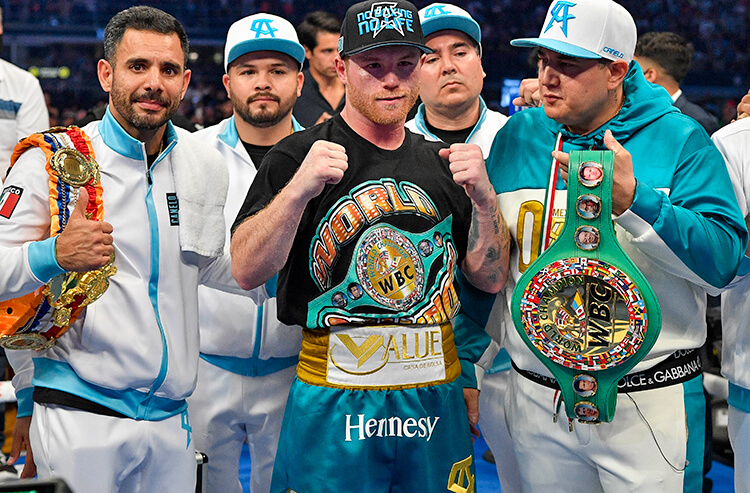