Lando Norris earned the first podium of his career at the Red Bull Ring a year ago, and returns to Austria as one of the hottest drivers in F1. Can Norris and McLaren deliver another strong weekend? Check out our Styrian Grand Prix odds, tips, and picks.

Formula 1 odds and F1 picks are back for the second of three straight race weekends. This week we're bringing you Styrian Grand Prix odds and Styrian GP Picks, as Formula 1 heads to the Red Bull Ring in Austria for back-to-back races.

Here are the full F1 odds and Styrian Grand Prix picks ahead of Sunday's race.

Where is the Styrian Grand Prix taking place?

The Red Bull Ring is one of F1's shortest circuits, with a fast lap typically coming in under 70 seconds, and it's loaded with straightaways where drivers can go flat-out, and high-speed corners, including one into the start/finish straight.

Bottas' nightmare season continued before qualifying even began at the Styrian Grand Prix. The Mercedes driver spun out in the pit lane during Friday's practice and, as a result, was given a three-place grid penalty.

As a result of Bottas' grid penalty, despite out-qualifying teammate Lewis Hamilton for the third time this season on Saturday, he will start the race in fifth. In the thick of the pack is a worst-case scenario for Bottas, as he has previously proven to be poor navigating traffic and making up places, and the Mercedes car is designed to race into clean air, not down the grid.

At the 2020 Italian Grand Prix, Bottas started second, quickly fell down to sixth, then failed to make up positions on the weaker cars ahead of him throughout the race. While that happened, in contrast, Hamilton in the same car dropped down to last due to a penalty, but then methodically picked car after car off to finish seventh. Similarly, at the Azerbaijan Grand Prix in June, Bottas started 10th, was unable to make up any places before he was overtaken by multiple cars during a restart with three laps remaining, to finish 12th.

Barring a flawless start and a rapid climb up the grid on Sunday, Bottas is going to get suffocated by the pack around him and end with another disappointing result.

A year ago at the Red Bull Ring, in the first race of the season, McLaren's Lando Norris put in an absolutely fantastic final lap — the fastest lap of the race — to secure the first podium finish of his career. That was the start of a highly encouraging second season in F1 for Norris, but even with the context of 2020, his 2021 season has been beyond expectations.

Norris currently sits fourth in the World Drivers' Championship standings, and he is the only driver to score points at every race this season. Better yet, he has finished in the Top-5 in six of seven races, including two podium finishes. He's consistently been one of the most attacking drivers on the grid and has picked up positions in every race so far.

Norris finished the two races at the Red Bull Ring in 2020 in third and fifth. This year, with both driver and car improved, he can repeat his podium finish.

The French Grand Prix a week ago saw Aston Martin collect their second double-points finish of the season, with Sebastian Vettel continuing to deliver as he becomes accustomed to his new car and Lance Stroll putting in a great drive to finish in 10th from 19th. After a difficult start to the season, due to a regulation change that seemingly impacted Aston Martin more than any other team, they have begun to resemble the scrappy midfield team they were expected to be.

Vettel and Stroll both qualify well, can get the most out of tires on race day to extend their initial stints and pickup places, and take overtaking opportunities as they come. With the new car now performing up to expectations, Aston Martin should expect both drivers to be fighting for points finishes at every race over the remainder of the season.

Only an engine failure for Stroll at the Austrian Grand Prix last year kept them (then Racing Point) from consecutive double-points finishes at the Red Bull Ring. Vettel, Stroll and Aston Martin can right that with both drivers finishing in the Top-10 on Sunday.

Past winners of the Styrian Grand Prix 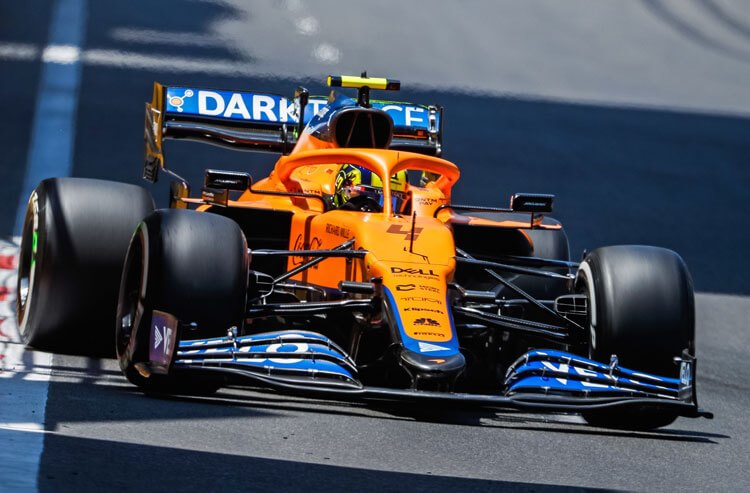