Formula One odds return after a two-week break on the calendar, as F1 heads to the famous Silverstone Circuit for the British Grand Prix.

An electrifying qualifying session on Friday and sprint race drama on Saturday has seen the British Grand Prix odds change every day, but ahead of the Grand Prix, the championship leader is back on top.

Here are the full odds to win the British Grand Prix.

Where is the British Grand Prix taking place?

A former Royal Air Force airfield, Silverstone, the Northampton-based track, hosted the first Formula 1 Grand Prix in 1950 and has remained a staple on the calendar since.  One of the fastest circuits in F1, Silverstone features 18 corners, a few of which are high-speed, and it presents plenty of spots for overtaking.

Red Bull Racing are riding a five-race winning streak, as both their lead in the Constructors' Championship and Max Verstappen's lead in the Drivers' Championship continue to grow. Their most recent win, in the second of two races in Austria, seemed to wake up a monster, however.

Mercedes, winners of the last seven Constructors' Championship, have stated their intention to upgrade their car ahead of the British Grand Prix in order to pick away at the pace deficit they currently have to Red Bull. That is a change from the previous stance, when it was expected they were going to no longer develop the 2021 car in order to focus on the 2022 version. The upgrade comes just in time for Lewis Hamilton, who has won six of the last seven British Grand Prix, but has not won a race in 2021 since the second week of May.

The decision from Mercedes to upgrade their car was a clear statement that neither of their championship chases are over. Hamilton will make a greater statement for them by topping qualifying on Friday.

Believers and fans of Daniel Ricciardo will take solace in his race-day performances, as he has struggled to adapt to the McLaren car in his first year with the team. While he has been consistently beaten by teammate Lando Norris in qualifying, Ricciardo's racecraft is put on display on Sundays.

With F1 experimenting with a new format this weekend, Ricciardo's qualifying struggles can be mitigated. Rather than qualifying on Saturday for the race Sunday, the British GP will have qualifying on Friday to set the grid for a 17-lap sprint race on Saturday, the results of which will set the grid for Sunday. So, Ricciardo will have two chances to climb the grid, should he struggle during qualifying yet again. His growing confidence and ever-present overtaking ability will shine in the sprint race format, and he can secure a Top-6 finish with a strong race on Sunday.

If we're going to hedge against Ricciardo's Top-6 hopes, then we should do it by backing one of his most prominent competitors in the midfield and one of F1's most consistent drivers. Despite being in, at best, the fifth-best car on the grid, Gasly has been among the best midfielder drivers this season. Gasly current sits ninth in the Drivers' Championship standings, despite two DNFs (did not finish) in nine races, with his season highlighted by a podium finish in Baku.

With qualifying and a sprint race ahead of Sunday's Grand Prix, consistency will rise up the grid, and Gasly has consistency in bunches. Aiding his Top-6 push on race day is that two of his most prominent competitors, Charles Leclerc and Carlos Sainz, should be worse off at Silverstone, driving a Ferrari that is yet to display straight-line speed.

After a seventh-place finish at Silverstone in 2020, Gasly can better that position during the 2021 British Grand Prix.

Past winners of the British Grand Prix 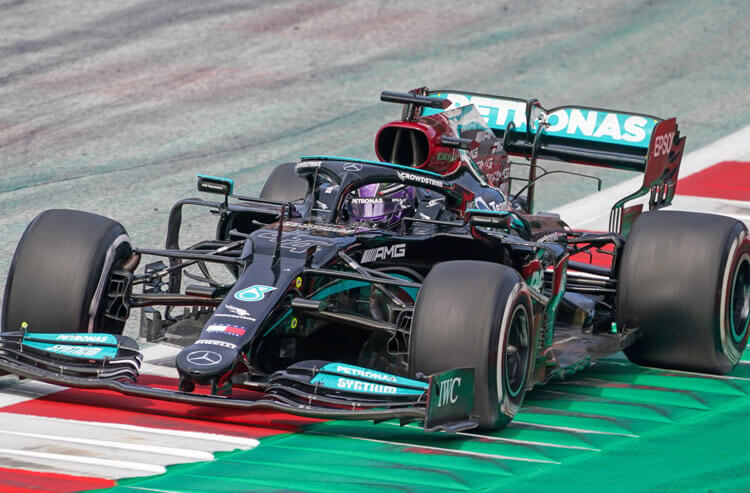