UFC Fight Night on September 18 is headlined by a light heavyweight bout between Anthony Smith and Ryan Spann, who's a +140 underdog. Both fighters are dangerous grapplers and are coming off wins. Find out who we like in our Smith vs. Spann picks.

After a week off, UFC Fight Night betting returns to the UFC Apex in Las Vegas with a card headlined by a battle between Anthony Smith and Ryan Spann.

Both of these ranked light heavyweights are coming off crossroads victories and will attempt to continue their ascent with another win. UFC betting lines have Smith installed as a -170 favorite while Spann comes back at +140.

Here are our best free Smith vs. Spann picks and predictions for Saturday, September 18.

Odds courtesy of FanDuel Sportsbook as of September 13, 2021.

Anthony "Lionheart" Smith is the No. 6-ranked light heavyweight contender and is coming off back-to-back finishes over Devin Clark and Jimmy Crute. While a calf kick to Crute ended that fight early, it's worth mentioning that Smith was clearly outstriking Crute up to that point and landing his jab at will.

Smith is just two years removed from going the distance against Jon Jones for the light heavyweight title. He's 9-4 in his last 13 fights, with each win coming by finish. The 33-year-old is a well-rounded fighter who combines polished Muay Thai with strong BJJ skills.

Spann, meanwhile, is No. 11 in the light heavyweight rankings and is fresh off a first-round knockout win over Misha Cirkunov which earned him a Performance of the Night bonus. That victory allowed him to bounce back from a first-round knockout loss to Johnny Walker and gave him nine wins in his last 10 fights.

The 30-year-old bounced between the middleweight and light heavyweight divisions earlier in his MMA career but looks much better at 205 pounds with his 6-foot-5-inch frame. Spann is long and athletic with solid kickboxing ability and dangerous submission skills.

Smith vs Spann tale of the tape

PREDICTION: Moneyline Spann (+150) - Smith is a tough fighter who can get it done standing up or on the mat but he is mediocre defensively and has taken a ton of punishment in recent years. Spann has knockout power, the length to give Smith problems, and the submission ability to more than hold his own on the ground.

It's also worth mentioning that Spann's lone loss in his last 10 fights came against Walker in a bout where Spann knocked his opponent twice to the mat during the opening frame and almost got the early finish himself. Look for Spann's speed to cause problems for Smith and take the slight underdog on the moneyline.

PREDICTION: Fight to end by submission (+250) - Both of these fighters have crisp kickboxing ability but they are also very dangerous when it comes to grappling. Spann has 11 career wins by way of submission while Smith is a black belt in BJJ, with three of his last four wins coming by sub. This prop is certainly worth a wager if either fighter decides to try the other on the ground.

PREDICTION: Fight to start Round 4 - No (-106) - Smith might be best known for going the distance in a loss against Jones but his victories tend to come early. His previous nine UFC wins came by way of stoppage, including eight finishes within the first three rounds.

Spann is also a fast starter and five of his seven fights in the Octagon have ended in finishes, including four that were stopped in the opening round. Don't expect this one to make it to the Championship rounds. 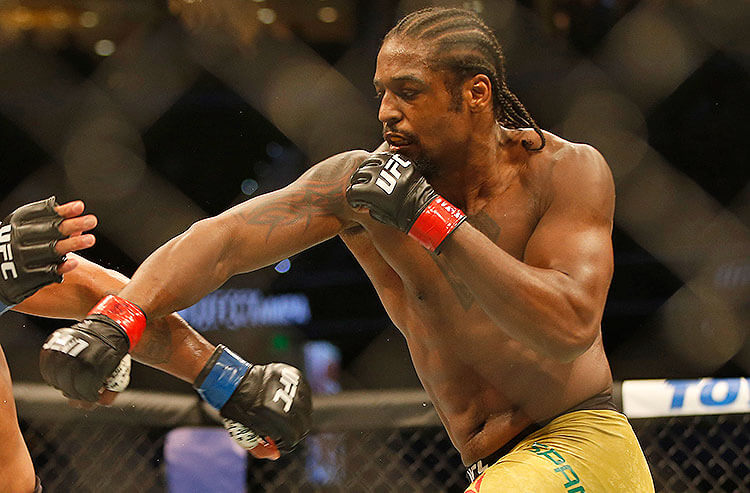