Mackenzie Dern and Marina Rodriguez face off in an intriguing matchup between opposing styles, which could be a title eliminator in an increasingly competitive women's strawweight division. See who we think has the edge in our UFC picks and predictions. 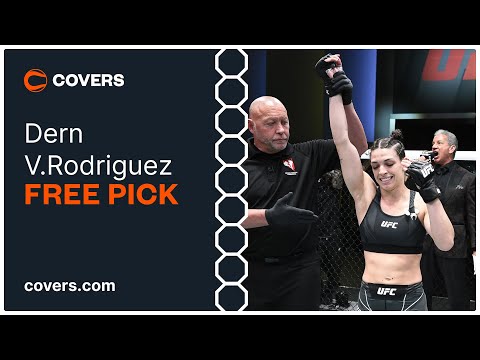 Mackenzie Dern vs. Marina Rodriguez is the main event at UFC Fight Night betting on October 9 at the UFC Apex in Las Vegas.

While this might seem like a questionable choice for a headline event, this is an intriguing matchup between opposing styles and could serve as a title eliminator in what has become an increasingly competitive women's strawweight division. UFC betting lines have the grappler Dern installed as a -160 favorite while the striking specialist Rodriguez comes back at +130.

Here are our best free Dern vs. Rodriguez picks and predictions for UFC Fight Night action on Saturday, October 9.

Odds courtesy of FanDuel Sportsbook as of October 4, 2021.

Mackenzie Dern is the No. 4-ranked women's strawweight contender and is on a four-fight winning streak. In her most recent trip inside the octagon in April, she submitted Nina Nunes in the first round to earn a Performance of the Night bonus.

Dern has power in her hands and a solid chin but her greatest strength is on the mat. A former ADCC and Brazilian Jiu-Jitsu world champion, the 28-year-old is one of the most skilled grapplers in MMA.

Marina Rodriguez is No. 6 in the women's strawweight rankings and is fresh off a unanimous decision victory over the "Karate Hottie" Michelle Waterson in May. Rodriguez is 5-1-2 in the octagon, with her only defeat coming by way of split decision against Carla Esparza last year. Rodriguez has excellent Muay Thai and lands 4.89 significant strikes per minute while absorbing 3.24.

Dern vs Rodriguez tale of the tape

This bout will come down to which fighter can impose their style. If Rodriguez can keep this a stand-up affair, she should be able to outpoint Dern with her technical kickboxing ability. However, if Dern can take this fight to the ground it's game over. Although Dern doesn't have the greatest offensive wrestling, Rodriguez has even less impressive takedown defense.

While Dern isn't as well known for her striking, she can certainly hold her own in that department, especially with the pop she has in her hands. With this fight scheduled for 25 minutes, expect Dern to survive the striking exchanges long enough to get Rodriguez to the ground and take control of the fight.

Rodriguez might be Brazilian by birth but she hasn't shown any acumen when it comes to BJJ ability. She will be extremely outmatched on the ground against a grappling specialist in Dern. With four of Dern's last five victories coming by way of submission, consider this method to win prop.

Rodriguez is typically a decision fighter but Dern is a finisher with four of her last five wins coming within the first round. Since we're predicting a Dern victory by sub in this one, we're backing the Under on the total rounds. 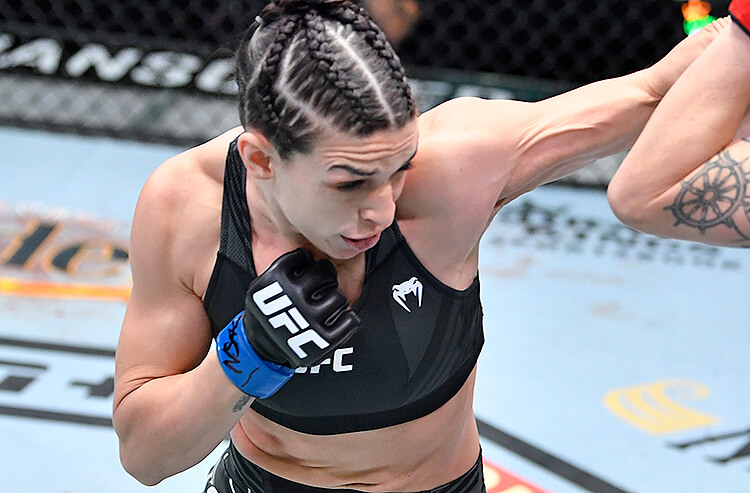