Don't expect a decision to be needed as Rose Namajunas and Zhang Weili meet at UFC 268. Two skilled finishers clash for the strawweight belt, find out who we like to be the champ after Saturday with our Namajunas vs. Zhang picks. 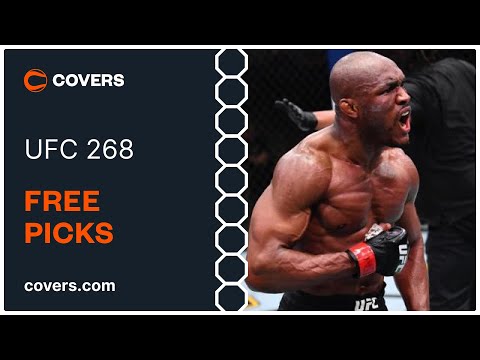 One of the best fights on the main card for UFC 268 betting from MSG is the rematch between Rose Namajunas vs. Zhang Weili.

When these two fought for the strawweight title in April, Namajunas upset the champion Zhang as a +154 UFC betting underdog. Now, Thug Rose is the slim favorite at -120 in UFC odds, while Zhang is the +100 underdog.

Here are our best free Namajunas vs. Zhang 2 picks and predictions for UFC 268 on Saturday, November 6.

Odds courtesy of FanDuel Sportsbook as of November 2, 2021.

"Thug" Rose Namajunas is now the two-time strawweight champion after knocking out Zhang with a head kick just one minute into their fight at UFC 261. Interestingly enough, this will be the third-straight set of rematches that Namajunas will fight.

She knocked out Joanna Jedrzejczyk to claim the 115-pound belt in 2017 and then successfully defended that title with a decision victory over Jedrzejczyk five months later. She then lost the championship by getting slammed on her head by Jessica Andrade before getting revenge with a split decision win against Andrade in July of 2020.

The 29-year-old is a very well-rounded fighter that combines dynamic submissions with excellent footwork and crisp boxing ability.

Zhang "Magnum" Weili had won 21 fights in a row, including five straight in the octagon, before losing the belt to Namajunas in April. Zhang won the strawweight title with a first-round knockout victory over Andrade in 2019 and followed up on that with a successful title defense against Jedrzejczyk that was named Fight of the Year by 11 media outlets.

Namajunas vs Zhang 2 tale of the tape

I had Namajunas to win in the first fight, and while Zhang's power and cardio are impressive, Namajunas is more precise in her striking and is better on the mat with her grappling ability.

Zhang earned plenty of respect for her 25-minute war with Jedrzejczyk, but it's worth mentioning that she was outstruck in that contest and won a close split decision. Meanwhile, Namajunas won back-to-back fights against Jedrzejczyk by early stoppage and unanimous decision.

Zhang's physicality and pressure can be an advantage, but Namajunas' ability to move and counter should play a big role in helping her win again.

Namajunas caught Zhang with a kick to the head but it's tough to finish an opponent with the same method twice in a row, especially when both fighters are so close in terms of talent level.

Zhang recently changed camps and began training at Fight Ready in Arizona alongside Henry Cejudo, and I expect she will try to close distance and get her hands on Namajunas where she can implement some wrestling.

That could be a risky gameplan, however, because Namajunas has excellent grappling and tricky submission skills. With five of Namajunas' 10 career wins coming by way of submission, consider sprinkling a bit of money on that prop at +600.

These are two of the best finishers in the weight class. Four of Namajunas' last six fights ended within the first two rounds and half of Zhang's six UFC bouts ended in the first round.

While Zhang's bout with Jedrzejczyk went the full 25 minutes, it was almost shocking considering how much damage both fighters took. Don't expect this fight to go past the midway point of Round 4. 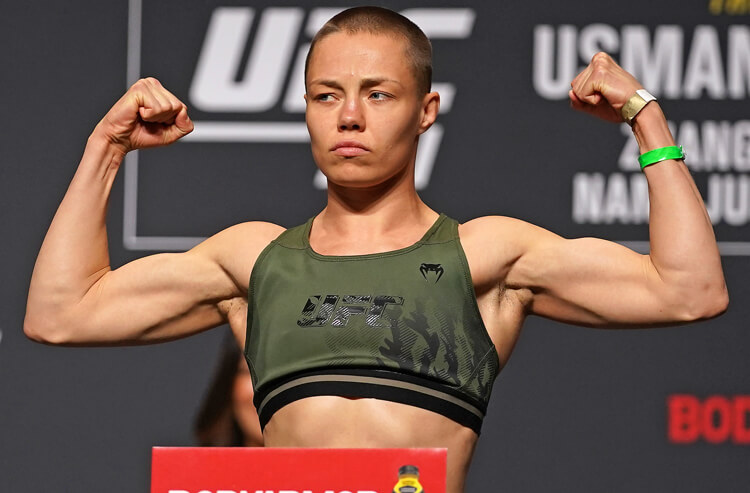