Marvin Vettori, the No. 6-ranked middleweight contender, has won four straight fights and is coming off a unanimous decision victory over Jack Hermansson last December.

Marvin Vettori vs. Kevin Holland is the main event for UFC Fight night betting on April 10 from the UFC Apex in Las Vegas.

Darren Till was originally booked against Vettori in the headline event before dropping out due to an injury suffered in training. Holland stepped in on short notice to face Vettori, just three weeks after he lost a five-round main event.

UFC odds have Vettori as a significant -325 favorite while Holland comes back at +250.

We bring you our best free Vettori vs. Holland picks and predictions for UFC Fight Night on Saturday, April 10.

Marvin "The Italian Dream" Vettori comes into this fight as the No. 6-ranked middleweight contender and is fresh off a unanimous decision victory over Jack Hermansson last December.

Vettori lost a split decision fight to current middleweight champ Israel Adesanya in 2018 and has since reeled off four straight wins. The 27-year-old is a well-rounded fighter who combines high-pressure striking with good grappling and submission skills.

Kevin "Trailblazer" Holland is coming off a unanimous decision loss to Derek Brunson on March 20. Holland is no stranger to fast turnarounds on his fights after going 5-0 with four wins via KO/TKO and three Performance of the Night Bonuses over an eight-month span in 2020.

Trailblazer is now No. 10 in the middleweight rankings and is 21-6 in his career, with 16 wins coming by finish. The 28-year-old is a long and athletic fighter with creative striking and explosive power. He's also an excellent scrambler and capable grappler with six submission wins in his career.

Vettori vs Holland tale of the tape

PREDICTION: Vettori -325 - The big question is what exactly happened in Holland's performance against Brunson. Holland was dominated on the ground but had success standing up and didn't take much damage. The problem was that he didn't seem to care about defending takedowns or trying to get back on his feet – apparently preferring to stay on his back and banter in between ineffective slaps.

Either Holland had a mental breakdown and simply displayed no sense of urgency, or he got absolutely bullied and fell back on his "Bigmouth" personality to hide the fact that he couldn't do anything.

If it's the former then he should be able to hang with Vettori, provided he fights smart and uses his reach and explosive striking. If it's the latter, then he will be completely screwed against Vettori who has effective takedowns and a strong ground game. He also has quicker hands and is a much better boxer than Brunson.

Although Holland saw his hype grow with five wins in 2020, only one of those victories came against a ranked opponent and that was a 41-year-old Jacare Souza coming off consecutive losses. At this point, Vettori is simply the easier fighter to trust with how well-rounded he is and coming off an excellent performance against the No. 7 middleweight in Hermansson.

PREDICTION: Vettori by points +160 - Vettori has good boxing skills and throws a strong left hand but he isn't known for his finishing ability. He doesn't have a single knockout win across nine UFC fights, and seven of his last eight bouts have gone the distance.

Vettori also showed improved cardio in his five-round fight with Hermansson and will be facing off against Holland who is coming off a 25-minute bout of his own. Back Vettori to win by decision to get a better payout than the moneyline.

PREDICTION: Holland by KO/TKO +500 - Vettori absorbed 122 significant strikes in his previous fight and Holland is a more versatile and powerful striker than Hermansson. The Italian Dream has a tendency of leaving his left hand low when in his southpaw stance which leaves him open to head kicks, and his wrestling entries could be vulnerable to Holland's dangerous elbows.

This might seem like a strange bet when you consider the previous two plays but, with four of Holland's last five wins coming by KO/TKO, this prop is worth a little sprinkle at +500. 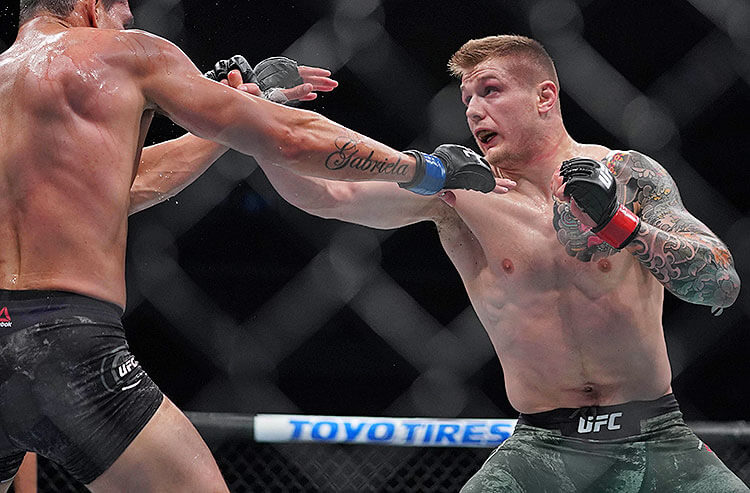 Vettori vs Holland UFC Fight Night Picks: Can Trailblazer Bounce Back?
Provided by

UFC 266 Diaz vs Lawler Picks: Not Above the Law
Rohit Ponnaiya | Sep 21, 2021
About Us
Contact Us
Careers
Our Team
Brand
Testimonials