Derrick Lewis gets set to battle Chris Daukaus as a slight +110 underdog, but his knockout power could give him the edge he needs to finish 2021 with a victory. Read more in our Lewis vs. Daukaus betting preview. 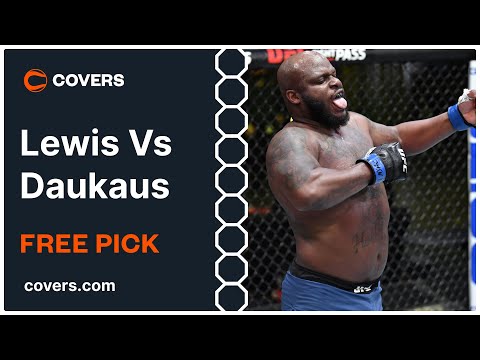 Derrick Lewis vs. Chris Daukaus is in the spotlight as the main event for UFC Fight Night betting on Saturday, December 18.

This will be the final UFC event of 2021 and the marquee should be a banger between two heavyweights with knockout power. Oddsmakers are expecting a close fight, with UFC betting lines installing Daukaus as a -140 favorite while Lewis comes back at +110.

Here are our best free UFC Fight Night: Lewis vs. Daukaus picks and predictions for December 18 from the UFC Apex in Las Vegas, Nevada.

Odds courtesy of FanDuel Sportsbook as of December 14, 2021.

Derrick "The Black Beast" Lewis is the No. 3 ranked heavyweight contender and is fresh off a third-round TKO loss to Cyril Gane when he fought for the interim belt in August. That snapped a four-fight winning streak for Lewis who has notable career victories over current Top-5 heavyweights Francis Ngannou, Curtis Blaydes, and Alexander Volkov.

The 36-year-old is a massive man that walks around at 290 pounds before cutting for the weigh-in. His conditioning and skills are subpar but he has terrific strength and punching power, with a UFC record 12 knockouts in the heavyweight division.

Chris Daukaus has won five straight wins by knockout, including four consecutive finishes since being signed by the UFC. He is No. 7 in the UFC heavyweight rankings and received Performance of the Night bonuses in each of his last three fights, most recently against Shamil Abdurakhimov in September.

The 32-year-old resigned from the Philadelphia police department earlier this month to focus on MMA full time. Weighing in at 231 pounds for his bout against Abdurakhimov, Daukas is relatively small for the heavyweight division but has good movement, quick hands, and accurate boxing.

Lewis vs Daukaus tale of the tape

Daukaus is rising up the rankings and is the superior technical striker but Lewis represents a massive step up in competition for a guy who made his promotional debut just 16 months ago. Daukaus looked great in his first four career UFC fights but his debut was against the unimpressive Parker Porter, his next two finishes came against grappling specialists in Aleksei Oleinik and Rodrigo Nascimento, while Abdurakhimov is a plodding 40-year-old.

Lewis isn't exactly fast on his feet but he's deceptively quick and athletic and has the power to put anyone to sleep. Although Lewis struggled to connect against Gane, Daukaus has nowhere near the elusiveness and defense of the Frenchman. In fact, while Daukaus pieced up Abdurakhimov with a pair of knockdowns he also was tagged a few times as well. If he lets Lewis touch him like that it won't go well for him.

If Lewis wins this one it's almost certainly not going to be by throwing more volume than Daukaus over five rounds (or even less likely by submission) so if you're backing him, this method to win prop makes the most sense. Lewis has insane power and 20 of his career 25 wins have come by KO/TKO with most of his decision victories coming in 15-minute bouts against wrestlers who took the fight to the mat as much as possible.

Daukaus prefers to stand and bang and has been knocked out twice previously in smaller promotions. Lewis will be the hardest hitter he has ever faced and will test his durability.

Most of Daukas' stoppages have come earlier on in his fights but I think he'll be cautious of Lewis' power in this one and take a more measured approach in the early going. Keep in mind that when Daukaus was interviewed in July, he said that Lewis has more power and is a "scarier fighter" than Ngannou.

For his part, Lewis is known for his patience, often waiting for an opening before exploding into his punches. Eight of his last 10 wins have come after the midway point of Round 2 and that looks like the most likely outcome on Saturday. 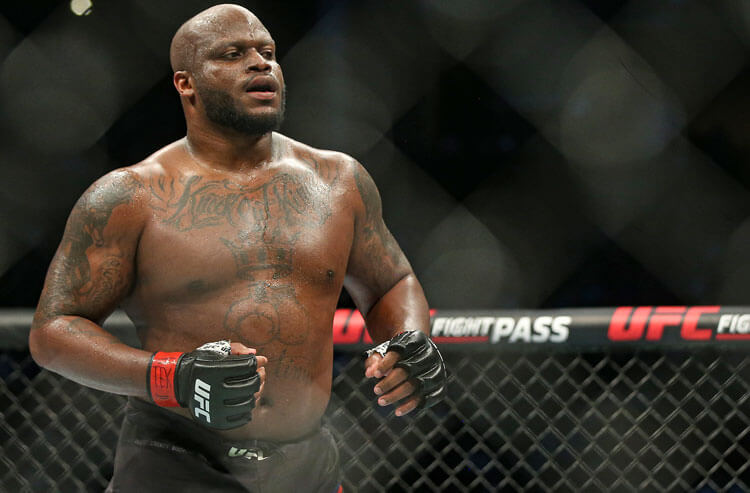 UFC 274 Namajunas vs Esparza Picks and Predictions: Cookie Monster Too Tough to Crack
Rohit Ponnaiya | May 7, 2022

UFC 274 Oliveira vs Gaethje Picks and Predictions: Saturday's Weigh-Ins Have Changed the Narrative
Rohit Ponnaiya | May 7, 2022

UFC 274 Rua vs Saint Preux Picks and Predictions: Eight Years and Over in a Flash
Danny Howard | May 7, 2022
About Us
Contact Us
Careers
Our Team
Brand
Testimonials