This featherweight bout between Aspen Ladd and Norma Dumont is the main event at UFC Fight Night on October 16. Ladd, who will be fighting for the first time in 22 months, is a slight betting favorite. Find out who we like in our Ladd vs. Dumont picks. 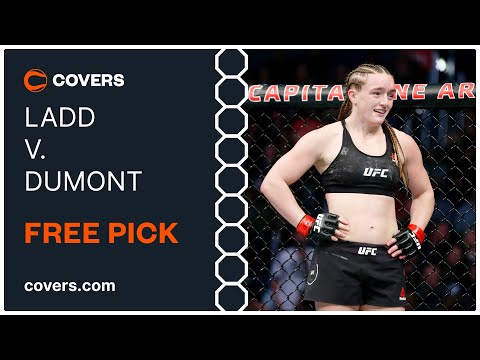 Aspen Ladd vs. Norma Dumont is the main event at UFC Fight Night betting on October 16 at the UFC Apex in Las Vegas.

Dumont was originally set to face Holly Holm in a featherweight bout but with the former champ forced to withdraw due to a knee injury, Ladd stepped in on short notice and makes her long-anticipated return to the octagon. UFC betting lines have Ladd installed as a -138 favorite while Dumont comes back at +110.

Here are our best free Ladd vs. Dumont picks and predictions for UFC Fight Night action on Saturday, October 17.

Odds courtesy of FanDuel Sportsbook as of October 14, 2021.

Ladd is currently ranked No. 3 in the women's bantamweight decision but will be fighting for the first time in 22 months after recovering from a torn ACL and MCL. The 26-year-old had been one of the most promising young fighters in the UFC, and in her last appearance knocked out Yana Kunitskaya in December 2019.

Ladd is 9-1 in her career with an impressive TKO win over former Invicta bantamweight champ Tonya Evinger on her resume. Her only defeat came at the formidable hands of one of the best female fighters in the world, Germaine de Randamie.

Ladd is a solid striker but her biggest strength is her offensive wrestling, where she uses powerful takedowns and vicious ground-and-pound to pulverize her opponents.

Norma "The Immortal" Dumont was knocked out in the first round of her promotional debut against Megan Anderson in February 2020, but she has bounced back nicely with consecutive decision wins since then.

With a brown belt in BJJ, Dumont is a dangerous grappler but her biggest strength is her versatile striking ability. She outstruck former Invicta champ Felicia Spencer 68-47 in her previous bout in May and had a 94-42 edge in significant strikes against Ashlee Evans-Smith last November.

Ladd vs Dumont tale of the tape

Both of these fighters have a history of badly missing weight or coming in visibly drained after cutting 135 pounds, so making the move up to featherweight makes sense.

Ladd was originally set to fight Macy Chiasson two weeks ago before missing weight so she's already been in camp preparing for a similarly dangerous striker. The late substitution will actually be a more radical change for Dumont who was originally scheduled to face a kickboxer in Holm and will now have to adapt to a wrestling specialist in Ladd.

Although Ladd hasn't fought in almost two years and this will be her first bout since recovering from a torn ACL and MCL, that's really the only reason you're seeing this line so close. Dumont has good striking but she doesn't have the power to put Ladd away and she won't be able to withstand her wrestling and ground attacks.

Ladd isn't one of those wrestling specialists that just lays on her opponent and relies on control — she unleashes brutal ground-and-pound which typically results in finishes.

Eight of Ladd's 10 career fights have ended by stoppage, and while Dumont has solid grappling ability, I don't think she'll be able to stand up to the damage once Ladd takes top control.

I think this fight will go one of two ways — either Ladd will be able to get the takedowns and wear down Dumont with strikes on the mat, or Ladd will look like a shell of her former self and get pieced up by Dumont's slick striking in the stand up.

Either way, I have a hard time seeing this fight going past the midway point of Round 5. 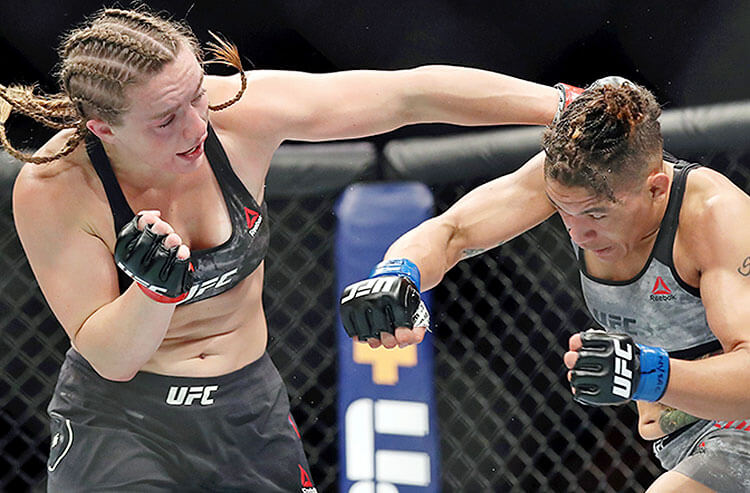