Giga Chikadze has been cruising up the featherweight rankings and looks to go a fitting 8-0 in the octagon. Standing in his way is Calvin Kattar, who the books think will fall early, but our Kattar vs. Chikadze picks see this going the distance. 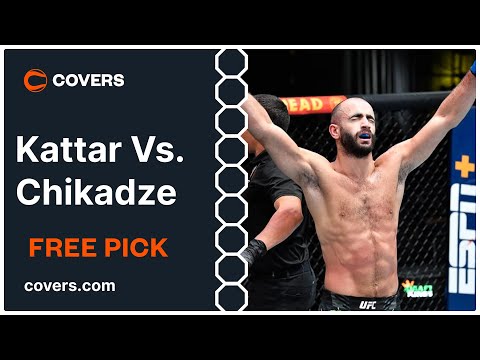 UFC Fight Night betting returns with the first event of the year on January 15, headlined by a matchup between featherweight contenders Calvin Kattar and Giga Chikadze.

UFC betting lines opened with the surging Chikadze as a -200 favorite and he has since moved to -250, while Kattar is the underdog at +190.

Here are our best free UFC Fight Night: Kattar vs. Chikadze picks and predictions for tonight, January 15 from the UFC Apex in Las Vegas, Nevada.

Odds courtesy of FanDuel Sportsbook as of January 13, 2021.

Calvin Kattar is the No. 5-ranked featherweight contender and is entering the octagon for the first time since a lopsided decision loss to Max Holloway almost exactly a year ago. Holloway shattered the UFC record with 445 significant strikes in that contest but Kattar didn't back down and ended up taking home a Fight of the Night bonus for his efforts. Prior to that defeat, he had won back-to-back fights over Jeremy Stephens and Dan Ige.

The 33-year-old is now 6-3 since entering the UFC in 2017, with all three of those losses coming by decision. Despite a background as an outstanding high school wrestler, Kattar prefers to keep things standing up with his crisp boxing and vicious elbows. The Boston Finisher has lived up to his nickname, with four of his last five wins coming via KO/TKO.

Chikadze jumped up to No. 8 in the featherweight rankings after a third-round knockout win against Edson Barboza in August. That was Chikadze's third-straight Performance of the Night bonus following TKO wins versus Cub Swanson and Jamey Simmons.

The 33-year-old has now won nine fights in a row and is a perfect 7-0 in the octagon. With a background as a professional kickboxer, the Georgian native is an adept striker with elite kicking ability. He's most well-known for his "Giga kick" a devastating shot to the liver which has resulted in several knockouts, including that fight against Swanson.

Kattar vs Chikadze tale of the tape

This is an intriguing matchup between one of the better boxers in this weight class and one of the most dangerous kickers.

If Kattar was to use his wrestling pedigree, he might be able to make things messy, but he has never really utilized that aspect of his game in MMA. He's also been a tad bit exposed in recent fights against strikers like Holloway, Zabit Magomedsharipov, and Renato Moicano, who are calm under pressure, take good angles and utilize kicks to maintain distance. Descriptions that also fit Chikadze to a tee.

Chikadze looks poised for a title shot and is more than just a kicking specialist. He showed how good his hands are against a veteran fighter in Barboza and he also displayed superior speed and a high fight IQ during that fight. Expect Chikadze to add another victory to his resume tonight.

Oddsmakers currently have Chikadze priced at +120 to win by KO/TKO and +270 to win by points, which means they think it's twice as likely the Georgian will win by way of knockout than decision. We're not so sure about that. While Chikadze has knocked out his last three opponents, his first four fights in the UFC all went the distance.

Kattar also has a granite chin and has never been finished by strikes in his MMA career. Matter of fact, he has never even been knocked down in 27 career fights going all the way back to 2017. Considering that he was able to eat more than 400 significant strikes from Holloway, we like his chances for being able to make it the full 25 minutes in this one, even if he ends up with another loss. 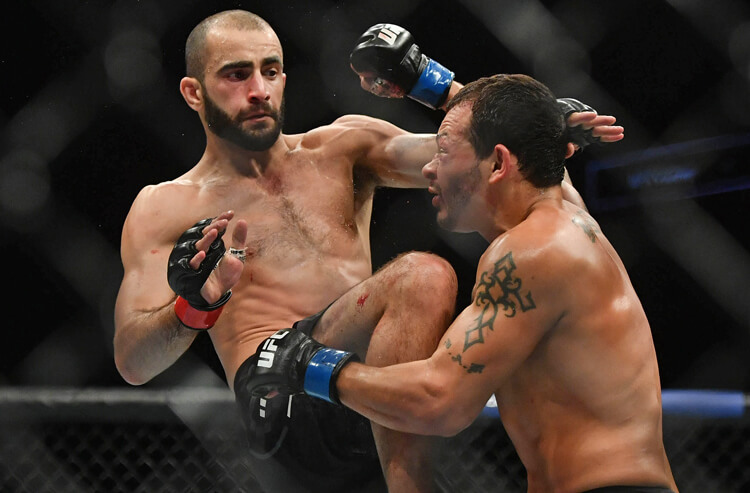 UFC 269 Neal vs Ponzinibbio Picks: This Banger's Ending With a Knockout
Rohit Ponnaiya | Dec 11, 2021
About Us
Contact Us
Careers
Our Team
Brand
Testimonials