Two of the most entertaining fighters and vicious strikers in the UFC will headline Fight Night on November 13, with featherweight contenders Max Holloway and Yair Rodriguez squaring off. Find the UFC betting value in this one with our picks. 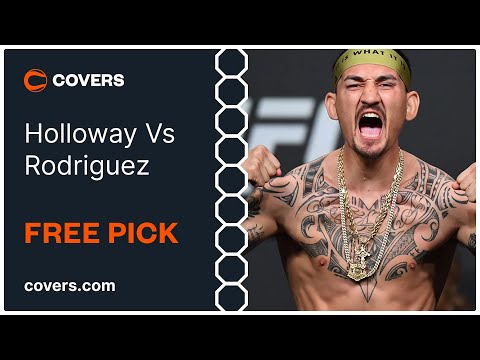 It won't be easy to top the amazing fights from the last two weekends but it might happen when Max Holloway and Yair Rodriguez square off in the main event for UFC Fight Night betting on November 13.

These featherweight contenders are two of the most exciting strikers in MMA and even with lopsided UFC betting odds for this matchup, fans will be in for a treat. Holloway opened as a -350 favorite and that line has already moved to -600 with Rodriguez coming back at +450.

Here are our best free UFC Fight Night: Holloway vs. Rodriguez picks and predictions for Saturday, November 13 from the UFC Apex in Las Vegas, Nevada.

Odds courtesy of FanDuel Sportsbook as of November 8, 2021.

Max "Blessed" Holloway is the No. 1 featherweight contender and is coming off a dominant decision victory over Calvin Kattar in January where he landed a UFC record 445 significant strikes (shattering his own record of 290). That allowed Holloway to get back in the win column after back-to-back close losses to current champ Alexander Volkanovski.

Holloway is just 29 years old but has already fought 24 times in the UFC and is considered one of the greatest featherweights of all time, with three successful title defenses. He's 15-3 in his last 18 fights, with his only defeats coming in title bouts against Volkanovski and Dustin Poirier (at lightweight).

Blessed is a long and rangy fighter with terrific kickboxing ability. He also has a solid chin, high-volume output, and phenomenal cardio.

Yair Rodriguez is the No. 3 ranked featherweight but hasn't fought since October 2019, when he took a unanimous decision victory against Jeremy Stephens to claim his second straight Fight of the Night bonus. El Pantera is 8-1 in the octagon and has earned a whopping seven FOTN or Performance of the Night bonuses.

The 29-year-old has a background in taekwondo and has some of the best kicks in MMA, including a wide assortment of highlight-reel strikes that look straight out of a kung fu blockbuster.

Holloway vs Rodriguez tale of the tape

This line is massively lopsided for good reason. Holloway might be the best pure striker in the game and his only three defeats in the last eight years came against the current champ (and could have gone either way) and when he moved up in weight to face a guy that will be fighting for the lightweight title next month.

Rodriguez hasn't been the most active fighter with just three wins in the last five years. Two of those victories came against over-the-hill fighters who were in the middle of massive losing streaks (B.J. Penn who ended up losing seven in a row before retiring and Jeremy Stephens who has now dropped five straight). The other was a last-second reverse elbow knockout of the "Korean Zombie" Chan Sung Jung in a fight which he would have lost had it gone to the judges' cards.

Unless he is able to pull off another bizarre knockout with a never-before-seen technique don't expect him to defeat Holloway.

Rodriguez has some of the most creative and dynamic kicks around but Holloway is the far more diverse striker. Blessed is capable of throwing fantastic kicks but also possesses high-level boxing ability along with damaging knees and elbows in the clinch.

Holloway should be able to outstrike Rodriguez enough to get the win but it's tough to figure out whether or not he'll get the finish. Holloway had four straight wins by TKO in the not-so-distant past but his last five fights have gone the full 25 minutes. That said, even those knockouts tended to happen later in the bout, with three occurring during the final minute of the third round and the other ending by doctor stoppage after the fourth.

Holloway's gas tank is one of his biggest strengths and he typically increases his already insane output during the final rounds. Back Holloway to either get the finish in the championship rounds or win by points.

If you're looking for a more profitable play we'd suggest the one above but if you want a total rounds bet, this seems like a sure hit that would look nice in a parlay. Holloway tends to be on cruise control for the first few rounds before picking up the pace and his last 11 fights have gone until at least the four-minute mark of the third round.

Even if Rodriguez pulls off the upset victory it likely won't be early. Five of his eight wins in the octagon came by points — and another was literally one second from going the distance in a five-round main event. 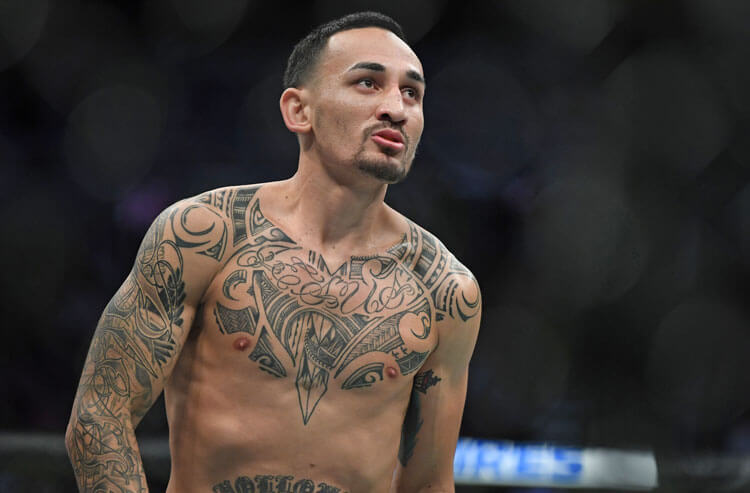 UFC 269 Oliveira vs Poirier Picks: Strike Strong Like a Diamond
Rohit Ponnaiya | Dec 11, 2021
About Us
Contact Us
Careers
Our Team
Brand
Testimonials