Marvin Vettori is more technically polished than Paulo Costa, and if he's able to withstand the early barrage, should be able to grind him down with superior wrestling and cardio. Check out our full UFC betting picks for Saturday's main event. 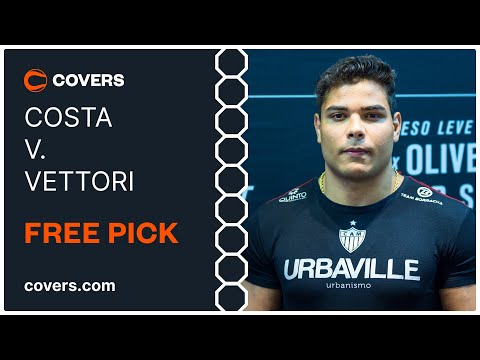 Paulo Costa vs. Marvin Vettori is the main event at UFC Fight Night betting on October 23 at the UFC Apex in Las Vegas.

This should be an exciting bout between a pair of bruisers looking to bounce back from brutal losses to the current middleweight champ Israel Adesanya. However, this battle will take place at 205 pounds after Costa was unable (or unwilling) to even make a catchweight of 195 pounds.

UFC betting lines have Vettori as a -184 favorite. Here are our best free Costa vs. Vettori picks and predictions for UFC Fight Night action on Saturday, October 23.

Odds courtesy of FanDuel Sportsbook as of October 19, 2021.

USA: Make DraftKings your sportsbook of choice for the UFC. Sign-up now and get a first deposit bonus up to $1,000. Claim Now

Canada: All set for some UFC action? You can get up to $500 in free bets when you sign-up at Sports Interaction. Claim Now

The last time we saw Paulo "The Eraser" Costa in the octagon was 13 months ago, when he fought Adesanya for the middleweight title and was picked apart with leg kicks before getting dropped and finished in Round 2.

Prior to that defeat, Costa had a perfect 13-0 record, including five straight wins in the UFC. The Brazilian comes from a background in BJJ but prefers to mix it up on his feet and has tremendous power in his hands and body kicks. Five of his last six wins have come by way of knockout.

Marvin "The Italian Dream" Vettori is fresh off a unanimous decision loss to Adesanya at UFC 263 in June. Vettori had previously lost to Adesanya by split decision in 2018 before reeling off five straight wins to earn the rematch and a shot at the title.

The 28-year-old is a well-rounded fighter who combines high-pressure striking with good wrestling and grappling ability.

Costa vs Vettori tale of the tape

On Wednesday, Costa admitted that he would be unable to make 185 pounds and Vettori agreed on a catchweight of 195 pounds. Then less than 24 hours before weigh-in, the fight has been changed to a light heavyweight bout at 205.

While it's fair to question Costa's work ethic and mindset for this weight debacle, being able to avoid a brutal weight-cut is a distinct advantage especially for a bigger fighter like him that prefers to bully his opponent.

That said, Vettori is the better all-around fighter and can mix in his wrestling while stringing together combinations. And with the Italian Dream eventually weighing in at 204 pounds on Friday, there might not be a massive size discrepancy between these two when they actually step in the octagon.

Another factor to consider is the poor fight IQ that Costa has shown in the past: He has a tendency to just walk forward and throw hands but doesn't move well laterally or adjust to different looks.

On the other hand, Vettori is more technically sound. The Italian Dream has a granite chin and if he's able to withstand the early onslaught from Costa he should be able to wear him down with his superior wrestling and cardio.

We originally backed Vettori on Sunday, when this line hovered around -130 but with steam coming in on the Italian Dream and pushing his line to -184, it's tough to pay that sort of vig on what is looking like a circus of a fight that could go either way. We hope you grabbed Vettori on the moneyline early in the week because this is looking like a bet to avoid now.

Costa is a powerfully-built fighter who admitted to weighing 211 pounds on Wednesday. While that size gives him formidable strength and power, it also takes a lot of energy to carry around the octagon, especially with his high output level.

Dragging the challenger to the deep end in the championship rounds is Vettori's best chance of victory. We think the Italian Dream will do that by relying on his wrestling ability and limiting Costa's power strikes in the early exchanges. With five of Vettori's last six victories coming by decision, look for him to outpoint Costa over 25 minutes.

Costa is a finisher that has only gone the distance once in his career but we think this fight will be controlled by the pace and wrestling of Vettori. Vettori has gone the distance in nine of his previous 10 fights and his last three bouts have gone 25 minutes. 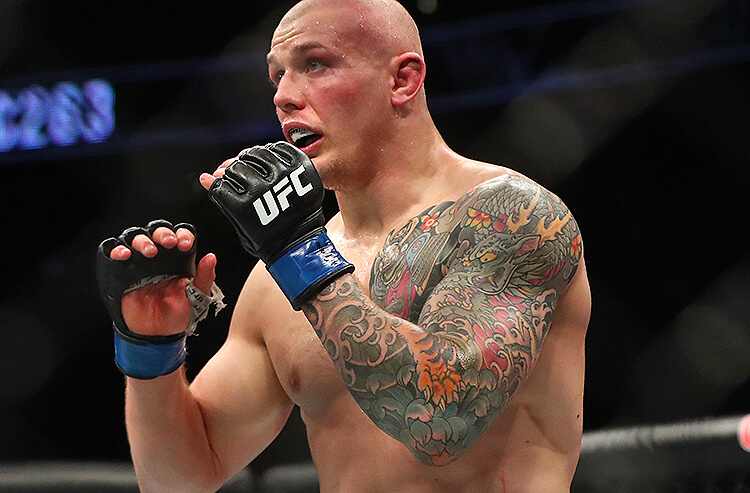